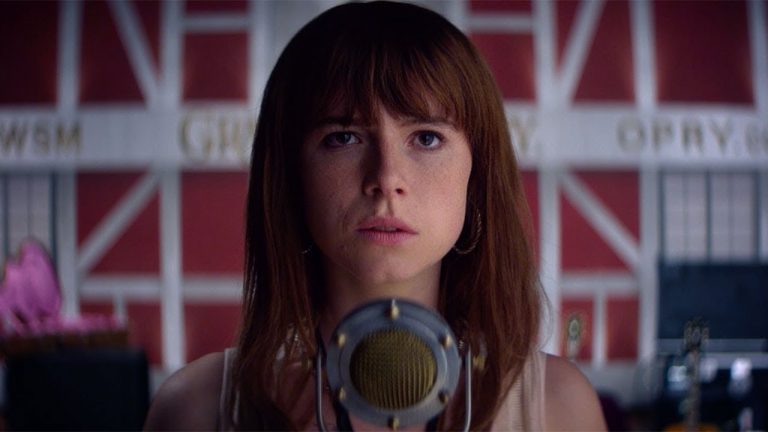 When presenting a tragedy on film, it’s easy to wallow in the grief and trauma that comes with the cause of the tragedy. With The Hate U Give, director George Tillman Jr. manages to instill a surprising level of hope within this story of police brutality, racism, and hate. Driven by a knowing performance from Amandla Stenberg, one that shows that she’s fully aware of the weight of the role she’s playing, The Hate U Give is an important young adult focused film that retains a level of optimism in a fractured, tortured world, that many other similar stories lack. This is lead by example storytelling, and it’s masterfully done.


One of the most awe-inspiring moments in cinema in 2019 comes midway through Dexter Fletcher’s Rocketman. Elton John – played in a transformative performance from Taron Egerton – is playing Crocodile Rock at one of his first concerts in America, and the audience is responding to his music perfectly. They’re invigorated and excited, with John’s antics being perfectly working in harmony with the beat of their feet. Then… in a moment of pure magic, Elton John starts to float up from the piano, and in turn, the audience floats with him. It’s in this short moment that the weightless feeling that great music conjures inside us is presented, and this is why Rocketman is one of the best films of the year.


Like a broken record, I’ll repeat the same thing I’ve said about Happy Sad Man as I’ve said every else on this here site: this is the most important film you could see this year. I’ve been vocal about my own struggles with mental illness – having lived with depression and anxiety for a while now – but Happy Sad Man made me feel ok about talking about these problems, about being more open about my own journey with the black dog we live with. Happy Sad Man also looks at the silent strugglers, the happy guys in society who are outwardly smiling, but inwardly in pain, and with the generous and kind heart of director Genevieve Bailey, a hand is extended to all of these silent strugglers as they’re reminded that it’s ok to be in pain.


Even with Cold Pursuit in the wild, it still feels like some kind of bizarre Simpsons-joke conjured into life. Liam Neeson playing a vengeful snow plow driver? Really? Well, the execution is better than the concept even suggests. Manically pitch black with its comedic execution, delivering every bloody, bonkers, and bizarre death you could ever expect and wish for, Cold Pursuit is a devilish delight of a film. Neeson’s role starts to slip away as the third act violent symphony rolls on, making way for a brilliant dissolution of the futility of violence. Sure, it’s bloody, and it’s chaotic, but what is the point of it all if everyone loses?


Just like Looby, Hot Mess is a film that’ll be getting a wider release in 2020, and hopefully the fact that I’ve talked a lot about Lucy Coleman’s exceptional indie comedy film might help push it onto your ‘to watch’ lists. This is the arrival of two brilliant talents – Lucy Coleman and Sarah Gaul – who, if there’s any justice, we’ll see a lot more of in the future. Indie filmmaking in Australia is alive and kicking, pushing out microbudget features like Hot Mess and Suburban Wildlife, and darn it, it deserves your attention. I adore this film completely, and I hope you will too.


Over in America, triple threat filmmaker Jim Cummings is pulling similar string as many indie filmmakers in Australia are pulling. With Thunder Road, Cummings manages to write a complex and conflicted estranged father figure, and pushes the audience to the brink of understanding his actions. It’s easy to condemn this man, but Cummings walks us down his life path, and instead of asking us to sympathise with him, he merely asks, can you see how he has ended up where he does? This is a film full of a quagmire of emotions, joy and anger, love and hate, and Jim Cummings hits every emotional beat with perfection. Slap a label on Jim Cummings as he’s the face of the American indie filmmaking movement, the new Steven Soderbergh.


From a young man finding himself thrust into the world of gangsters, to a man seeking out the car that contains the body of his dearest companion, to a reluctant prince becoming a king, David Michôd’s filmography has been a curious one, with his work focusing on men going through paths that they are forced to take. The King feels like the culmination of a careers work, presenting the pinnacle of the reluctant leader, and pulling from the great William Shakespeare for inspiration. Timothee Chalamet makes good on his performance in Call Me By Your Name, with his Hal being buoyed by Ben Mendelsohn, Joel Edgerton, and Robert Pattinson. A visual spectacle with a brutal battle sequence, The King takes a fascinating look at a well-worn tale, modernising it while also retaining its period era-roots. A brilliant companion piece to Ophelia.

Netflix’s ‘The King’ to Release at The Backlot Perth


No film has been as white-knuckle inducing, as tense and taught, as heart-beat racing, as The Guilty. On paper, this feels like a non-event, it is quite simply just a man, on a phone call, talking to a person in peril. That’s it. The camera focuses solely on lead actor, Jakob Cedergren, for the majority of the film, showcasing the power of non-verbal dialogue, while his acting partners are presented purely via verbal dialogue. It should be showy, it could feel like a gimmick, but it is neither. Instead, The Guilty is a profoundly human piece of work, showing how hard it is to be a support person for those in need. The finest thriller of the year.


Jessie Buckley’s performance in Wild Rose is one for the ages. As a fresh out of prison mother of two, her Rose-Lynn is a broken woman trying to rebuild herself and give herself the life she always wanted. Yet, the obstacles in her way – the fact she has children to raise, her less than great social skills – are just that, obstacles, and while the path to her dream of being a country singer feels obvious and routine, it’s those challenges that make her the success she is at the end. Oddly, in 2019 I found a great appreciation for country music, and with Wild Rose, my understanding of the genre was further solidified. It’s a style of music that’s about pain, about suffering, about yearning and hoping, and it’s presented in a way that unites those who listen to it. No better place is that presented than with the closing song, Glasgow (No Place Like Home), which Buckley sings with all her glory. It’s a showstopper – quite literally – and the finest musical moment in 2019.


I started a small fire on my personal facebook page earlier in the year when I declared Nicole Kidman the finest actress working today. Look, it’s still up for debate, but if I were to create a powerpoint presentation as to why she’s the finest working actress, then Karyn Kusama’s Destroyer would have a prominent place in it. Not only is Kidman delivering a performance as a weathered and beaten detective, but she’s also given the chance to show that same detective as a young and fresh police officer, finding her way through a corrupt system. This is as dark as Kidman has ever been before, and her dedication to the character helps cement this film as one of the finest of the year, and reaffirms Karyn Kusama as one of the great women directors of the current generation. 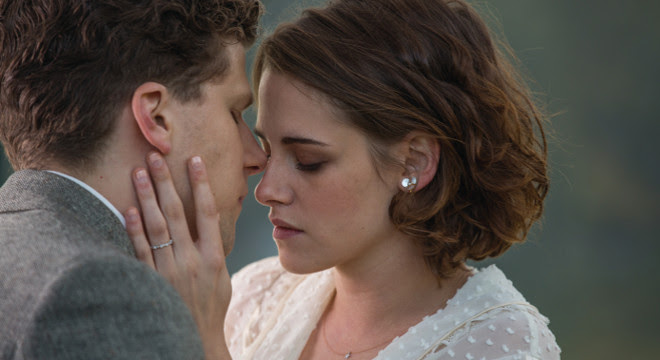