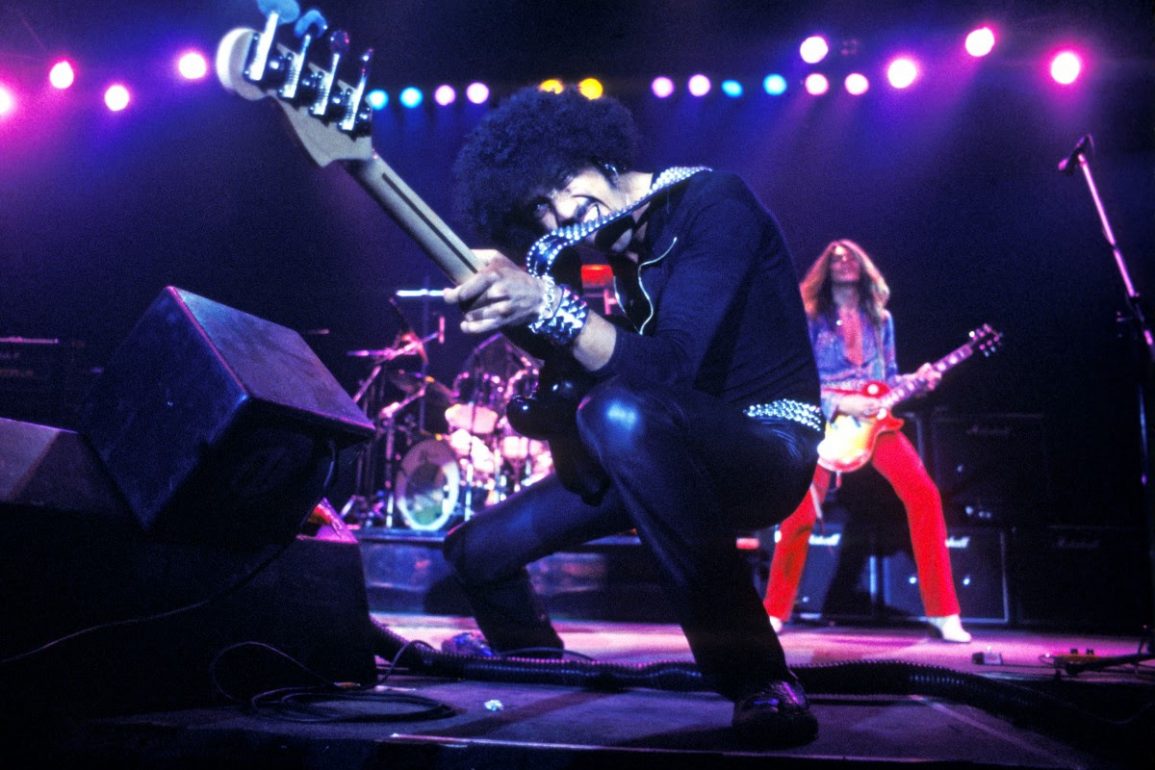 “I’m really pleased to see Long Play Music Films spring to life with our first theatrical release. What started out as a fun side project is now a reality as Long Play aspires to help tell unique and wonderful music stories from around the globe,” Warren Costello, Director of LONG PLAY MUSIC FILMS said.  “We aim to offer screenings of new release music documentaries in cinema comfort with enhanced sound so that audiences can experience these films as they were meant to be seen and heard.”

LONG PLAY MUSIC FILMS will launch their inaugural 2021 season on September 29 with the release of director Emer Reynolds’ hotly anticipated film, Phil Lynott: Songs For While I’m Away.

And in exciting news, LONG PLAY MUSIC FILMS are thrilled to announce that the film will have its Australian Premiere at the Irish Film Festival, which will take place online from September 3-12. The documentary about Thin Lizzy’s iconic front man will be available on-demand as part of the online festival and will include access to a Q&A with Emmy-winning director and multi award-winning film editor, Emer Reynolds.

Thin Lizzy were the quintessential rock band, and the band’s classic line-up of Phil Lynott, Brian Downey, Scott Gorham and Brian Robertson in full flight was absolutely electric – and in Phil Lynott, they had one of the greatest front men of all time.

Told extensively through the words of Lynott himself and focusing on some of his most iconic songs, the film gets to the heart of his story, as a father, a husband, a friend, a son and as a rock icon.

Phil led Thin Lizzy and wrote their signature tunes The Boys Are Back In Town, Jailbreak and Chinatown, and following the lead of Bob Dylan and Bruce Springsteen, was one of the first to mix poetry with rock music – he was as charismatic on stage as off, and his magnetism on par with Jim Morrison or Michael Hutchence.

There are some intriguing insights from many luminaries including fellow Irishman Adam Clayton of U2, Metallica’s James Hetfield, Suzi Quatro, Midge Ure and Huey Lewis together with very personal insights from the women closest to him. “He knew the power of the words,” notes U2’s Adam Clayton.

Through interviews with family members, friends and bandmates, as well as archival interviews with Phil, Songs For While I’m Away is the story of “a dreamer and a lover” (Huey Lewis) and “someone who will constantly surprise you” (his wife, Caroline), tracking Phil’s story from “a working-class lad who took on the world” (Midge Ure) to become “one of the greatest songwriters of all time” (James Hetfield, Metallica).

“A thoughtful documentary about its charismatic leading man … This accomplished songwriter –along with his singular voice—was a once-in-a-generation talent.”

“This really is the definitive Phil Lynott documentary, revealing a fascinating story that feels genuine and purposeful. ‘Phil Lynott: Songs for While I’m Away’ is made for the big screen … See it in the cinema with surround sound as it will take your breath away.”

Music fans might recall that it’s been 50 years since Thin Lizzy released their debut self-titled LP but also some 35 years since Phil Lynott passed away at just 36 years of age.

Phil Lynott and Thin Lizzy toured Australia and New Zealand in 1978 and 1980, and his rogue Irish personality made the band a favourite inthis part of the world. The documentary also features some amazing footage of their Sydney Opera House gig – the band had a morning soundcheck which extended into a half hour jam session for those arriving early for the concert and later the band performed for a crowd some estimated to be 100,000+ on the steps of the iconic Sydney Opera House. A moment not lost on Double J who recently included it in the 5 most unforgettable moments at the Sydney Opera House (noting however that it was Scott Gorham and Gary Moore who played that show) https://www.abc.net.au/doublej/music-reads/features/5-unforgettable-musical-moments-from-the-sydney-opera-house/10268854

Phil Lynott: Songs For While I’m Away shows there was much more to Phil Lynott than just The Boys Are Back In Town – as thrilling as that rock anthem remains. “It was cinematic,” observes Huey Lewis, “and that was Philip. He saw things as a movie.” And this is the movie that Phil Lynott deserved.

In cinemas for a strictly limited time across Australia from September 29.

Tickets on sale from Thursday August 19 from participating cinemas.