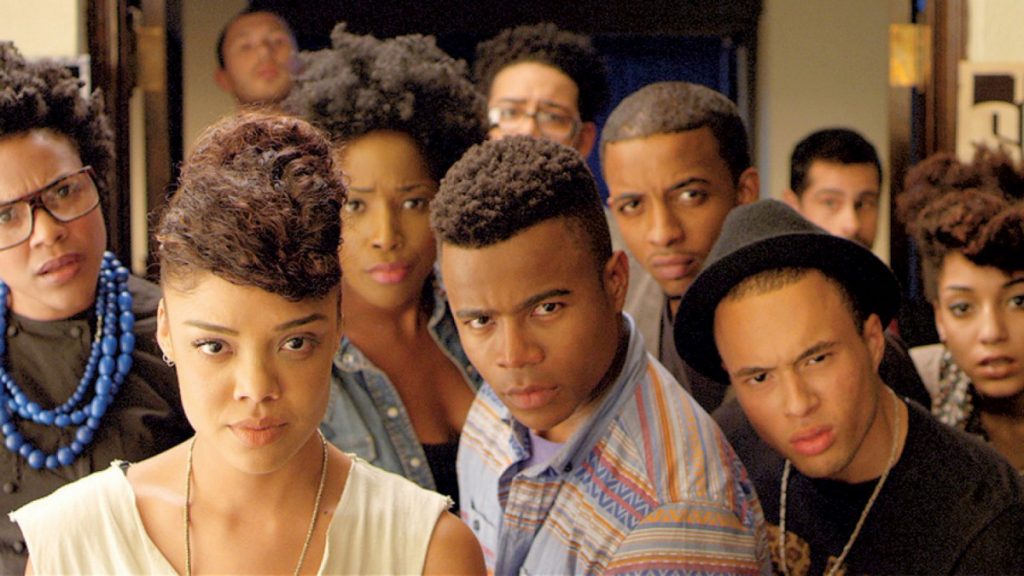 As has increasingly become the case, we have started to have to track down highly regarded films in Australia that simply have not gotten a theatrical release. Dear White People is one of those films – a fairly well received film that has gotten all manner of praise from around the world (Total Film – if anyone still reads that once good magazine – gave it five stars). As has also increasingly become the case, I have started drinking more than one beer on the weekend. This is simply because of the fact that the Fremantle Dockers are getting exceptionally close to losing another Grand Final and I may as well get the jump on becoming a raging alcoholic right now instead of after we have lost the flag.

I mention these two things simply because on the night we watched Justin Simien’s Dear White People I started off the night with a large bottle of Fursty Ferret and then moved on to the ever reliable Sail & Anchor beers. Heading into Dear White People, I was mildly concerned this would turn into an overly preachy film about what it means to be a black person in an exceptionally white society, overshooting its core message. Fortunately, through a mildly drunken haze, Dear White People manages to push its varying messages of racism and race related issues through very clearly.

The core characters are made up of social outcast Lionel Higgins (Everybody Hates Chris’s Tyler James Williams), wannabe YouTube celebrity Coco (Teyonah Parris), the Dean’s son Troy (Brandon P Bell) and the main voice of the film, creator of radio show Dear White People, Sam White (Tessa Thompson). Through their varying stories about life on the campus of an Ivy League college we get a look into what racism is like from their perspective. For the most part, this is an effective look at the role of black culture in society, yet there are times where it is a little on the nose (take Sam White’s name for example – geddit? She’s black, and yet everyone wants her to be white!)

The main plot thread involves the removal of a dedicated black fraternity in the college and allowing greater integration of black culture into the white culture that exists in the rest of the campus. It’s almost the reverse of the race riots that broke down segregation in the sixties and seventies. Is disallowing certain cultures to have their own fraternity an act in itself that furthers racism, or is it important to allow each culture to remain separated if they wish? It’s a pity then that Dear White People tries to encompass so many different facets of race culture in the film as it struggles to deal with so many issues at once, where if it had honed in on just a few I feel the message would have come through louder and clearer.

As it is, the characters are what suffer the most as most are representations of what social agenda they are presenting rather than being a fully formed character whose social agenda is part of their make-up. Coco’s role as someone who just wants to be a social media celebrity is quite interesting as it looks into the stereotypes that make up reality television as well as the willingness for some to throw their own culture under the bus, yet beyond that there is not much else to her personality. Sam White runs against Troy as the fraternities leader, even though she doesn’t particularly want to lead, she just wants to have her voice heard so people are aware of issues. The radio show she runs is more of a framing device rather than something she created to educate and inform.

Lionel is the only one who seems like a fully realised character, and it’s a credit to Tyler James Williams that he manages to give a good performance whilst he has a massive afro. At first, the afro he wears looks more like a massive joke, however as you learn more about his character and his constant struggle to fit in, you see that he has the afro as a place to hide. His journey of being someone who just wants to fit in is interesting as he is used just because of his skin colour at the colleges newspaper, yet manages to overcome this in interesting ways.

Dear White People feels like it wants to be a film from the seventies with its retro aesthetic. Simien’s choice to use classical music as the score feels quite off and doesn’t gel with the general feel of the film. In fact, the general tone is unsure of whether this wants to be seen as a comedy, or a drama, or something in between. There are some amusing moments, but instead of using these moments and making the viewer feel uncomfortable for laughing at them, in turn making the viewer question their complicit nature of racism, they are just merely broad jokes. There was a great chance for biting satire here that makes people question who they are and how society reacts to racism (for example, think of the last time you saw someone post on Facebook ‘I’m not racist, but…’ and you get my drift) but as it is, Dear White People is a good, broad look at racism in a world where as each day goes by you feel it getting worse and worse. 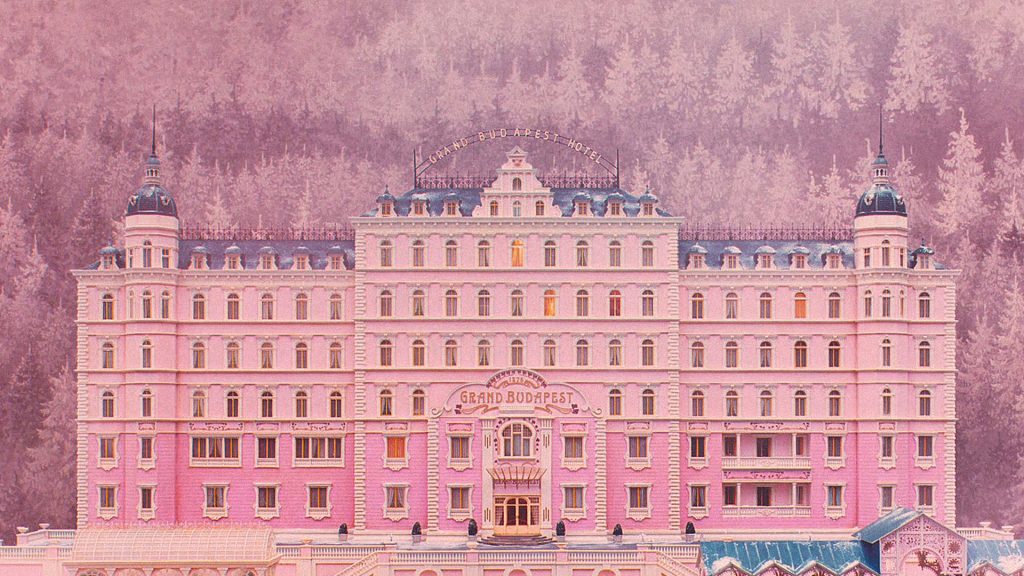