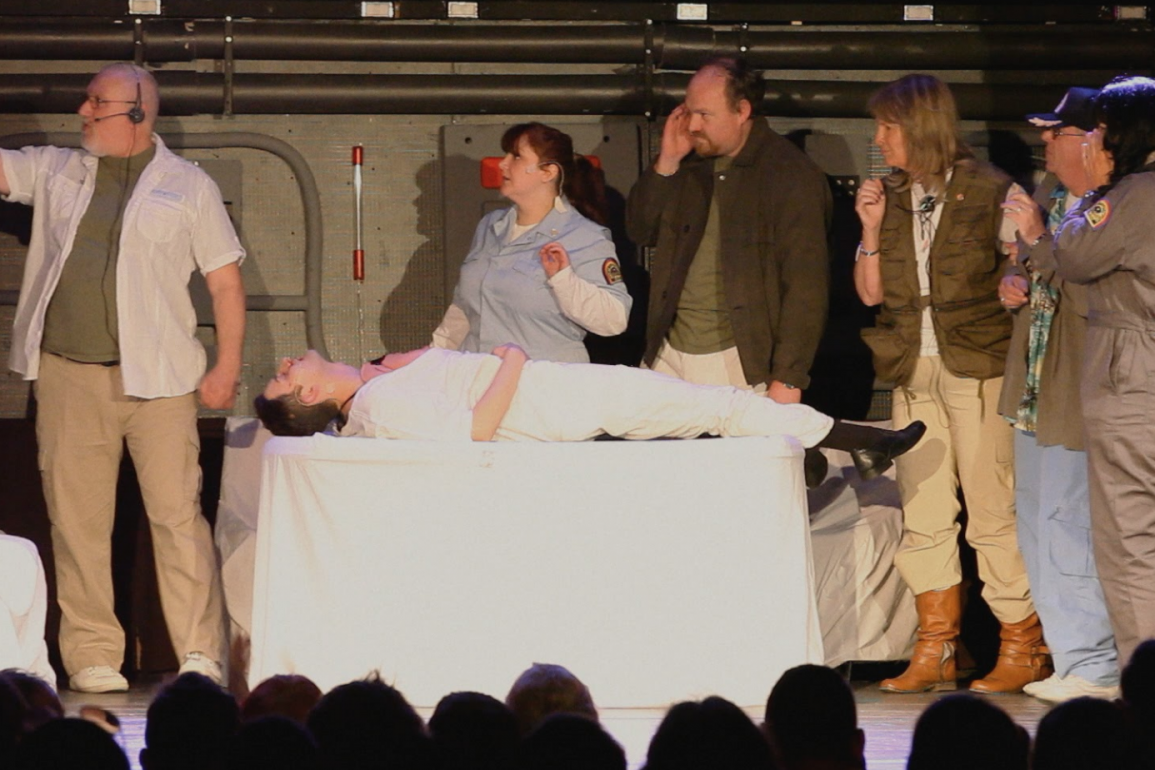 There’s a huge array of excellent films being screen, with *deep breath*…

With all of those films, it can be hard to decide exactly what to watch or seek out at the festival, so here I am with five recommendations for online and in-cinema viewing:

Every so often, there’s a documentary that feels transformative and breaks out of the genre, becoming something else all together. This year, that film is Alien on Stage. A group of amateur dramatics, who also work as bus drivers, decide to abandon their regular pantomime and try something different… you guessed it… Ridley Scott’s Alien. The show is a huge flop, but something happens that puts them on the path to fame. Definitely one of the more delightful films at this years MDFF.

No, you’re not reading this wrong, that sure does say Mental as Everything. Instead of being about the band, this film follows Damon Smith, a man living with obsessive compulsive disorder, and his friend Adam, who lives with anxiety, as they join up together to make music, animation, and help inform the world about mental illnesses.

Enemies of the State

Produced by documentary great, Errol Morris, and directed by Sonia Kennebeck, Enemies of the State promises to dig into the online world of hacking, and the impact that this has on the DeHart family of America. As son, Matt, becomes more ingrained in the online world, his work with online collective Anonymous brings the attention of the US government. Like many of Morris’ films, Kennebeck’s film is best entered knowing as little as possible about the narrative, allowing the mystery and thriller aspects to envelope you whole. Don’t miss this one.

Do you remember the California Raisins ad? It’s hard to shake the iconic image of that campaign, and as such, you may wonder what happened to the mind behind the animation. Claydream answers that question by taking a glimpse into the life of Will Vinton, aka ‘the modern day Walt Disney’ or ‘the Father of Claymation’. Here, we’re shown the rise of Vinton’s animation, and the inevitable downfall as well. For fans of film history and culture.

While the Melbourne Documentary Film Festival has always highlighted stellar feature films, it feels like the shorts are neglected in the discussion. Well, this year, if you’re in Melbourne, make sure to head along and check out the wide array of short films that highlight a huge variety of stories: from Buff, a look at Perth based film critics, buffs, and enthusiasts, to Raising Joey, which follows photographer Alex Cearns as she works to help animals in need, to The Last Typewriter Shop in Melbourne, which tells the story of typewriter repairman, Tom Koska, who owns the last typewriter shop in Melbourne, and Lost Contact, which tells the story of Aldo, an autistic man who is trying to find his place in the world. This is just scratching the surface of stellar shorts showing this year.

Whatever your interest, you’re bound to find something to enjoy at this years Melbourne Documentary Film Festival. Check out the rest of the program here: http://mdff.org.au/home