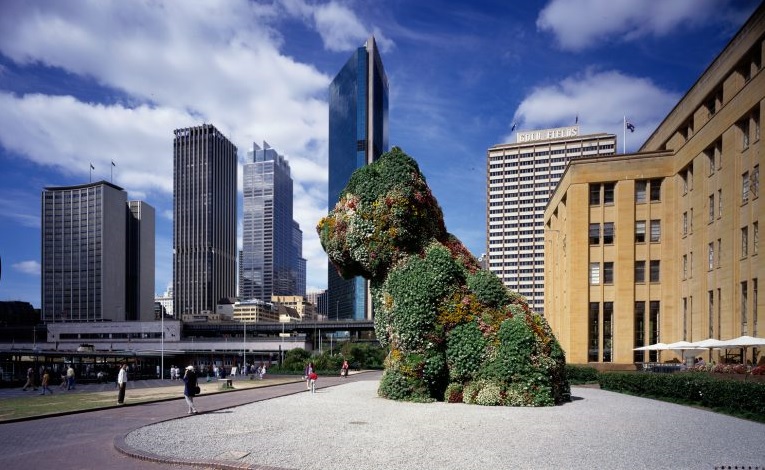 While not all of the 34 exhibitions that Kaldor Art Projects created are given time in the film, we do glimpse each one of them in some capacity. One of the more overwhelming projects is that of Jonathan Jones in 2016, titled barrangal dyara (skin and bones). This was a piece that reminded Sydney of the devastating loss of Aboriginal objects and history that was lost when the Garden Palace that once stood in the Royal Botanic Garden burnt down. In 19th Century Sydney, the building that once housed thousands of culturally significant artefacts burnt down, taking countless years of Indigenous Australian history with it. Jones presented this loss by placing 15,000 white shields in the outline of where the Palace once stood. It’s an image that makes you stand up in awe at how much had been lost.


Through art, Australia’s Indigenous history is being taught. The remembrance of history works to respect those who have had their history and culture removed from their home country, and needlessly destroyed. Jonathan Jones’ barrangal dyara worked to connect the many Aboriginal communities in south-east Australia, and to help those who attended the exhibition to appreciate and understand the importance of Indigenous history. For Jones, this exhibition allowed him to connect to his heritage, and for the community to recognise the history of the Gadigal country that Sydney sits on.

The work of Jonathan Jones worked in great contrast to the work of Xavier Le Roy who exhibited a project titled Temporary Title, 2015 the year before. Here, Le Roy used naked performers to break down the notion of what choreography and dance could be. John Kaldor mentions that he would never have conceived of having dance as an art exhibition, but his mind is open, and thankfully, the concept of what art can be changes once again.

The performers who make up the art move like lions, like machines, like plants, and in a semi-choreographed fashion, they move closer to the audience, and as they do, they become more human and start to engage with the audience. Completely naked, they sit next to the audience and ask them a question: how is falling in and out of love for you? How is growing for you? One performer says, ‘you’d think that performing naked, you would feel vulnerable around clothed people, but actually it was the other way around’. She mentions that many of the discussion were painful ones, and maybe it’s the way the art reflects back on the person watching it, engaging with it that reminds how open and raw art can make you feel. Its existence exposes you and your vulnerabilities, as long as you allow it to.

Just like the art that John helps curate, he too changes throughout the fifty years of his public art – recognising the importance of indigenous voices, seeing that art isn’t just physical, but can be an echo, can be a dance. As the film closes, John learns about the existence of augmented reality, and his wide eyed wonder at the possibilities of it is truly beautiful. As a potential future exhibitions idea is explained to him – a duality of history and future running concurrently, as visitors to an exhibition record an audio soundbite of their name with their phone, so that future visitors can don headphones, download an app, and see the echoes of their presence long after the exhibition has closed and dismantled – we see his awe at the possibilities of the medium. In that moment, one can’t help but wonder whether John was thinking that he never conceived that from a fabric draped shoreline in Little Bay in the late sixties, that he would be ushering in a digital exhibition that will live on, theoretically, forever.

But, as John requested, the focus on the artists is the predominant theme within It All Started With a Stale Sandwich, and it’s the comparison between artists that is the most enlightening. Someone like Jeff Koons – who barely physically participated in the creation of Puppy in 1995, and who has turned from a humble artist into a multimillion dollar commercialised commodity – is in a distinctly different world than Marina Abramović, who personally engages with the audience within the artwork, and at times, is the artwork. This wealth of difference between artists is profound, and brings me to my only criticism for the film – it’s too brief! The runtime is a humble 94 minutes, with a possible 60-minute version for the ABC to come later on, but when you hear that there was 80-hours of footage captured, with interviews from artists that were cut because of timing, I can’t help but yearn for a four hour version of this film. This great piece from Art Guide Australia details the history of the film brilliantly, and makes me yearn for more of this great story.

As mentioned by one of the many talking heads in the film, there is an ‘obesity of understanding’ that comes with art, and doubly applicable to the work of Kaldor Art Projects. John Kaldor creates stories. He creates history. Most importantly, he creates history for his community that he lives in. The public nature of this art means it is accessible to all – nobody is excluded and everybody is welcomed. For those who attend these works, they experience a wealth of emotions, creating memories that last an age, and have a moment in time that they’ll recall and remember.

Yes, art shouldn’t make sense. It should confuse and confound. It shouldn’t be understandable to everyone. It’s a learning lesson, it’s a path for guidance, a hand that is extended out to the audience to change their world, to see life differently. And these public works – whether it be two men singing a song in harmony, a woman wearing portable TV’s as a bra while she plays a cello, or a room of naked people moving in choreographed unison – do all of that. Devoid of a museum where the prestige and implied memory is slapped on a label so people can take their selfie with the Mona Lisa and move on, these artworks are allowed to thrive for the community at large.

Fred Armisen: Comedy for Musicians but Everyone is Welcome Review – A Warm, Genuine Night of Comedy

I think of my experiences with public art. The hum in Times Square. The time a water geyser was installed in a vacant site in Perth, and people stood around, watching, waiting, while every so often a spurt of water gushed into the air, like a blow hole. I think of standing in Fremantle and watching Phlegm paint the mural of men fighting a giant octopus. I think of the woman who walked past me as I watched the painting take place, and hearing her comment that ‘the money should have gone to the local hospital’. And I think, yes, we need more hospitals, but we all need and crave art that reminds us about who we are as people. Art that requests we be present within ourselves, to pay attention to the world, to our inner self, to see life from a different perspective.

If I still gave ratings on this here website, then It All Started With a Stale Sandwich – what a title! – would easily get a five star rating. This is one of the most positively beautiful experiences I’ve had watching a film in a long time. This is also one of the best documentaries in Australian history. I’m grateful for John Kaldor, and I’m grateful that Samantha Lang told his story. This is the kind of film that makes me happy to be a patron of the arts, that makes me want to engage with it more, that makes me want to celebrate everything that’s good about humanity. I adore this film. I love this film. I hope you love it too. 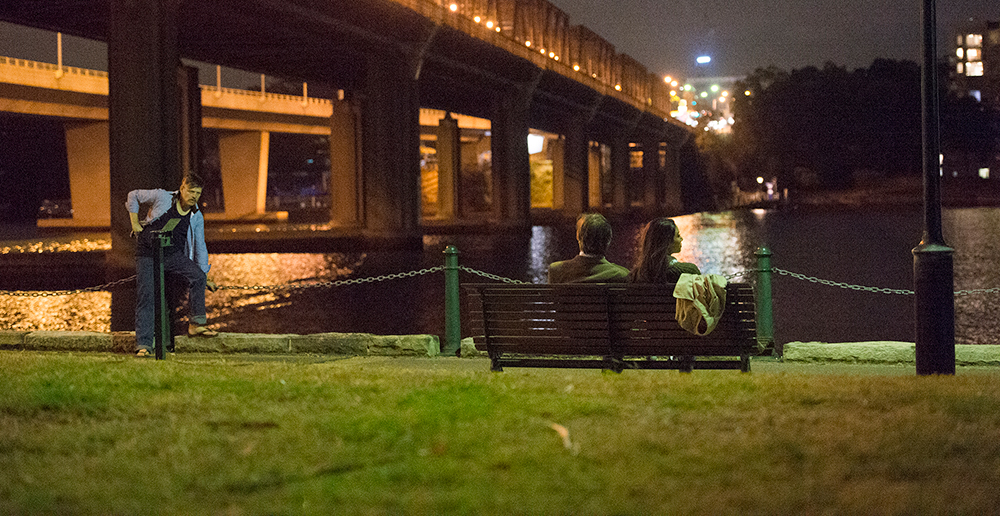