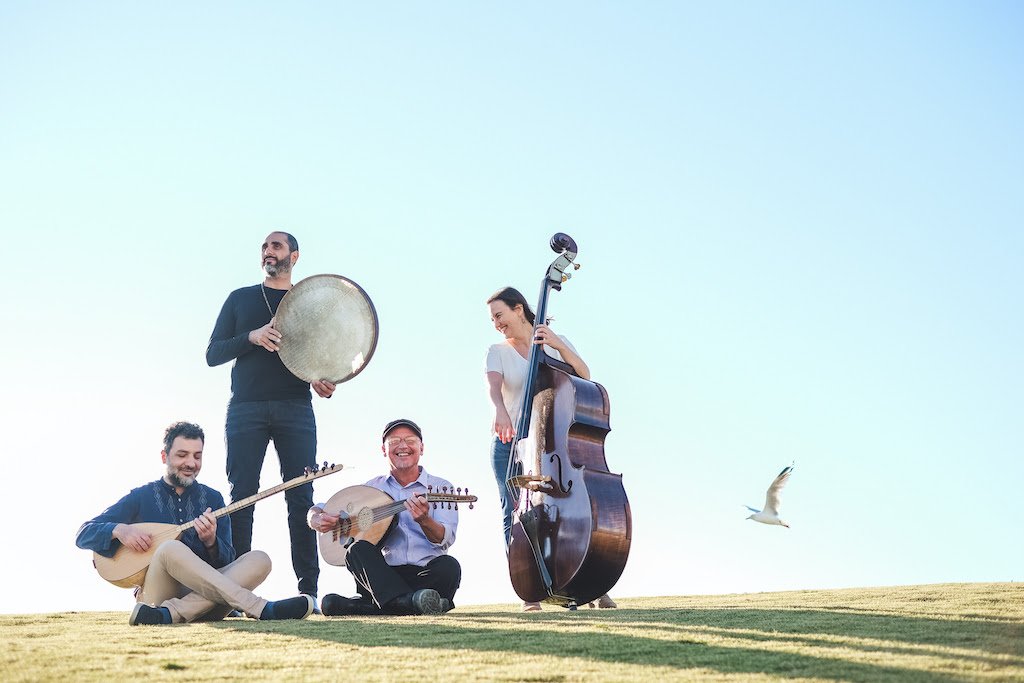 Experiencing Iranian culture first-hand is almost an impossible feat right now. With international travel banned from Australia (and not to mention the ongoing tensions in the Middle East), music and art is one of our key gateways to cultural experiences.

In a unique cohesion of elements from both non-traditional jazz and Persian music, the new albumfrom Kate Pass Kohesia Ensemble (to be released on October 8), along with a preview show at The Rechabite in Perth, WA on September 24, is a nod to the opportunities that have come from life in a global pandemic.

Their interpretation of the 10th century Persian epic by Abolqasem Ferdowsi, with its emphasis on improvisation and storytelling through music, resonated with audiences, and they were awarded the 2020 Martin Sims Award for best new Western Australian work “destined to succeed on the world’s stage”. The award came with a $10k prize, which would have ordinarily been used for a tour to the likes of Edinburgh Fringe.

“We decided to put the prize towards recording an album, which featured many of the original songs from the FRINGE shows” Kate says. “Our inability to tour ended up having a silver lining – it enabled us to record the album in Perth.”

With the disruption to lives and touring schedules as well as concerns about the health and well-being of others internationally, Kohesia Ensemble has embraced the opportunity to slow down, rehearse, and within the relative safety of Western Australia, play local shows in places they might have usually overlooked. They learned to enjoy the process of adapting to unexpected situations and changing plans, and to appreciate where they live and make music.

“I was about to move to Melbourne to pursue a masters with a musicologist who specialised in Persian music,” she says. “I’d let go of several projects, which, when the move didn’t eventuate, gave me time to focus on Kohesia. It’s given me a new appreciation of the music industry in Perth. The scene has actually flourished since 2020, and support from audiences seems to be greater than it was before.”

Kate’s interest in Persian music began when she joined a band called Daramad with Kohesia co-members Reza Mirzaei and Mike Zolker as well as Saeed Danesh. After forming a band with Tehran-born vocalist Tara Tiba, Kate started to explore a convergence between Persian music and improvised jazz and went on to form Kohesia Ensemble.

“Instead of ‘fusing’ two genres, I prefer to think of it as creating something new – that it’s neither traditional Persian music, nor strictly jazz music, but something else entirely,” she explains.

The result is a unique sound of an eight-piece ensemble combining the sounds of Persian flute (ney), percussion (daf) lute (saz) and oud with jazz instruments, which celebrates the energy and emotion of live performance and the human connection.

‘Silver Lining’ will be released on CD and digitally on 8 October 2021.

“The conversational mix of Western and Middle-Eastern music… To hear these voices side-by-side, talking and twining together is an almost political call for hope – one where neither side sees the other as ‘the other.’”John Hardaker, Australian Jazz

This project has been made possible with the help of the Department of Local Government, Sport and Culture, and the FRINGE WORLD Festival Martin Sims Award.