The Australian Film Yearbook features the work of the flourishing Australian film industry, with over one hundred Australian feature, non-fiction, and short films released to cinemas, streaming platforms, and film festivals during 2021.

Discover a thriving and vital film industry that is positively buzzing with filmmakers eager to tell Australian stories, with over forty interviews and contributions that highlight the range of skill-sets and wealth of talent on show during 2021. Sharing their voice and perspectives on what it means to be a filmmaker are Australian creatives such as Costume Designer Erin Roche (High Ground), Director Sally Aitken (Playing with Sharks), Editor Rachel Grierson-Johns (Strong Female Lead), Director Matthew Walker (I’m Wanita), Composer Angela Little (Streamline), Writer/Director Thomas Wilson-White (The Greenhouse), Editor Nick Fenton (Nitram) and filmmakers Tina Fielding, Jacqueline Pelczar, and Cody Greenwood (Sparkles).

From independent films through to Hollywood-backed productions, you will find critical examinations of iconic and hidden Australian films, providing a historical touchstone for where Australian cinema was during the turbulent year filled with changes and challenges – 2021.

There are no reviews yet. 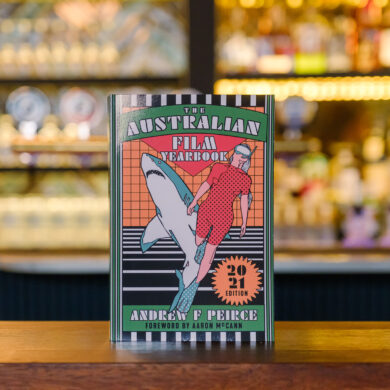