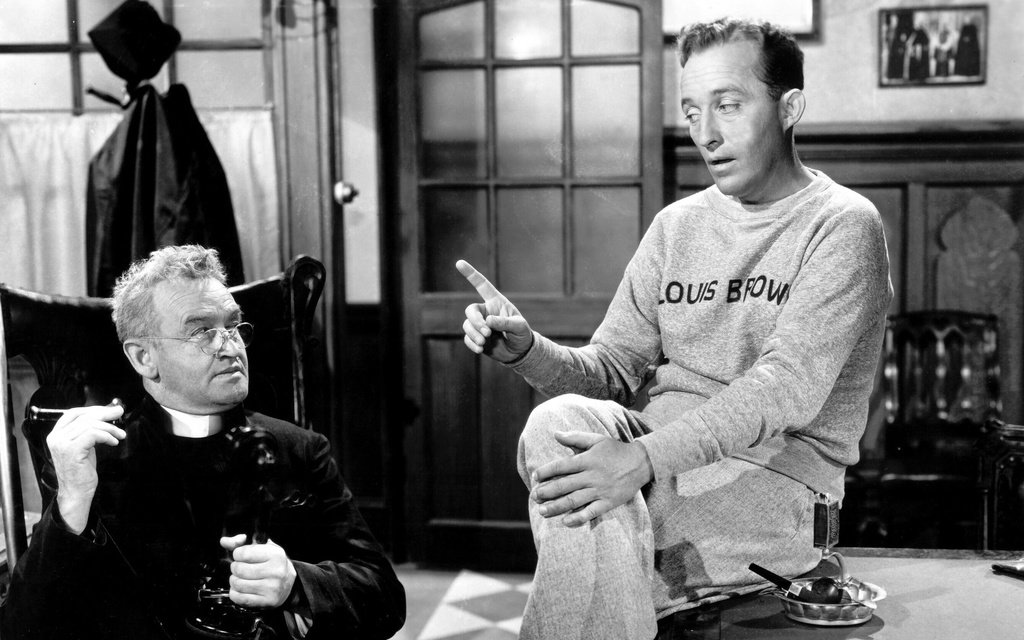 As World War Two wraps up, we ease out of one of the worst events of modern humankind with one of the most charming and inconsequential Best Picture winners yet, Leo McCarey’s Going My Way. Bing Crosby won Best Actor, and dual nominee for the same role, Barry Fitzgerald won Best Supporting Actor, both playing priests keeping their church and its constiuents alive.

Dave and Andrew navigate religion, priests, music, and charm in this discussion that tries to pat this nice little film on the shoulder for trying. Thankfully, this isn’t the musical Cats, nor is it another Best Picture winner, Spotlight.

Clips featured in this episode: Going My Way trailer // Right Field Pitcher // They Let it Happen from Spotlight