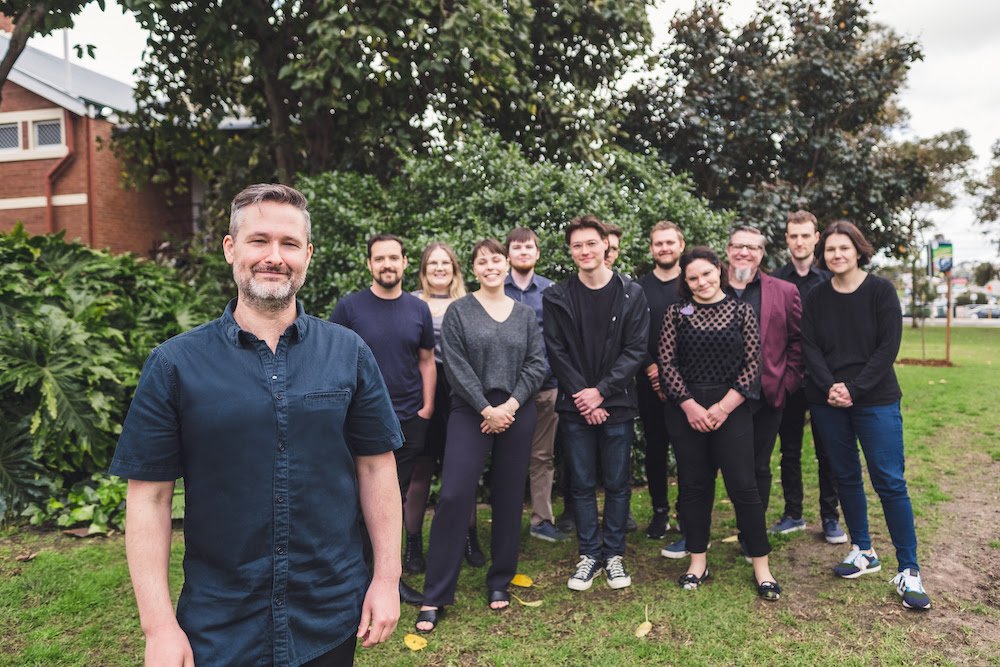 Mace Francis brings back the power, vigour, and versatility of a big band with his new project, Mace Francis Plus 11. Inspired by the swingin’ jazz sounds of the 1950s, his new album ‘Isolation Emancipation’ is a deft exploration of a bygone era; a big, bold brass section, snappy melodies, and a rhythm so contagious, that unlike Covid-19 you want to catch it!

Dr Mace Francis is known as a predominant jazz figure and advocate for original Australian big band music. Best recognised for his work with the Mace Francis Orchestra who have toured nationally, recorded seven albums, and collaborated with renowned international artists, he is also Artistic Director of the Western Australia Youth Jazz Orchestra and Festival Director of the Perth International Jazz Festival.

This new 10-track album was mostly written throughout last year when the world was on hold. With peppy horn riffs, dizzying vocals and a super tight rhythm section, the album captures the soul and nostalgia of the past, which, while wasn’t necessarily ‘better’ times – they were perhaps ‘happier’.

“The title track ’Isolation Emancipation’ was composed during the first lockdown in Perth and was to be performed at the first live gig that I was involved in, which happened to be with the WA Youth Jazz Orchestra,” Mace says.

“It’s a fun simple medium swinger based on the form and style of the Thad Jones classic ‘The Groove Merchant’ and it’s in celebration of being able to still play live music here in Perth without too many restrictions. I know how lucky we are here, and I do not take it for granted.”

Inspired by the remark of a friend who asked if he ever wrote “happy music”, Mace set out to prove (to himself) that he can certainly write outside of the more moodier sounds of the 14-piece Mace Francis Orchestra (MFO), while still retaining his unique compositional voice.

“As well as for MFO, I was writing songs that hadn’t really found the right band or instrumentation to present them in,” he explains. “The 2020 lockdown gave me a lot of time to think and plan, and so I set about creating the Plus 11-sized ensemble and creating these happier and sometimes silly songs.”

This project, both forming the band and the subsequent album, had been in Mace’s mind since he’d purchased the scores and parts for the famous ‘Art Pepper + Eleven’ album a few years prior, but it draws on many influences including Ella Fitzgerald, Charles Mingus, Count Basie and Duke Ellington, as well as cool school jazz arrangers like Al Cohn, Gerry Mulligan and Bill Holman.

“The ensemble instrumentation was also inspired by the Marty Paich recordings of the 1950s. His use of French Horn in a large jazz ensemble has always interested me and this was an opportunity to write for it.” Mace explains.

“The ensemble size is as small as you can get, while still sounding like a big band.”

Known for his irrepressible energy on-stage, Mace is also a guitarist and a trombone player (which he only picked up in 2015). In fact, this album is the first time he has played trombone on his own recorded music and features his own lyrics which he hasn’t written since he was at high school. ‘Isolation Emancipation’ is also his tenth album release and he’s commissioned over 30 new compositions through the Chinese Whispers collaborative project.

‘Isolation Emancipation’ will be released independently on CD and digitally on Friday, 26 November. 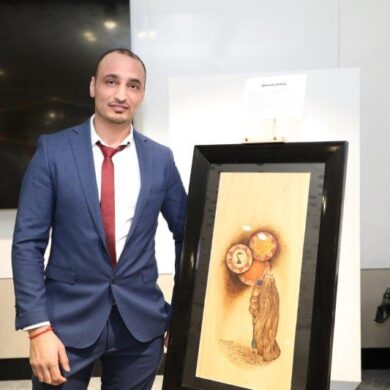