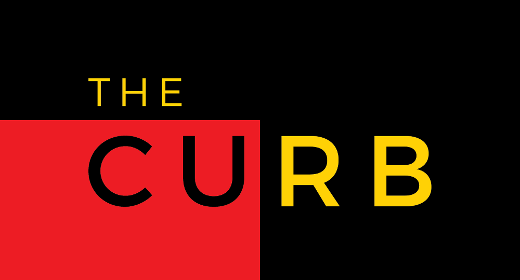 December Newsletter – An End of Year Thanks to All

As the year wraps up I want to thank everyone for their support. It’s been another busy month on The Curb. We’ll hit over 1000 likes on Facebook before the end of the year; we’ve just had our biggest month on the website, with the more visitors than ever before; and I’ve just put up my Best Australian Films of 2019 list.

I’m beyond thrilled at the reception that the site has had this year, and it’s exploded in a way that I never thought possible. Honestly, I cannot thank you all enough for visiting the site, reading a post, sharing and liking and commenting. It all shows that this is something worthwhile and that people want to read.

I want to take a quick moment to shout out the superb people who have made this year such a success: Travis Akbar, Travis Johnson, Jonatahn Spiroff, Simone Grogan, Ella Smith, Hagan Osborne, Christopher Spencer, Briana Fiore, Jeanette Muscat, Ben Kooyman. The Curb wouldn’t be what it is without your vital contributions.

I also want to shout out the different festivals and organisations that have supported the site throughout the year, namely The Backlot Perth, Revelation Film Festival, Cinefest Oz, Luna Palace Cinemas, Cinema Paradiso and Raine Square Palace Cinemas, and Perth Festival. This is a Perth based website, and it means a lot to have the support of the Perth arts community behind us here.

My heart is full from the support that everyone has given The Curband its writers, and I honestly can’t wait to see what 2020 has in store for us all. The aim of this humble website has always been to support and champion Australian art and culture, and I fully intend to lean even further into that next year.

The Curb will never be a major media player, and that’s not my intention for the site at all, but I do want it to be a place where issues and movements that I, and the writers of the site, are passionate about are given a chance to be given a moment in the spotlight. Naturally, this means Australian films are given the predominant spotlight, but in 2020 I aim to broaden that scope even further. If there is a topic or issue that you would like to see be covered, please send us an email and we’ll write something up.

With all of that said, there will still be coverage for some international media on the site, with reviews of blockbuster films still being on the site. I love hearing what our writers have to say about these films, and given the traction that they have, it’s clear you – the reader – also enjoys it too.

As the media landscape changes and morphs, with so much of it being either unpaid or unprofitable, I find that I’ve both launched a website in a precarious time, but also the best time. The honest discussion about the financial situation with The Curb is that it doesn’t make any money at all, with all the advertising and Patreon dollars going towards hosting fees.

If you like what we do here, please consider chipping in as little as $1 a month via either Patreon or Paypal to help keep the site going. I really want to eventually get to a point where I can financially support the writers. That’s a long way off, but one needs to have goals.

In a world where writers deserve to be paid and diversity needs to be embraced, it feels wrong to ask for more writers when I simply cannot pay them, but I do want to put the call out for anyone who is keen to write for the site. If you are interested in what The Curb stands for, and feel that you have a voice that would be suited for it, then please, get in touch.

Thank you all for supporting independent voices in Australian media like The Curb. It means more than my words can express.