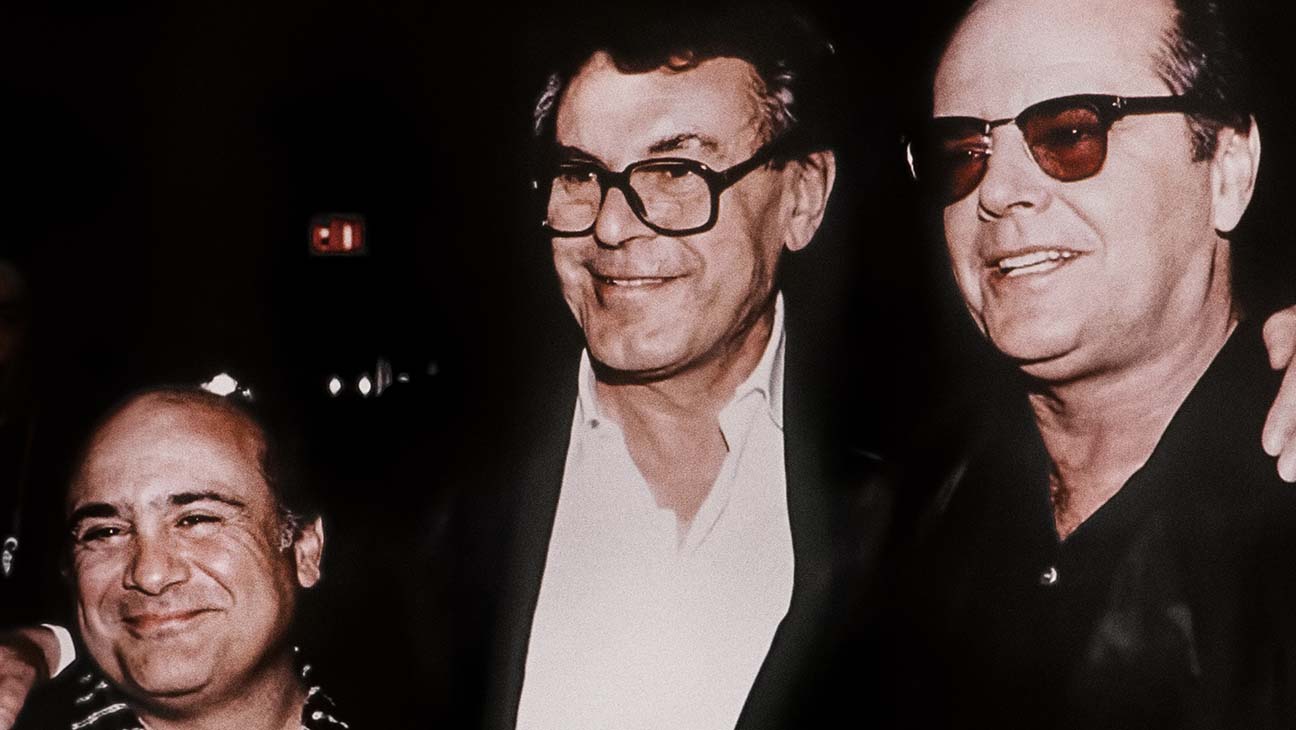 With the documentary Forman vs. Forman, writer and director Helena Treštikova has created an intimate and philosophical portrait of the multi award winning Czech/American director Milos Forman. Building layer upon a layer, a picture of a man of a man who has a heart deeply influenced by his extraordinary journey from his earliest tragic experience as a World War II orphan in Nazi occupie Czechoslovakia to a multi award winning director in Hollywood, is crafted. At its heart of Forman vs. Forman is Forman’s immense humanity and how the turbulent years he experienced under Nazi-then-Soviet regimes influenced the ways he approached filmmaking and his personal philosophies concerning social and individual freedom which helped to form his filmic resume.

Miloš Forman was born in Czechoslovakia in 1932 in a small town that he described as having approximately 6,000 residents. When the Nazis invaded Eastern Europe his father, who was a teacher, was taken away by the Nazis for his anti-fascist activities and sent to an extermination camp. Not long after the Gestapo came to his home and took his mother to another camp. Forman became a war orphan and was shunted between relatives and foster situations which was the inception of his troubled relationship with finding a space he could call home. This relationship became more central to his life when he was cut off from Czechoslovakia by the Soviet invasion in 1968. He carried the same suitcase for thirty-five years over his journey from Prague, to France and finally to America – and he also carried with him the sense of being a permanent outsider.

After the war Czechoslovakia had a complex political history under Socialism/Communism. At first there was a natural embrace of the doctrine that had ostensibly freed the country of the Nazi threat, but over the years and with different political leaders the country would move between relatively open socialist models to extreme hard-line models. During the immediate postwar period, Forman went to school with a man he was greatly proud to be associated with, someone who would eventually lead Czechoslovakia out of the Socialist/Soviet era into a new democracy, Václev Havel – a writer and statesman. Yet it wasn’t until 1989 that Czechoslovakia and then later the new Czech Republic formed and in all that time Forman had returned only once to Prague to film his multi Oscar award winning opus Amadeus (1984). For him to even get his passport to film in Czechoslovakia was immensely difficult. The cast and crew were followed constantly and monitored by the secret police. Forman had a wife and twin sons that still lived in Prague and filming Amadeus provided him only the second opportunity for him to see his sons since he emigrated to the United States in the early 1970s.

Forman started his career as a filmmaker when he was rejected from theatre school. He claimed he was surrounded by the best teachers at FAMU because they were not able to make films due to most filmmaking being propaganda based, so instead they discussed the meaning of film. Because Czech filmmaking was so heavily based in propaganda, Forman saying they were “dripping with bullshit and idiocy” he was influenced by such films as the work of the Italian neo-realists. His first film, The Audition, used non-actors and showed people applying for a talent show. It was essential to Forman that he showed “real people on the screen” in a move that was decidedly anti the propaganda model that was dominant at the time.


With a handful of classmates Forman began what was known as The Czechoslovak New Wave. His most important films at the time being Black Peter, The Loves of a Blonde (Lásky Jedné Plavovlásky 1965) – which he wrote based on a true story of a factory worker who was seduced and left when she tried to meet him in the city -, and the film that had him entered into Cannes and but also lead to him being banned for many years in Czechoslovakia, Fireman’s Ball (1967).

Whilst he was in Cannes with Fireman’s Ball in 1968 the student and worker uprising occurred in Paris and in solidarity with other filmmakers he withdrew from the ‘bourgeois spectacle’ of the film festival. More importantly in 1968 Soviet tanks rolled into Czechoslovakia and placed it under Soviet rule, effectively ending any notion of democratic thought and rule in the country. As his work had already fallen foul of the censors with Fireman’s Ball, Forman decided to stay in France and effectively became stateless. His wife and twin sons returned to Prague and eventually he made his way to America where the film had been nominated for an Academy Award for Best Foreign Film.

Working in America was a completely new experience for Forman, who had been used to the model of playing a form of ‘Hide and Seek’ with the censors, but also having no real commercial pressure behind his films. His first film in the States, Taking Off, was a commercial failure despite winning the Grand Prix at Cannes. Forman attributed it to a number of reasons. Firstly, he was disappointed in hippie culture. He had hoped in being given the opportunity to follow a group of people that he saw as espousing all the tenets of the ultimate freedoms he would be given insight he had been lacking living under a communist regime. Instead, he found them “Extremely boring” – essentially getting stoned all day and basically panhandling in the evening. Thus, he decided to write and direct the piece from the perspective of the parents of hippie kids.

The failure of Taking Off left Forman in a difficult financial position in that he was for the first time utterly dependent on the commercial success of a film for a living. Without a hit film he was broke, apart from his family, and unable to return to Czechoslovakia. However, he ended up living in the world-famous Chelsea Hotel rent free for three years, over which time he would meet a series of people who vastly influenced his career including Gerome Ragni and James Rado, the writers of the musical Hair which he filmed in 1979.