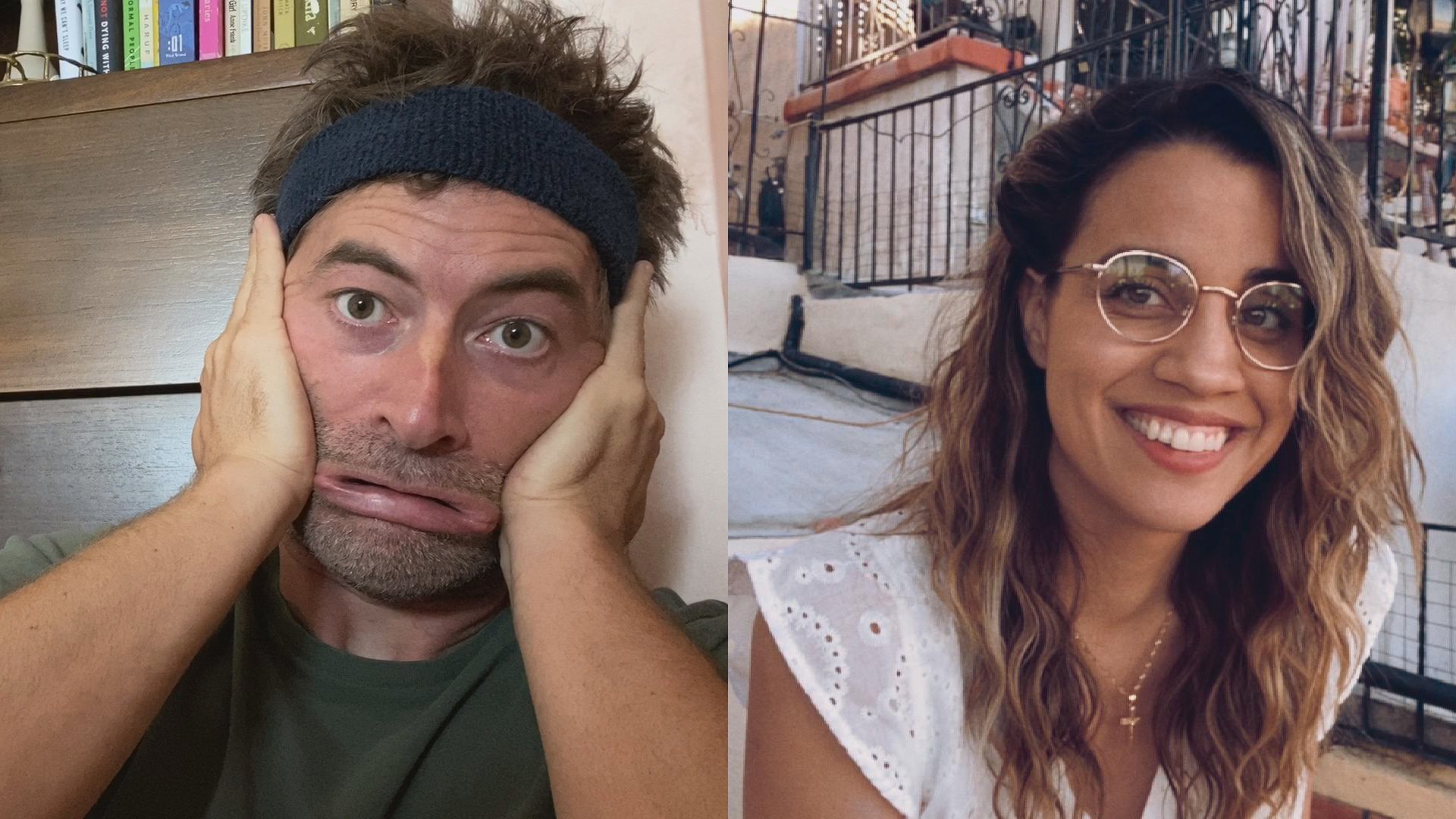 
Language Lessons is screening as the closing film of MIFF 2021, available to stream until 11.59pm EST Sunday 22 August.

Depending on your level of Zoom fatigue, Language Lessons may be the last thing you want to watch. A film comprising entirely of talking heads on phone and laptop screens, it begins with Adam (Mark Duplass) gifted with a hundred Spanish lessons to be conducted online with Carino (Natalie Morales). What follows is a rich endearing character study and the development of a platonic love between two people. There’s not a lot of plot, but what little happens has a profound effect on both characters, and we get to see each help the other through the emotional fallout. Adam’s a lot more open and vulnerable than the very guarded Carino which makes her a bit of a mystery revealed in conversational hints and advice and one shocking visual.

In that regard, I loved how the film sets up and then challenges the assumptions we make about people we see only through a screen, assumptions about wealth or lack thereof that we make from the objects around them, assumptions about their domestic situation, about their skin colour and/or ethnicity. Adam lives in a gorgeous obviously expensive house with main pool and plunge pool, artwork on the glossy wood panelled walls, and a slightly alarming animal print rug. Almost every time he appears onscreen, he’s positioned himself against a different section of the house. Carino too has a variety of backdrops but not nearly as many, a nicely effective visual indicator of the difference between their situations. As their friendship progresses, there’s a delightful skewering of white saviourism and bourgeois guilt, inevitable features of relationships between people of colour and white people that aren’t necessarily addressed onscreen or in real life.

It’s so great to actually see Natalie Morales after watching her hilarious and moving directorial debut Plan B. She directs this too, written with Duplass, and filmed over five days last year. The always charismatic Duplass seems to excel in two-hander scenarios, most evident in Paddleton, Blue Jay, Humpday, Creep, and Creep 2. He’s such a quietly generous actor, and there’s clearly a mutual respect and affection between him and Morales. As a result, watching Adam and Carino learn and negotiate the nuances of each other’s characters makes for a fascinating experience. True there are slight pacing issues at the start but as the plot and the relationship develop, the film becomes more engaging. Morales invests Carino with a sharp-eyed intelligence, her compassion overcoming her reserve, responding despite herself to the silliness and sweetness and pain of Duplass as Adam. While his plot arc is set very early in the piece, Carino’s storyline comes as a late reveal, all the hints fitting together in a new understanding. We discover her as Adam discovers her, a narrative technique I found pretty skilful both in terms of character and pace.

For a film made during a pandemic told entirely through phone and Zoom screens, there’s a refreshing absence of context. I kept bracing myself for now horribly familiar keywords but they never came. If this film does take place in our universe, all the stress and anxiety is kept carefully outside their little world. And I certainly didn’t want to leave.