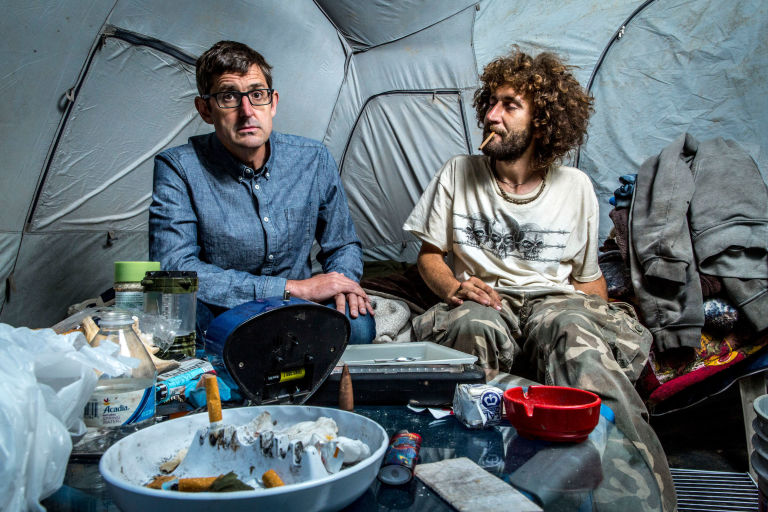 Heroin Town is the latest ‘feature’-length documentary from Louis Theroux, although it is not a feature film in the way My Scientology Movie was – specifically made as a feature-length film. It’s part of the three-part series for the BBC, Dark States, which focuses on, well, dark subjects in three states in America.

Or, as IMDb says, “Louis Theroux visits three American cities and examines a uniquely devastating human crisis in each – opioid and heroin addiction in Huntington, sex trafficking in Houston, and murder in Milwaukee.”

Given that, and therefore if you lived in the UK or accessed BBC tele series by other means, it did make me wonder who would come out on a balmy Friday eve in Perth (when the majority of the city has been gagging for summer vibes), and shell out for what is essentially a TV ep – albeit on a big screen. Seeing as it is only on limited release (in the cinema) in Australia, and the special pre-recorded intro by Louis Theroux before the film was promoted, this possibly added to its appeal.

Well, let me tell you, the opening night premiere at Luna Leederville was jammers. Many people, it would seem, were more than happy to pay to watch a telemovie on a Friday night in Leedy. A gaggle of gals next to me even ordered a bottle of wine and settled right in.

The pre-recorded intro by Louis was an interesting addition. I thought it was going to be a two-minute, “Hi Australia, I’m Louis Theroux and I hope you enjoy my new film, Heroin Town” promo vid that was tailored for each country. However, it was 35 minutes of Louis reading out and answering questions about, well, himself, his career, his process, why and how he does what he does. The content reminded me of what he covered in his sit-down tour of Australia last year, but, if you’ve never heard of Louis Theroux before (though I can’t imagine who hasn’t!), it was a pretty solid Louis 101. And for the already-converted, well, my audience was pissing themselves at Louis being, well, Louis.

So, onto Heroin Town. If you’re familiar with Theroux’s work, there are no surprises here – merely new subject matter and characters. In following the lives of a few of the many opiate-addicted residents of Huntington (a quarter of its population has some form of opiate addiction), it doesn’t focus on the day-to-day horrors (though there are some shooting-up shots), withdrawal scenes reminiscent of Trainspotting or violence, crime or desperation (though certain ‘tricks’ get a mention) associated with maintaining a drug habit, so much as it does the why and the how it all comes to this, and, of course, getting to know the people and families impacted by addiction.

He follows the lives of three people in particular – a 21-year-old addict in a horrendous relationship of power-imbalance, who relies on her abusive partner to keep her habit alive, at the risk of herself and sense of self, a recovering addict whose child is born addicted (as per the 1-in-10 babies in the town), and a resident of ‘tent city’ on the river banks, who for the most part says he’s happy as can be – ‘why would I give it up?’, until a more honest admission is revealed later. A deliberate, poignant edit.

One thing I found a little incomplete is what is alluded to in the trailer as well as through his interviews with the local emergency services crew, who are constantly reviving people from ODs (11,000 per year; fatal ODs 13 times the national average), is the suggestion that most of these people ended up in this situation from an addiction to prescription drugs, and subsequent legislative changes that made them no longer available. Can’t get pain killers – next stop heroin. A huge leap, I would’ve thought? But, in Huntington, not so huge at all. One-in-four. There are some references to the pharmaceutical companies and government, but it is not further explored in the way that films like Thank You For Smoking do.

It’s not that kind of film. It’s Louis Theroux, so it’s about the people. And what Louis does so well. He asks the most direct, personal questions that in the hands of other interviewers could be perceived as invasive, brutal, judgy. Not an ounce. No pun intended. Louis does his thing in the most calm, polite (British!) manner – and it works. His subjects reveal all with honesty and candour, rather than defensiveness or shame.

I really love Louis. And I really enjoy these kinds of films. And, despite its subject matter, there are some moments of light in the dark. 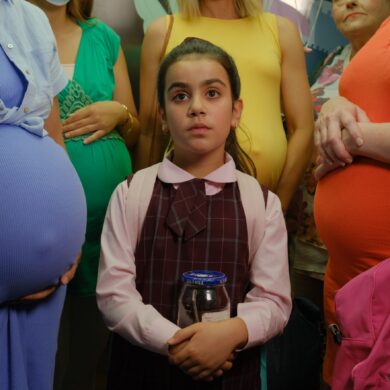