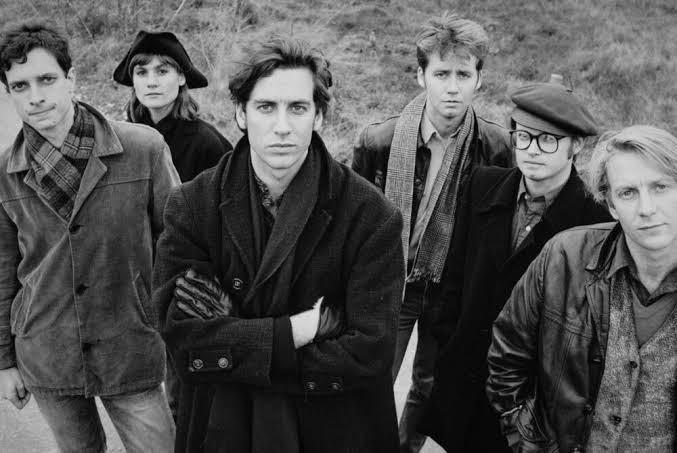 Love In Bright Landscapes: The Story of David McComb and The Triffids Review – An Inspirational Documentary About an Iconic Western Australian Musician

All too often the public hears of tortured artists whose lives were cut too short and David McComb tragically fulfilled this prophecy. McComb, best known as the lead singer of Australian band The Triffids, is the key focus of the recently released documentary by Jonathan Alley Love in Bright Landscapes: The Story of David McComb and The Triffids.

Beginning in rural Western Australia, the film establishes the pressures from his overbearing father (Harold McComb) a white-collar worker, before highlighting the influence of suburbia and desolation had on David’s music. It’s suggested throughout the film both by critics and friends that this landscape impacted David’s style throughout his career. The word ‘atmospheric’ is often used to describe The Triffids music during the documentary.

No stranger to being outside the conventional box from an early age, David and his brother crossed into Sydney living on the dole and playing gigs to their father’s unexpected disdain. This tension between David and his father is omnipresent throughout the film and a potent source of inspiration for David’s search to live further outside the parameters of society. Lyrics and notebooks riddle the screen throughout the documentary, often presenting postcards David sent on his travels to friends. A common thread throughout the documentary is that David couldn’t live without writing, he simply had to write. This passion and fervour are felt throughout the film by the accompanying interviewees like Paul Kelly and members of the band: Jill Yates (keyboardist) and Robert McComb (guitarist).

The landscape plays a key role in The Triffids music and branding, their 1986 album Born Sandy Devotional featuring a photograph of Mandurah in Western Australia. This element of uniqueness which the landscape brought to Australian music was a fundamental way that people from overseas could understand The Triffids music. The sparsity of Australia and the opposing seasons which ‘down under’ brings.

David appears humble throughout the documentary and this is exemplified in a cassette taped interview from a late 1980s interview in the UK. He responds to an interviewer disagreeing how he isn’t always polite and well-mannered, telling them underneath the veneer he is angry.

The directing allows for this notion of David as an outsider to seep in as multilayered sources like photos and written lyrics appear on the screen with footage of The Triffids playing live at various venues around the world. The film has a rapidity about it which compliments the way in which David’s mind seemed to operate. Towards the beginning this formal decision is confusing but begins to mellow throughout the rest of the film and shows David’s struggle to conform to normalcy.

The story is all too often told of gifted and magnificent artists who are tortured by their mental health, addiction, expectations and external pressures. David McComb struggled but made beautiful artwork through this austerity. His story is inspiring and worth viewing because of the impact his music made.