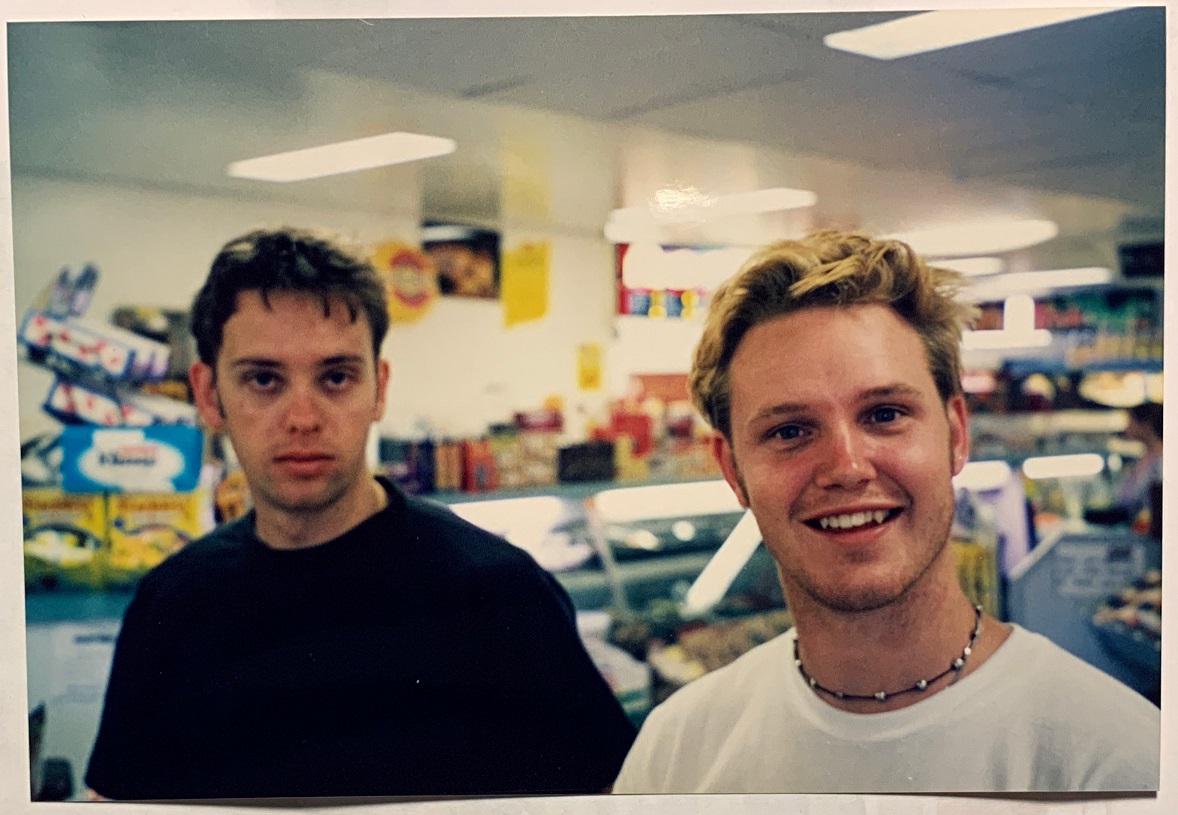 Perth’s Revelation Film Festival has been host to some truly brilliant Aussie rockumentaries, with Mat de Koning’s kick ass Meal Tickets and Travis Beard’s raucous Rockabul both blasting the roof off Luna Leederville. Now, for the third year in a row, Revelation brings the heat with another essential film about music – Maybe It’s Luck?

Focusing on Perth punk band, Kerb (no relation), Maybe It’s Luck? takes a look at the fire and drive that brings a band that’s been away from the music scene for almost twenty years back together again. But, the world of music has changed dramatically since the late nineties, where MySpace and Geocities ruled the internet, and every website had an overwhelming wealth of flash animations that worked to drain your feeble dial-up internet. And that’s where front man Steve Browne, ever the conjurer of off the wall ideas that find a way of working, uses his skills to reunite the band in Cambodia to record an album and to try make the whole shebang work again. But, as is the case of being a frenetic frontman trying to make everything work, the one thing that Steve couldn’t anticipate is himself.

To say more about Maybe It’s Luck? is to take away the extremely propulsive joy of rediscovering the gold that exists within both the Perth music scene and the Perth filmmaking scene. At once, the music of Kerb is as energetic and exciting as it ever was, but when paired with the breathless editing and direction from Chad Peacock and Steve himself, it shines in a completely new light. Just like with Meal Tickets and Rockabul, the drive for bands and artists existing in remote cities is as clear as ever in Maybe It’s Luck? The workload is triple-fold compared to bands in bigger, more artist friendly cities, with Steve getting his feet out on the ground to help market and promote Kerb’s first gig back by handing out thousands of flyers at a Foo Fighters gig. It doesn’t matter that the kick in the nuts at the end of the night is the realisation that essential information was missing from the flyers, with the reminder that if you want your work to matter, then you have to get out there and get dirty to make yourself known.

Contained within Maybe It’s Luck? is a perfect time capsule in relation to how far the world has come since the days of dirty gigs at the Grosvenor where bands could sell their five track EP’s just to afford a beer. The stark realisation about how much the world has changed hits the Kerb hard as their music is rejected from online music platforms for being ‘too short’. Not only has the world of music become restrictive to older bands, but it’s also outwardly antagonistic to punk music. Just because a song is a minute or less long doesn’t make it any less of a song, but for Steve and co., it’s just one more hurdle upon the pile of ever growing hurdles that they’re presented with.

Which is why Maybe It’s Luck? resonates so damn much. Despite everything, despite the issues the band face, despite their reappearance in a music world that has changed dramatically, these guys make it bloody well work. If there’s a will there’s a way, and sure enough, the gumption and drive for Kerb to be ‘a thing’ once again is tangible. There’s something purely ‘Perth’ about the energy of Steve and Chad, an energy that shows a need to show the rest of the world that this isn’t just a small city at the arse end of Nowhere, Australia, to show that y’know what, fuck y’all, Perth can make great stuff and you should pay attention to us. There’s a screaming from the Bell Tower vibe to Maybe It’s Luck?, and gosh it’s refreshing and purely electric.

Maybe It’s Luck? is screening at Perth’s Revelation Film Festival for one night only, and you should definitely head along to see this film. Part of the reason you should do that is not just for the film itself – which is a frenetic riot of a film that’ll leave you buzzing like a great gig should do –, but also for a music film of a completely different ilk: Connor Fantasia-serve’s short film, Peeping for Pepe. In this short documentary, Connor works to find out who the mysterious Nick Pepe was who adorned the cover of his album ‘Accordion after Dark’, an album which Connor fondly enjoys as part of his families record collection.

There’s one thing for certain with a director like Connor, and that’s the fact that he’s going to go far. With an on screen presence that is purely entrancing and entertaining, Connor’s personality is matched by brilliant filmmaking skills. Peeping for Pepe is an respectful, yet no less entertaining, look at an artist who put music out into the world and made an impact on one person. Sure, that artists instrument of choice was an accordion, but there’s no judgement about that at all from Connor. Peeping for Pepe, when paired with Maybe It’s Luck?, is a perfect reminder that no matter how big or small your artistic reach is, if you put something out into the world, somebody is going to pick it up and will engage with it.

I think back to the many bands I’ve seen throughout my gig going years in Perth, the small bands who may only exist for a year or two, and I’m grateful that they existed and that they made an effort to entertain. Then, I think about Steve, Chad, and Connor, and I’m grateful that these filmmakers – and many more of course – are telling these stories and reminding the world that the energy spent creating art is energy well spent.

The Call of the Wild Review – True Grit with Digital Dogs