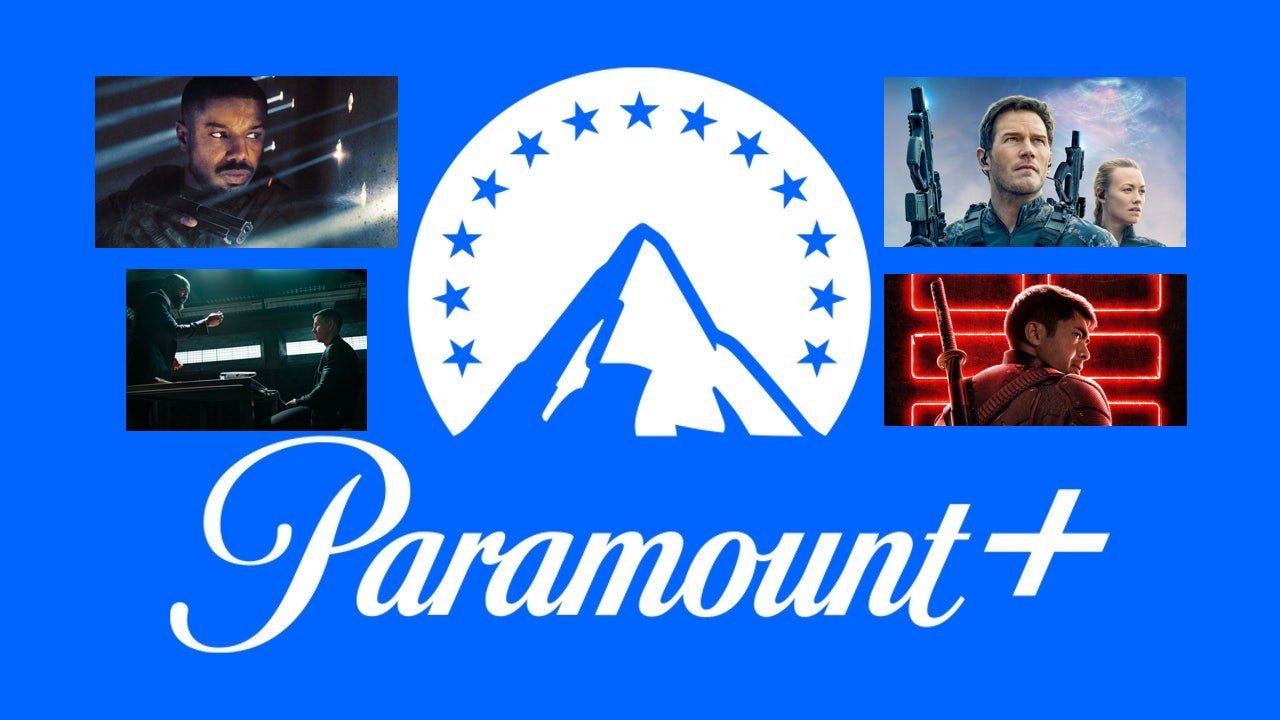 What is Paramount Pictures Doing?

From the same creatively bankrupt mindset that brought you Disney+, Apple TV+, HBO Max (US only), and Universal’s Peacock comes Paramount+.

Paramount Pictures has now launched their hopeful competitor to the main players in the streaming wars, boasting a library of titles from Indiana Jones, The Godfather, Transformers,  Mission: Impossible and Nickelodeon, as well as an iCarly and Dexter revival and new SpongeBob prequel series. Oh and that new Mark Wahlberg movie I just reviewed.

The service originally started life as CBS All Access in the US, with its flagship shows being Star Trek: Discovery and Jordan Peele’s revival of The Twilight Zone. Then it changed the name because of course you can’t market CBS All Access to places like Australia where CBS has never existed. It’s a similar problem to how HBO Max will never make it’s way here due to HBO being the same as Showcase on Foxtel.

One of the major initiatives related to the launch of Paramount+ is a theatrical window. For films like A Quite Place Part II, Snake Eyes, PAW Patrol and the upcoming Top Gun: Maverick, they will have a 45 day theatrical window before streaming exclusively to Paramount+. This idea is far more beneficial than day-and-date releases from Disney and Warner Bros. as most major films make their money within the first 45 days. It also prevents piracy from leaking high-quality copies of brand new films onto the internet, cannibalising box office.

However, there is a major problem here: it’s Paramount. Paramount+, unlike what their marketing will tell you, is just another streaming service, and one that lacks the kind of impressive library that warrants the existence of services for Disney and Warner Bros. As I mentioned, Paramount has access to notable franchises, but new Indiana Jones films will be made under Disney, Transformers movies have stalled for the time being, and there will never be a new Godfather film (beyond Francis and the Godfather). To fill up their limited appeal, Paramount seem to have made a deal with Warner Bros. to have access to their titles, soaking up that HBO Max hole in Australia’s entertainment landscape.

The service is still a lacklustre attempt to have a dog in the fight of the streaming wars, and they still took the laziest approach. It’s just <insert studio name> and a plus symbol with a blue colour scheme. After Amazon Prime Video, Disney+ and Stan, can we outlaw any new streaming service from having blue as their main colour?

All of this is just a preamble for a larger concern I have for Paramount Pictures. In a simple question: what are they doing?

As I also mentioned, one of the flagship titles Paramount+ has gone with is the new Mark Wahlberg film Infinite, which is an exclusive film for the service. However, I’ve seen it, reviewed it, and hated it. This is not something designed for a streaming service, and neither was Amazon’s The Tomorrow War and Without Remorse, orNetflix’ Love and Monsters, The Trial of the Chicago 7, Sponge On The Run, Eli, Annihilation or The Cloverfield Paradox.

Paramount Pictures have sold more of their movies to streaming services than any other studio, but without ever making specific overall deals. Take Sony Pictures for example, who have made the smart move and decided against a streaming service of their own in favour of Netflix exclusivity for 3 of their 2021 films, as well as streaming rights for 2022 films after 45 days in theatres.

Paramount has gone more for the “highest bidder” approach, determining that a dozen of their major titles since 2018 are not “worth” worldwide theatrical distribution, that whoever can front the 9-figure budget-covering pay checks is good enough. One could argue the pandemic is a factor, but this has been happening before COVID

The twin canaries in the coal mine were in February 2018 with The Cloverfield Paradox and Annihilation. Both films were sold to Netflix (though Annihilation was released in theatres in the U.S. and China), and the assumed mentality was that the Cloverfield instalment was so bad the studio wanted to get rid of it. With Annihilation, the apparent reasoning was that Alex Garland’s sophomore directorial effort was “too cerebral” for mainstream audiences.

Surrounding this was the fact that Paramount was consistently slipping in the rankings of highest-earning studios at the worldwide and domestic box office. Transformers, Teenage Mutant Ninja Turtles, Terminator, Star Trek, Jack Reacher, Ghost in the Shell and Baywatch were all poised to be the next big thing but all became disappointments or were outright flops. It’s only A Quiet Place and Mission: Impossible leading the way, but they are driven by other, more involved filmmakers.

So then we come to 2020. A year defined by film schedule reshuffling and release date cancellations. Some movies moved to 2021 as a precaution, others were sold to Netflix and other streamers to continue some kind of business as usual. Paramount started the year well with a sizable box-office haul for Sonic the Hedgehog, but soon followed suit with streaming releases. And they weren’t just comedies like The Lovebirds or mid-budget dramas like The Trial of the Chicago 7.

The effects of 2020 bleed into 2021, with most of Paramount’s library being streaming exclusive films that definitely cost anywhere above $75 or $100 million, although Coming 2 America looks cheap enough to be an exclusive streaming production. Without Remorse, Infinite, and The Tomorrow War are expensive films, the latter costing a reported $200 million. These were filmed in 2019 and designed to be seen in theatres, with all the slick production qualities, overabundant CGI, and opaque franchise set-up you would expect from mainstream blockbusters.

But wait; what about A Quiet Place Part II and Snake Eyes? It is true that both films were released exclusive to theatres, but they are different examples.

A Quiet Place Part II was a hard-fought battle on the part of producers Michael Bay, Andrew Form, Brad Fuller, and John Krasinski. They wanted to wait the necessary year and have it exclusive to theatres because they knew the audience was there. And they were right. A $295 million box office haul during a pandemic is nothing to ignore.

And then there’s Snake Eyes. When the prequel and franchise restarter with the laughable subtitle of G.I. Joe Origins came out in July, I had no intention to see it. I still haven’t. And it seems that most of the world held the same opinion, with the film debuting to dissatisfactory reviews and a box office of $35 million against a $110 million budget.

With four movies released over four months, Paramount went from a struggling studio to a bad joke.

Without Remorse is a dishwater-dull franchise hopeful that wastes Michael B. Jordan, Infinite was so worthless that its own studio accepted it as a loss before it was ever released, The Tomorrow War is Libertarian nonsense disguised as the poor-man’s version of Edge of Tomorrow, and Snake Eyes killed the “Hasbro Cinematic Universe” before it ever started.

What’s worse is that Paramount spent hundreds of millions of dollars producing films with terrible first-draft quality scripts and extremely talented actors (who aren’t named Mark or Chris), with the promise of success. They then dumped several of them on whatever streaming service was coughing up the most money, but still said that their unwanted G.I. Joe prequel was the only one deserving of theatres. The fact that Snake Eyes is going to be one of the biggest box office disappointments in a pandemic year proves how wrong Paramount is.

Perhaps the studio will accept their losses with grace. It’s unlikely that surefire box office bets like PAW Patrol: The Movie, Jackass Forever, Top Gun: Maverick, Scream, Sonic the Hedgehog 2, and however many Mission: Impossible movies Tom Cruise has left in him will become Paramount+ exclusives.

The damage has been done anyway. Over the past 3 years and particularly in 2021 so far, Paramount Pictures has sent out the message that they’ll waste worthy resources on bad ideas while also giving hungry filmmakers their chances, and still deem both results as unworthy of proper theatrical releases. Pandemic or not, they will still sell whatever they want to the highest bidder and then wonder in dumbstruck awe why they aren’t as successful anymore. The writing is on the wall.