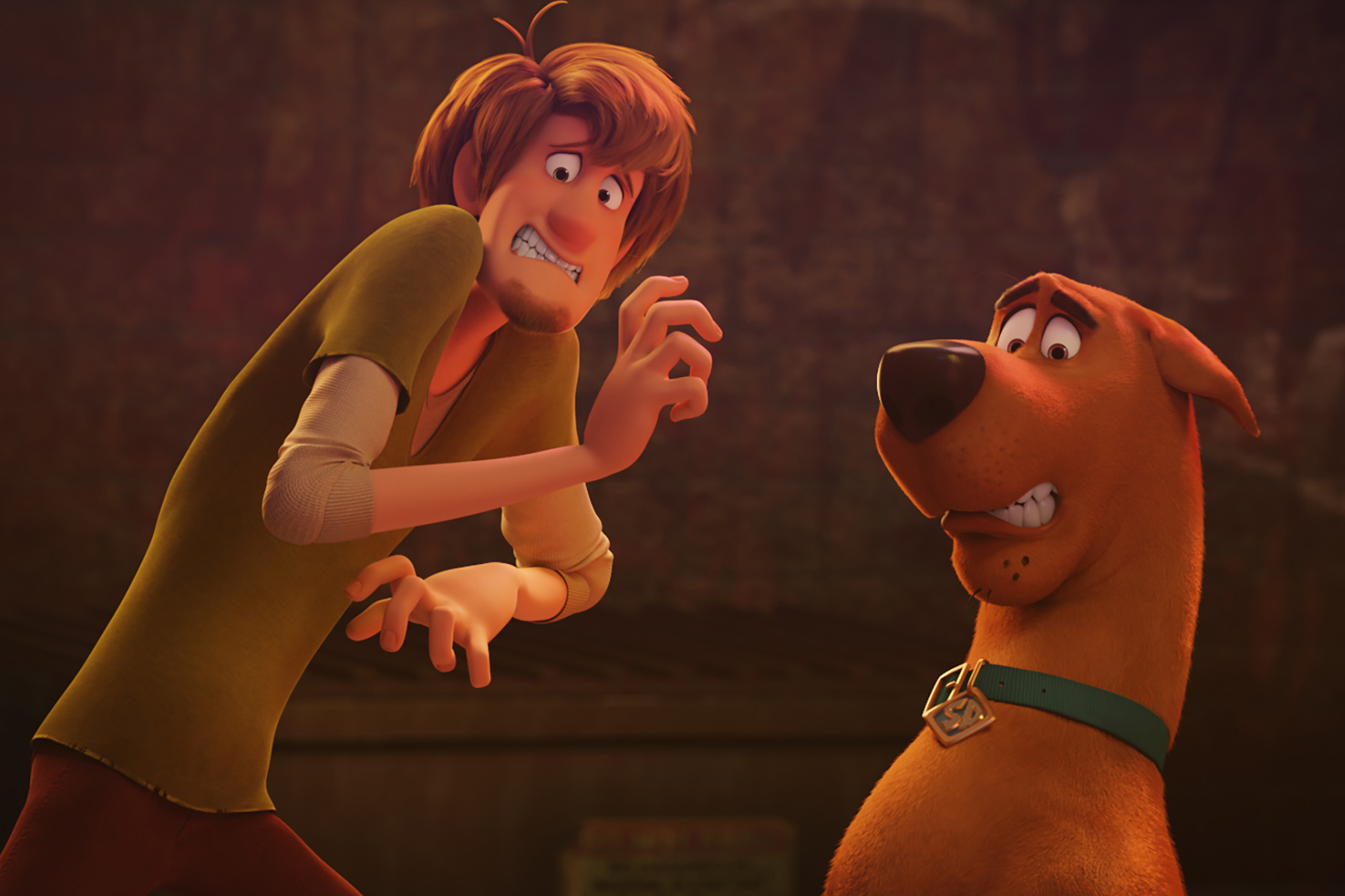 Scoob! Review – Turn Off Your Mind if You Want to Enjoy This One

Honestly never thought I would find myself saying this but after watching 2020’s Scoob! I much prefer the two early 2000s live-action films. At least they had Matthew Lillard in perfect casting as Shaggy.

Scoob! is the one of the latest 2020 animated movies, or movies in general, to have had its planned theatrical release at first postponed due to COVID-19 and then randomly cancelled in favour of a digital release. I talked before in my review for Trolls World Tour and in a previous piece about cinemas, both addressing my misgivings and cautions about such a release model, so let’s just look at what Scoob! is and what it also means to cinema if this is the kind of movie to be released at home suddenly.

Scoob! comes to us from the people who brought you a bunch of crappy Tom & Jerry direct-to-video movies (director Tony Cervone), The Christmas Chronicles, The Addams Family, Playing with Fire (co-writer Matt Lieberman), Due Date, Alvin and the Chipmunks: The Road Chip, Rampage (co-writer Adam Sztykiel), and Norm of the North (co-writers Jack Donaldson and Derek Elliott), so you just know it’s going to be great.

A high-budgeted and fully-backed animated Scooby-Doo movie actually sounds like a great idea, as the franchise started in animation and has found the most success since in direct-to-video animated movies starting in 1998. The live-action movies made money but were seen as throwaway trash that hasn’t dated well. Honestly, they both look like the first two Godfather films compared to the The Godfather Part III that is Scoob!

The problem with this new movie is that it never wants to be a Scooby-Doo movie, just a generic animated superhero movie that does the bare minimum to be called Scooby-Doo. It flaunts references and cameos to the wider world of Hanna-Barbera characters, most of whom are lost on the kids in the audience, and all of which just feels like a cynical attempt at world-building a new cinematic universe. Pure desperation and nothing more.

Right now, after seeing Scoob!, I can only think of how those two live-action movies from the 2000s were able to nail the respective characters and their cartoonish nature, as opposed to these versions of Shaggy (Will Forte), Fred (Zac Efron), Daphne (Amanda Seyfried), Velma (Gina Rodriguez), and Scooby (Frank Welker) who are pale imitations of what was before. I’m not saying that the characters of Mystery Inc. were ever deep and meaningful, but they have to at least be fun to watch. In this case, the voice is just as important if not more than what we’re seeing, and none of the voice actors (excluding franchise mainstay Welker) stand out. Forte is a great comedic actor but his Shaggy is nothing compared to the perfection we’ve enjoyed from Matthew Lillard as the character in live-action and animation. Efron, Seyfried and Rodriguez all sound nice enough, but they never make their characters stand out from all the colour and chaos going around them, so much so that you might not even realise it’s them until you see the credits.

Oh and if you like Mark Wahlberg and Ken Jeong making “topical” references to social media and dabbing, or the most bizarre and out-of-place cameo from Simon Cowell whilst Shaggy and Scooby sing “Shallow” in front of him, then Scoob! is the lacklustre and schizophrenic movie from you. This, like Trolls World Tour, is just for the kids and that’s all, but even then why would you throw in Dick Dastardly, Muttley and Captain Caveman? No child has ever heard of them beyond the occasional reference in Family Guy. The animation is fine enough, colourful and expensive, but there is no heart, no soul, no truth, no depth at all here. One joke made me smile, a jab at Shaggy’s overexaggerated characterisation being what a middle-aged man thinks a hippie sounds and acts like, and that is all. If you want to spend 90 minutes or so not thinking and barely registering what’s on screen, then I cannot recommend Scoob! enough.