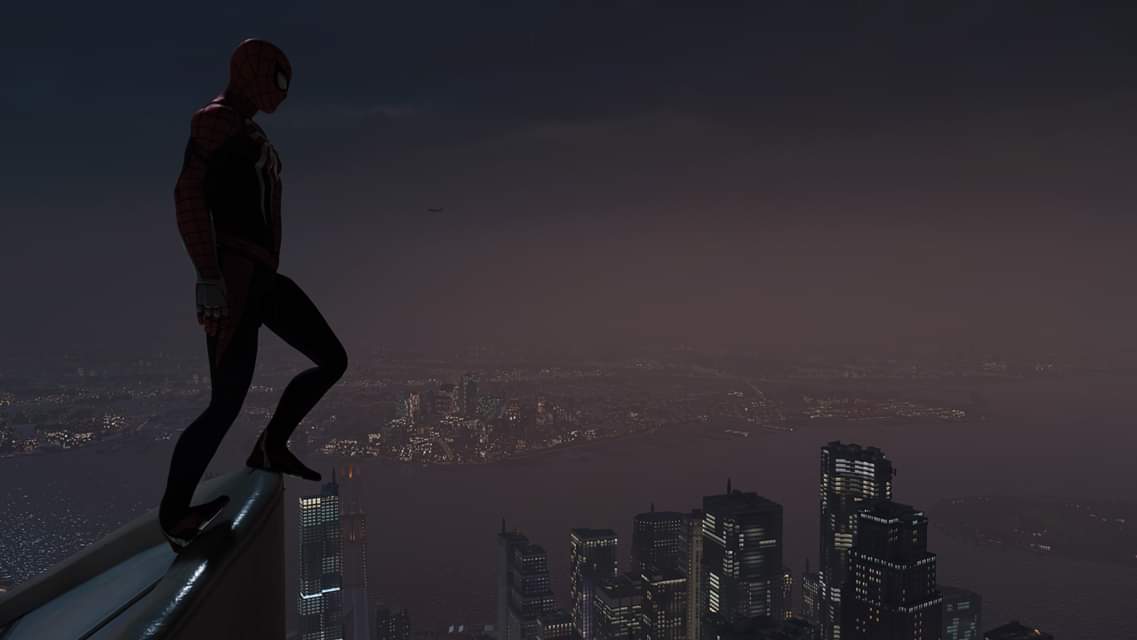 Spider-Man and the Map of Markers – Playstation 4 Review

After three different cinematic portrayals of the web swinging New Yorker (with a massive, multi-universe one coming very soon to explode that figure to a mammoth amount), you’d think we’d be all Spider-Donk’d out. But nope, here comes Insomniac Games with another version of the eponymous superhero dude.

In this spiffy new game, Spider-Man has been active for a fair while, having left behind the world of high school, and now well and truly on the path to being a responsible adult. He’s already put away a bunch of the trademark villains that have caused Manhattan havoc, and utilises his spare time to help out his boss Doctor Octavius do science stuff.

The narrative of this game works in two worlds. If you’re a Spider-Man faithful, and know the in’s and outs of the characters history, then you’ll lap this up like you wouldn’t believe. But, if you’re like me and are a bit of a Spider-Dude luddite (for example, I had no idea that Spider-Ham was a genuine thing and not just that Simpsons joke), then you’ll find the overload of lore a bit, well, overwhelming. Which, in itself, is fine. After all, odds are there are more Spider-Man faithfuls than not, and, arguably, what else are the developers going to fill their 20-30 hour game with other than everything Spider-Man?

So, while the name F.E.A.S.T. means little to me, or the presence of Miles Morales seems a bit superfluous narrative-wise, it doesn’t really matter if the core gameplay is up to scratch. And, for the most part, it is.

Swinging through Manhattan is a real joy. It’s smooth, it’s vibrant, it’s energetic, it carries all the thrill you’d hope from Spider-Man moving around a massive city. Impressively, the streets are littered with civilians and cars, all going about their own day to day life. This feels like a real world that operates regardless of whether the player is in the vicinity of it or not. Technically, this is a huge achievement.

However, while the technical advancements are impressive, the choice of making this an open world format game comes with its own issues. Yes, comparisons to the Batman Arkham series are inevitable and unavoidable, but at least with the Arkham games, the world map was gradually eeked out over the course of the narrative. Here, the world map is open pretty much immediately, well, that is at least after you initially get past some of the bugbears of open world games – namely, towers that help ‘open up’ the map.

And while this chore feels exactly like that, a chore, it’s not alone with the other mainstay bugbears of open world narrative games. I hate to say it, but if you’ve played one, odds are you’ve almost played them all. Spider-Man is no different. Each section of Manhattan is littered with busy-bee check off points that you just simply have to clear. Clarification is needed here, you don’t actually have to clear these extraneous tasks to progress the narrative, but you are certainly encouraged to do so via the narrative, the constant barrage of toxic verbal assaults J. Jonah Jameson spews on his talkback radio station, and from the game itself. On more than one occasion, I would complete a main quest, and at its conclusion I was reminded, hey, go explore the city.

On the surface, this gentle encouragement is fine. It’s simply that when you dig into the narrative of this Spider-Man, you’re left wondering if maybe the developers should have pushed the envelope a little bit more. Like Peter Parker himself, the game is simply too nice.

The notion that Peter Parker, and in turn, Spider-Man, is overwhelmed by trying to keep the city safe, is the core theme of this story. During cut scenes, we see Peter get worn down and become physically exhausted from battling his supervillain foes. Yet, outside of these cut scenes, there’s little gameplay context for this exhaustion.

To clarify this a bit more, when the whole map is opened up, and those tasks suddenly litter your screen, you can’t help but feel that you need to clear them off the screen post haste. After all, Spider-Man is a character who exists to keep a city safe, and if he knows exactly where the crime is occurring, then it makes sense for him to head right to the crime and put a stop to it.

Take a pivotal moment near the midway point of the game where Spider-Man has to attend a costume party. The party itself is a superb event, and a genuine joy of a set piece to engage with, however, the lack of a rush to actually get to the event takes all the importance of said event. Meaning, as soon as this party becomes available to visit, you’re encouraged to go to it, with Peter saying as you’re swinging around the city, ‘I should get to that party quickly’, but those map markers for other tasks remain on the screen. So, instead of me going straight to the party, I continued cleaning up the map and ticking off these other crime focused tasks before moving the plot along. Yet, in a immersion breaking moment, as I triggered one of the tasks, the game shifted from nighttime (when the party was occurring), to daytime. I ticked off the task, cleared that marker, and as soon as it was done, the game returned to the night.

Any urgency to visit the party was gone out the window. And in turn, the urgency of Spider-Man needing to save everyone and everything was gone with it. By simply having everything available at once, it robs the game of an easy way of immersing players into the anxiety of Spider-Man. Yes, it’s nice to feel like you’re swinging through the city as Spider-Man, but you’re only embodying half of who he is as a character. The other half is an overworked good guy in an overrun city, over which you’re only ever told he’s overworked and you’re never able to actually experience it.

It would have really been something if Insomniac took the notion of an open world map and threw these crime laden tasks at you as you’re progressing through the city. Have every corner be another crime that Spider-Man needs to solve. Have dilemmas where Spider-Man has to choose between trying to stop a bank robbery or the Shocker. Have it feel like an organic part of the world, rather than an obviously game based element that needs ‘ticking off’. Dr Octavius complains about Parker being late for work, but there is little narrative pressure on the player to actually go help him out in the lab, simply because you’re able to swing around the city until your hearts content before ever actually engaging in that ‘mission’.

It’s disappointing as it merely feels like Insomniac have slapped Spider-Man over the template for every other open world game. Which is frustrating as unlike Assassin’s Creed (for example), Spider-Man has a need to tick off all the tasks on the map. In a bid to provide you things to keep busy with, you’re never actually given the opportunity to feel busy. You’re never given the opportunity to feel like a hero, instead making you feel like a taskmaster. Heck, the game even goes to the point of putting in a villain called the Taskmaster – someone who literally throws ‘tasks’ at Spider-Man. I couldn’t help but groan.

Even more groan worthy is the redundant sequences that Mary Jane and Miles Morales are given to do. These moments simply have either character sneaking through an enemy filled area, trying to stay unnoticed. It’s slow, tedious, and boring, and in turn makes these two characters a chore to engage with rather than being a welcome respite from the web slinging of Spider-Man. There is, however, one sequence that involves Mary Jane and Spider-Man working together that employed the stealth mechanic wonderfully.

Other minor criticisms come from third act narrative beats that feel extremely contrived, with one character inadvertently and unknowingly carrying an item for a very, very long distance, simply so another character can be forced to interact with said item. It stretches believability, and raises the question of why the first character didn’t simply interact with the item in the first place. But, lore is lore, and lore can’t be adjusted, especially when it helps set up a sequel that will no doubt have even more Spider-Men.

Look, I may sound like I’m being unfairly harsh on what is an extremely polished game. But, ask yourself this if you’ve played Spider-Man and are a Spider-Man fan, are you enjoying the game simply because you’re playing as Spider-Man, or are you enjoying the game because of what you are tasked to do as Spider-Man? If it’s the former, then ask yourself, if this were a character in a different skin, would you still enjoy it? If it’s the latter, then you may simply enjoy open world games full with busy work more than I do.

Pick up Spider-Man on Playstation 4 here, or pick up the limited edition Spider-Man console here.