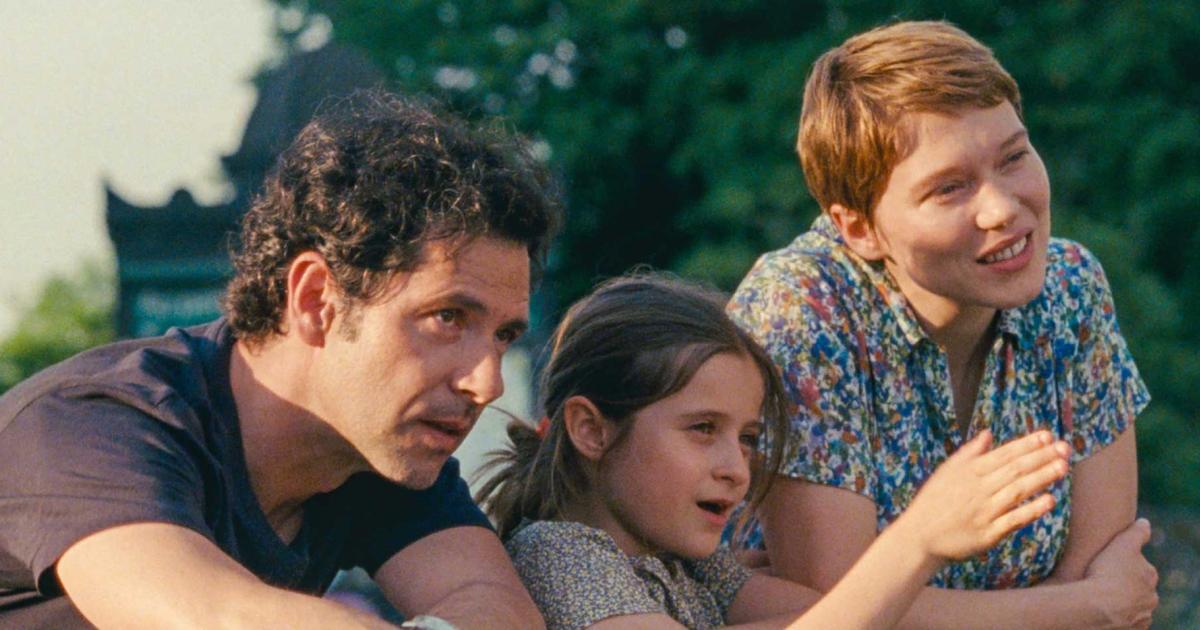 The central question of cinema is the extent to which it is an authentic representation of reality. With a global pandemic, a war in Europe erupting and the disproportion between rich and poor becoming exacerbated this year’s Sydney Film Festival reminded me of the role cinema plays in reflecting reality and ourselves.

Mia Hansen-Løve’s latest film One Fine Morning (Un Beau Matin) channelled the story of a rare neurodegenerative disease called Bensons which overcomes Sandra’s (Lea Seydoux) father George (Pascal Greggory). Hansen-Løve evocatively translates the canon of French New Wave titans like Eric Rohmer as Sandra fights to find love in a dignified way whilst raising her daughter Linn (Camille Leban Martins). She removes the artifice of cinema by self-reflexively acknowledging the very fallacy of the art form. Sandra’s mum Francoise (Nicole Garcia) regularly seduces the family that she’s not the centre-right affluent boho Parisian that everybody thinks as she proclaims various acts of vandalism with Extinction Rebellion. The astute aspect of the film is that whether moments are represented or not there is still a doubt in play which mimics George’s deteriorating body and mind. If neurodegenerative disease can be represented formally and aesthetically then Ali Abbasi’s latest film Holy Spider goes to another level as its source material is based on real events.

A serial killer who preys on sex workers is haunting Mashhad, a city in Iran, and news reporter Rahimi (Zar Amir-Ebrahimi) is sent to report on the tragedy. However, she becomes entangled in the mystery, delving deeper into who they are. Abbasi has a penchant for the human and the humane and Holy Spider confirms this motif as the audience questions the humanity of the killer throughout the film. Can religious fanaticism really purify somebody from the treacherous acts of murder they are committing or are they inhumane? Holy Spider is based on real events but plays on the authenticity of the events represented through the incorporation of footage shot within the film from other sources like handy-cams. Similar to Austrian born auteur Michael Haneke Abbasi self-reflexively shows the maligned and constructed nature of film using confronting violence to make his statement. Whilst Holy Spider is based on real events, documentaries themselves proved to be metatextual as seen in Robert B. Weide’s biopic about the countercultural author Kurt Vonnegut: Unstuck in Time.

Capturing a forty-year relationship into a two-hour documentary is difficult but comedian and creator of Curb Your Enthusiasm Robert B. Weide successfully achieves this. Unstuck in Time is a beautiful and tender film about the insanity of being a creative genius and the perils that come with that responsibility. It’s important that Weide captures Vonnegut’s Indiana childhood and his tumultuous World War II experience in Dresden (which would inspire his 1969 novel Slaughterhouse House Five)because the two share a chemistry of self-critical idiocy and wit. Weide inserts himself into the film quite literally in order to share his own journey with Kurt and the burden which comes from being a documentarian in general, “are you my subject or my friend?” Asks Weide throughout the film to himself.

Another documentary which blurred the line between authenticity and naturalism was Daniel Roher’s informative film on Russian dissident Alexei Navalny. Shot across time periods from when he was poisoned to his escape and subsequent return to Russia the film struck a chord and had the audience reacting raucously in Sydney’s State theatre. However, the film didn’t need to be feature length and would have been more effective as an in-depth television bulletin. The funding by CNN also loomed large in the film’s proclamation that freedom of speech and dissidence should be universal. Whilst the Russian government is no benevolent regime, and Putin is attacked firmly, it felt the film aligned itself too closely with tenets of American culture akin to cultural imperialism. Crossing continents, Moroccan writer-director Maryam Touzani’s film The Blue Caftan sumptuously and delicately captures repressed love in a touching story.

Halim (Saleh Bakri) is a dressmaker who takes pride in his slow and detailed approach to his craft. His wife Mina (Lubna Azabal) is sick and Halim is behind on his deadlines leading him to employ interns to help with the workload. Halim loves his wife but struggles to repress his real desires which becomes a point of conflict throughout the film. The cinematography by Adil Ayoub heightens the intricacy of the subject matter through extreme closeups and shallow focus which blurs the lines between dream and reality and the film is captivating until the very end. International cinema shone bright at Sydney but it fell short in Japanese hero Hirokazu Koreeda’s new film Broker.

Hirokazu Koreeda’s earlier film Shoplifters follows a disconnected family intent on breaking the law in order to get by. Broker picks up on these earlier themes as So-young (Ji-eun Lee) leaves a baby in a parish, only to return to, illegally try to retrieve and raise it. Sang-hyeon, played by Korean superstar Song Kang-ho and Dong-soo (Dong-won Gang) who were working at the parish on the night decide to raise the child before So-young returns and the three of them broker a deal to sell it off. The trio are chased across Korea by Detective Lee (Joo-Young Lee) and Soo-jin (Bae Doona) as they attempt to catch them illegally brokering the baby. The deconstruction of the driving principles of the nuclear family, namely a heteronormative mother and father and sibling gave the film an edge but Koreeda’s portrayal of Korea was bland and grey which was also disappointing given its potential as a road movie.

Some films can’t be saved no matter how inventive the post-production team work and Kirill Serebrennikov’s film Tchaikovsky’s Wife was testament to this. The film follows Antonina Miliukova (Alyona Mikhaylova), the wife of 19th century Russian composer Tchaikovsky (Odin Biron) as she falls in love, marries and subsequently divorces him due to suspected and historically detailed accounts of homosexuality. An intertitle before the film describes the length a woman had to go to divorce in the 19th century and Antonina’s plight is vividly constructed on the screen. The film was colour graded too dark and provided little respite by way of humour or light in general creating a foreboding and dark biopic which took itself too seriously. Cinematographer Vladislav Opelyants rescues the film occasionally with splendid single shot transitions which render time and place irresolute.

The final film on the cards was Ruben Östlund’s Palm d’Or winning film Triangle of Sadness, named after the triangle between the eyebrows and forehead which Botox users attempt to remove due to its caustic appearance. You’re better off knowing very little about this film as it really is a testament to the capacity of cinema to transmute the audience on a journey of discomfort. The film follows the hot and perennial ‘it’ model Yaya (Charlbi Dean Kriek) and her partner Carl (Harris Dickinson) the aspirational model who are wealthy enough to not even understand the value of money. Told in three acts Östlund’s film is like a psychological horror that the audience can’t escape but his statement is either too blunt or oblivious at times. The film questions the endurance and stability of entertainment under a capitalist system but if we’re the ones constantly laughing and there’s no self-reflexion its pure satire or at best allegory. These are both modes of metaphor which render the real imaginary which is Östlund’s statement throughout the film as he parodies the never-ending litany of reality shows which litter our televisions now from Love Island to Survivor. Whilst entertaining, it’s clear that in this ever-mutating relationship across the Atlantic between America and Europe the two continents are becoming all the more indistinguishable. Testament to this is the furore which Top Gun: Maverick caused at Cannes film festival this year.