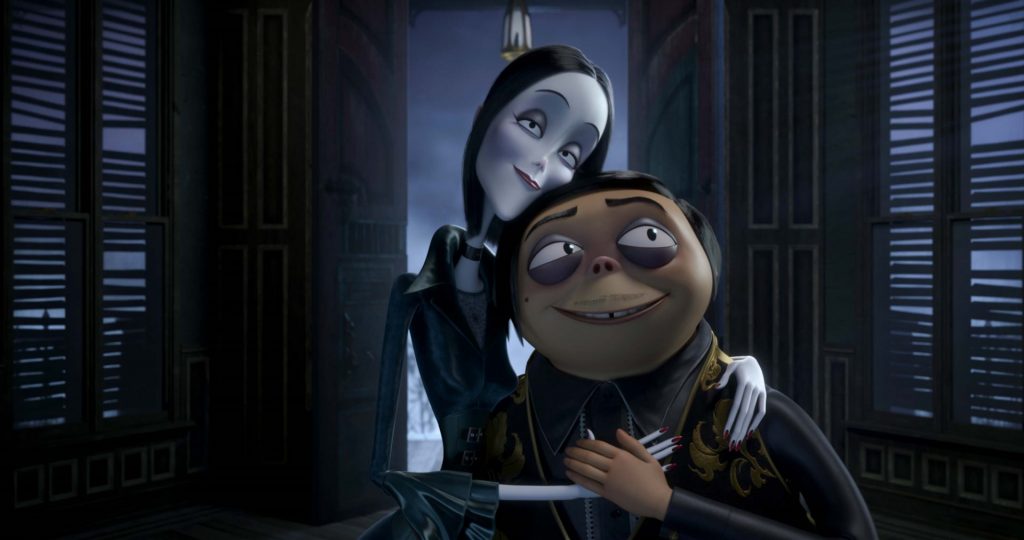 Directed by Conrad Vernon & Greg Tiernan, The Addams Family stars Oscar Issac, Charlize Theron, Chloë Grace Moretz, Finn Wolfhard, and Nick Kroll as Gomez, Morticia, Wednesday, Pugsley, and Uncle Fester, respectively; the creepy and kooky Addams family. The family has moved to a new home and is living their possibly ooky lives in peace, until the powerful suburbanites nearby start to put pressure on the family to conform or be cast out.

I’m gonna make this a short one people. I like the Addams family as characters, and this cast would have made an amazing live-action update of the characters, but an animated fare is still fine seeing as the characters started as a comic strip. Unfortunately, it’s some rather cheap CG animation that nails the character designs but really struggles to bring any energy during action scenes or indeed any rapid movement.

I love this cast so hearing them play these characters is delightful at times, but the characters are also put into a 2019 animated movie that isn’t Disney so modern references to pop culture, including an egregious Cardi B reference, just feel kind of gross and a bit too Hotel Transylvania (even though I don’t mind those movies). This is often what happens when animated movies aren’t under the Disney or Laika banner: they force in modern pop culture references that kids would get to try and directly appeal to them and appear more relevant than cheap animated fare.

The Addams Family has a few fun gags and jokes, moves quickly along, and but ultimately is a toothless affair, and these characters feel like they deserve more than that. They speak for the freaks, the outsiders, those who never want to fit in, but the direction of this animated movie never seeks to be exceptional or resist conformity to other animated fare, and is reserved to join most of its mediocrity beyond the major companies.

Lucy in the Sky Review – A Strange and Wild Film, and Not in a Good Way