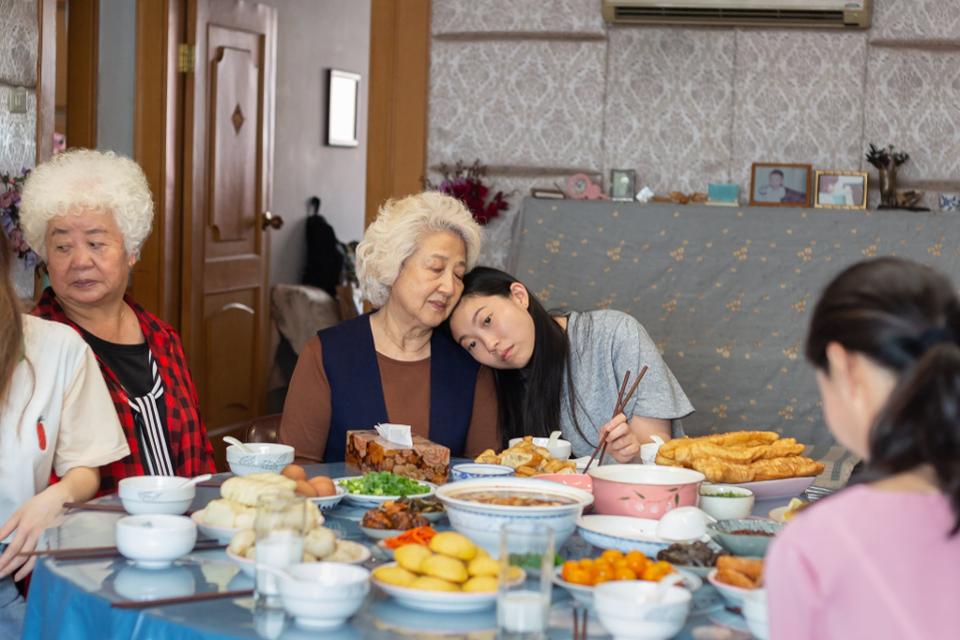 Written and directed by Lulu Wang, The Farewell stars Awkwafina as Billi, a young woman from New York with Chinese heritage who, after learning her grandmother Nai Nai (Zhao Shuzhen) has lung cancer, travels back home to China, where her family is keeping the diagnosis a secret from Nai Nai. With this decision, Billi starts to understand her family more and some major differences between East and West.

Another big hit out of the Sundance Film Festival this year, like Fighting With my Family, Late Night and Blinded by the Light, The Farewell is currently at 99% on Rotten Tomatoes, so the bar has been set rather high before I ever saw this film. One particular quote from film critic David Ehrlich at Indiewire read “It cleared my skin and did my taxes…a near perfect movie”, which is nice and all, but what if it doesn’t live up?

Don’t worry, The Farewell is as good as people are saying it is. I can’t accurately say it’s a “near perfect movie” or “transcendent art”, but it is a very enjoyable, sensitive, and quietly moving portrayal of shared grief and the strongest bonds of family despite distance and circumstance. Billi’s family does not want to tell Nai Nai she has cancer because of a very different idea to how we in the Western world experience guilt. For Chinese people, grief is a collective experience, burdened on by the rest of the family but not by the person who is actually dying.

Billi has lived as an American for the majority of her life, so this culture clash as soon as she arrives to help her grandmother out and see her for what might be the last time, comes harder than anything most people can understand. This diverging path ahead of the character and the constant emotional turmoil is what Awkwafina understands so well and plays so beautifully. Awkwafina made her name through rap and comedy, but here she shows an incredible range of pain and guilt, trying to figure out what is the best course of action, either for herself or for her family. Reading about the actress, her life parallels that of Billi’s in a few respects, so it might be this familiarity of a granddaughter-grandmother relationship and playing a young woman with talents she has yet to fully explore that informs the reality of her performance. In any case, Awkwafina feels so different yet so natural, so inviting and so calming in her portrayal of this lost person, feeling isolated even when surrounded by love, and you can’t help but see some part of yourself in her.

Supporting performances from the whole of Billi’s extended family, in particular Zhao Shuzhen, are equally as natural and soulful, approaching each scene with the perfect emotion for the moment, and emphasising the pain of knowing someone so beloved will no longer be around soon. Shuzhen is a 75-year-old actress who’s mainly done TV and stage work in China, and in no way does this diminish the beauty of her performance here. She feels like your grandparent, whoever they are, as kind, warm, brutally honest and stubborn as hell as most grandparents are. Her smile, her playful quality and the truth in her eyes is so welcoming yet so heartbreaking. In a perfect world, Shuzhen and Awkwafina would be getting the awards attention they deserve.

The Farewell, above all else, IS Lulu Wang’s film. It begins with the phrase “based on an actual lie”, and this is the truth. Wang’s grandmother was diagnosed with cancer, her family has kept the truth from her, and staged a quick wedding at the time as an excuse to bring the family together for what might be her last moments. Not to say that the “based on a true story” angle instantly heightens any movie, but you can definitely feel Wang expressing such raw truth and personality on every frame. This family feels like a real family, warts and all, and that’s the emotions come swinging, back and forth across the spectrum. Her directorial style of mostly locked-down camera setups, naturalistic performances and lighting is so strong and bright and promising for what her career will be. I cannot wait for what Lulu Wang might do next.

Running at a perfect length of just under 100 minutes, showing off some fantastic cinematography from Anna Franquesa Solano, and maintaining such a strong tonal balance, The Farewell is just such a nice and quietly affecting movie, with virtually nothing wrong or off about it. It is more of a drama, so it can be slow-moving at times, and is more concerned with scenes of day to day tasks rather than dramatic revelations, but you will feel this story. You will know how the characters feel, and thanks to extraordinary performances and marvellous direction, The Farewell stays with you long after you’ve said…farewell.