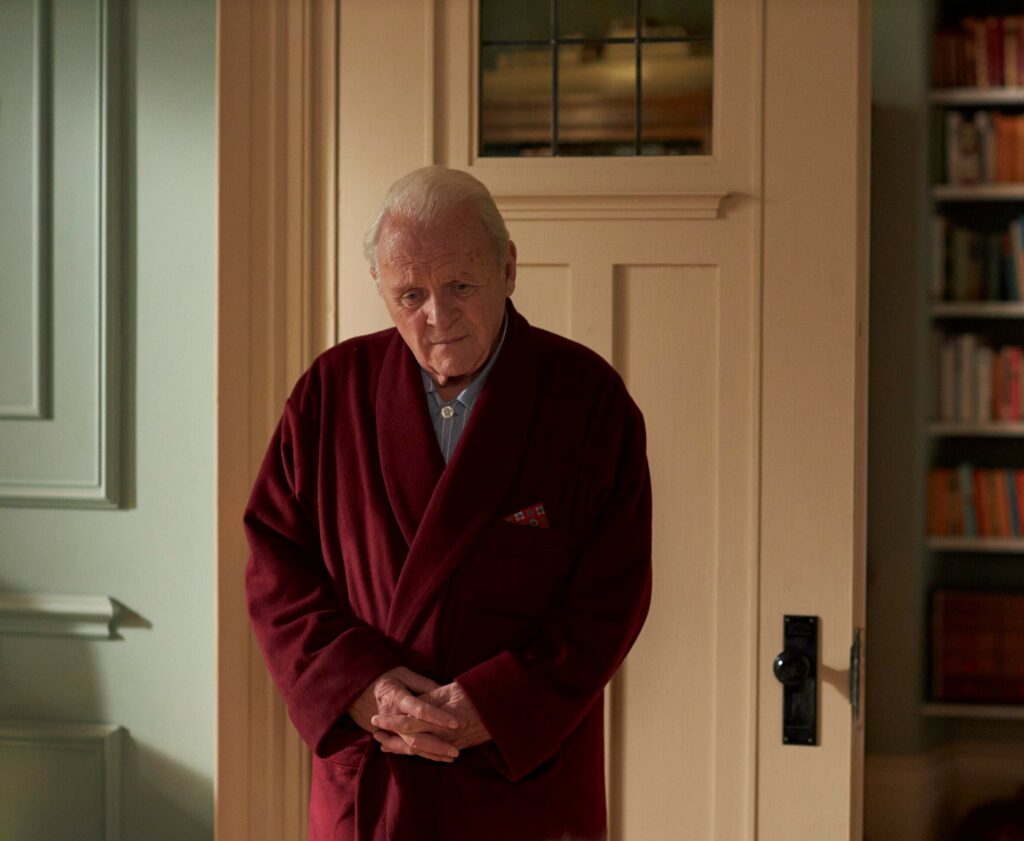 
The Father showcases the horrors of dementia with standout performances by its lead actors. First-time director Florian Zeller adapts his own stage play with limited settings and cast, but powerfully wrenches at the heart with the psychological turmoil felt by the eponymous character Anthony.

Anthony, played by his namesake Anthony Hopkins, has lived in his flat for decades, but as he enters the closing stages of his life, his mind begins to deteriorate. His daughter Anne (Olivia Colman) tries desperately to organise a caregiver as she plans to move to Paris with her new boyfriend, but Anthony obstinately refuses any help.

As a former engineer, and even a connoisseur of classical music, it appears Anthony is someone who prides himself on his intelligence and sharp mind. However, his denial and ferocious independence manifests in temperamental mood changes. In its opening moments, he accuses his last caregiver of “stealing my watch”, despite having forgotten where he left it. The symbolism of time disappearing and his life fading away is present in the film immediately, making his reluctance to face his condition and death profoundly sad.

Particularly noteworthy here is the acting, with Hopkins giving a remarkable performance, but Colman too evoking the sympathy and tenderness that balances out the film. Hopkins and Colman convey their lived experiences and trauma through facial expressions alone. Colman’s Anne overflows with sadness at her erratic father, but stifles emotions to remain strong in the face of personal attacks. Meanwhile, Hopkins turns on a dime the different nuances of his personality that reflects his depreciating lucidity. He adroitly shifts from charming Laura, a potential new carer, by demonstrating his tap-dancing moves, to belligerent outbursts in “I am not leaving my flat!”. Most poignantly, however, are the scenes when he is uncertain of what is happening, particularly the tremors and stutters in his voice when he does not recognise his own daughter – “where’s Anne?”, to when he forgets how to put on his own sweater.

However, to encapsulate the experience of dementia, Zeller cleverly infuses the perspective of the audience deeply into Anthony’s mind. In this way, information is experienced and understood by Anthony in a linear fashion, but scenes begin to skip and loop around which reveal a non-linear narrative and thereby his worsening condition.

Zeller invokes horror elements into perfectly innocuous moments by utilising different actors to play the same part, thereby destabilising the viewer’s understanding. For example, when Anthony wanders into the living room, he finds Paul, a complete stranger who claims to live in the apartment, and has been married to Anthony’s daughter for 10 years. However, when Anne comes back from grocery shopping soon after, Anthony springs to the door hopeful for a familiar face, but another stranger arrives claiming to be Anne, but she bears just enough resemblance to Anne that Anthony starts to doubt himself.

The production design and mise-en-scène also masterfully contribute to an accumulative effect of disorientation. As the film progresses, Anthony’s apartment undergoes imperceptible alterations, such as the décor and walls fading in colour and tone, while furniture is moved or completely sparse.  In particular, Anthony passionately reminds everyone that visits the flat about the centrepiece occupying the living room – a beautifully melancholic painting of a small girl running through grass – which was painted by his “favourite” daughter Lucy. Although a glimmer sparks in Anthony’s eye when he recalls she used to call him “little daddy”, he does not know “why she never visits”. Through the tearful expression of Anne, there is clearly a painful memory behind Lucy. When the painting disappears, Anthony’s memories of himself and his own identity begin to dissipate with heart-breaking consequences.

Although its subject matter is emotionally taxing, the film is not all doom and gloom. There is an acerbic wit and moments of levity imbued into the script that create an air of humour. One recurring example is when Anne tells her father she is moving to Paris, and he quips “Paris? They don’t even speak English there.” Furthermore, when Laura meets Anthony and Anne for the first time, she compliments that “he seems very charming”, but Anne darts her eyes; “yeah, not always.”

For a film at 97 minutes, it is so packed with emotional substance, watching it becomes almost cathartic. It is a beautiful film that induces a renewed love and appreciation for older parents or grandparents.