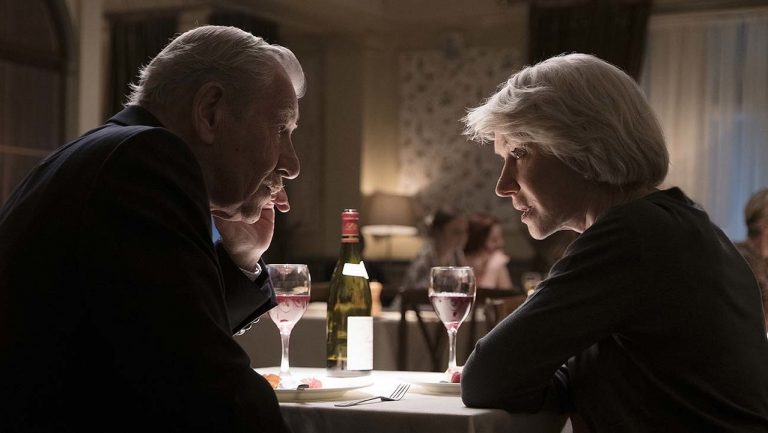 Few directors have taken such monumental shifts in style and tone, quite like Bill Condon.

The director started in the realm of horror with the likes of Candyman: Farewell to the Flesh (1995), then finding a musically inclined groove with the enigmatic Dreamgirls (2006), before eventually launching into blockbuster fare with The Twilight Saga: Breaking Dawn Part 1 & 2 (2011-12), and the live-action Beauty and the Beast (2017).

While the director certainly has an affinity for musicals, Condon’s resume offers a wide-array of differing tones and styles of filmmaking. This variety certainly creates a distinct filmography.

However, it also brings to attention a perceived lack of a singular vision, where clashing tones occasionally come to afront.

This brings us to The Good Liar, a new crime thriller based on Nicholas Searle’s novel and starring powerhouse thespians Sir Ian McKellen and Dame Helen Mirren.

Set in 2009, The Good Liar follows professional con-artist Roy Courtnay (McKellen), a wicked man who creates a long-standing rapport with potential targets, before manipulating and stripping said targets of their finances via an investment scam.

Roy’s latest target is Betty McLeish (Mirren), a retired widow with a considerable amount of money locked away in savings. Roy fabricates a persona marked by a feigned illness as a means of gaining the trust of Betty, after a meeting over the internet.

As Roy infiltrates Betty’s quaint English home, Roy’s previous dealings and cloudy past start to creep up on him, threatening the execution of his latest scam.

The Good Liar is a film that immediately gains attention based on the talent of its cast alone, echoing a time where a highly-regarded star could sell a film, without any reliance on existing IP.

As a result, The Good Liar draws you in solely on the power of its performances. McKellen and Mirren offer immaculate ease in embellishing their characters.

From endearingly natural conversations to ineluctable gravitas during the film’s heavier scenes, McKellen and Mirren bring the level of mastery that you expect, particularly with this being the first time that the duo has worked together on film.

What makes The Good Liar fascinating to watch is in how McKellen in particular, offers a unique examination of deception and corruption through the actions of Roy, showcasing the lengths someone will go to cover up the truth.

Despite this however, The Good Liar is undoubtedly an experience that is elevated significantly by its performances, as the plot falls victim to inconsistent tonal shifts.

For the most part, The Good Liar has a suitably comfortable feel, like you’re watching a charming English drama that feels at home on the ABC, slotted into a prime Saturday spot.


This is when the film is at its best – two great friends comfortably enjoying each other’s company… and then the film remembers it’s a crime thriller about con-artists.

The Good Liar finds difficulty in balancing the pleasantries of being an English slice-of-life drama, and also a serious, often times excessively violent, crime thriller.

The behind-the-scenes dealings with Roy’s scams is rather simplistic and surface level. Stereotypical businessmen and underworld figures dress up certain scenes fairly well, but offer nothing substantial outside of their caricatures.

Downton Abbey’s Jim Carter makes a welcome appearance as Roy’s criminal business partner Vincent, giving the film a boost whenever he is on-screen, unfortunately the character gets pushed to the wayside come the third act.

Without giving too much away, The Good Liar adds a subplot set during World War 2, which, while fascinating in its incredible recreation of 1940s Berlin, feels underdeveloped and shoehorned into the film. The film ignores any lead-up to this subplot for a considerable amount of time, creating a somewhat jarring transition.

This sub-plot involves heavy subject matter including a brief rape scene, so caution is advised.

While this subject matter can be and has been handled with professional courtesy in plenty of other films, in The Good Liar, the significance of the abuse is purely to announce sudden shock, without either any considerable build-up to such an event, nor any meaningful act of character development.

Which is disappointing, as so much of the film is delivered with such a bold sense of class and reverence.

This approach to more serious themes and topics is where The Good Liar falters considerably. These tonal shifts from pleasant English drama are stark and sudden, which made me wish the film had been split into two separate projects. One minute, Roy and Betty will be lulling over health problems, the next, someone is shot in the face with Condon lingering on the excessively gory details. These moments exacerbate a film that exaggerates when it shouldn’t.

This couldn’t be more apparent, than with a number of the film’s big twists. The abrupt delivery generates more melodrama than probably intended, leading to certain characters revealing increasingly unbelievable feats.

It’s at this stage where The Good Liar can feel like a big screen version of Midsomer Murders.

While there is some satisfaction in seeing characters get what they deserve, that satisfaction is diluted however, due to some frustratingly large leaps in logic.

The Good Liar is solid for the most part, offering two-thirds of a great English drama, with some of the best actors on the planet. Unfortunately, it stumbles considerably in the third act, offering twists that feel like they’re from an entirely different film.

With a clear and consistent vision from director Bill Condon, The Good Liar could’ve made a considerable impact during this year’s awards season.

Instead, it will likely be relegated to late night viewing on the ABC.