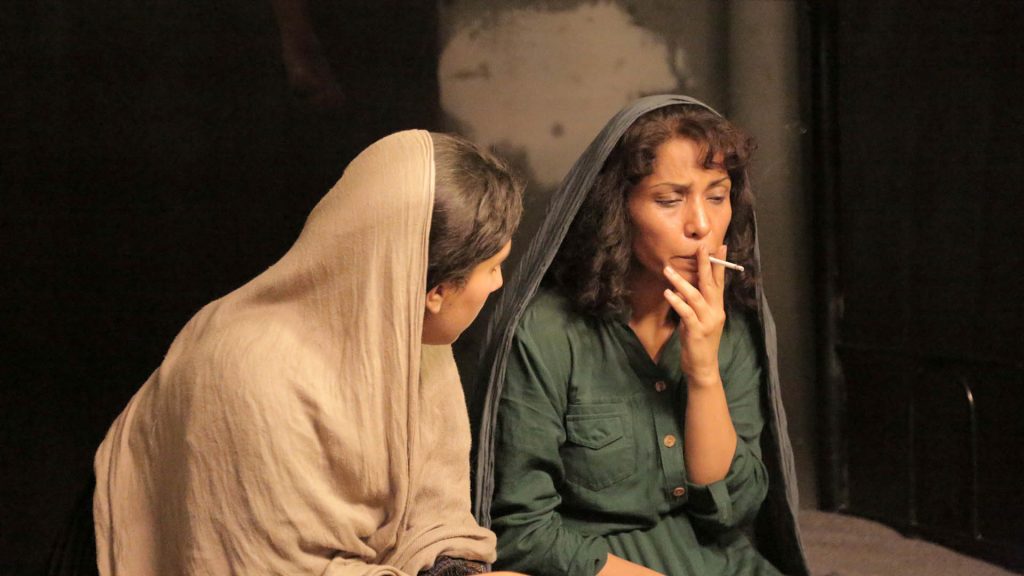 A Letter to the President – Adelaide Film Festival Review

A letter to the President is a film that follows the story of Soraya (Leena Alam) whom is the head of the Kabul Crime Division. She is called to an incident where she is forced to protect a young woman by arresting her. Others are unhappy with Soraya’s decision and it begins to adversely affect her personal life in which she already suffers abuse from her violent husband (Mahmoud Aryoubi). Then,following an incident caused by colleague Behzad (Aziz Deldar), her husband attack sher and she accidentally kills her while defending herself, she is then herself arrested and sentenced to death. Soraya then writes a letter to the president(Mamnoun Maqsoudi) to contest her penalty and claim her innocence.

Leena Alam portrays Soraya perfectly. In her performance she displays passion and intensity but also vulnerability. It is easy to see the pressure that her work puts on her. Her want to do the right thing but the frustration of the fact that she is in a male dominated space where women’s opinions and expertise are not valued. Socially, she experiences the same things, a lack of respect from her husband, her father in law and his business partners, and her distaste for this shows.

Aziz Deldar, whom also wrote the film, performs his role admirably, his actions which ultimately resulted in the arrest of Soraya are something that clearly bothers him. He is able to show regret, while also trying to help Soraya once she has been detained. Sorayas father in law, played by Asad-Ullah Tajzai is also worth noting. He is an evil man with connections to corrupt politicians and law men. He is partly the reason Soraya was sentenced to death in the first place. He gives a chilling performance and is very scary.

The president, played by Mamnoun Maqsoudi is also a great performance. The film transpires as he reads the letter, well, more of a novel,flicking back to the presidential office from time to time. He struggles to come to terms with what he is reading and ordering a stay of execution becomes of the decision he must make. Luckily his wife is there to help him through it –Zareen Nory is the first lady and she plays the role brilliantly. Her demeanour and advice also keep the president calm and helps him with his decision. It was a pivotal role and Zareen played it well.

A Letter to the President is well directed by Roya Sadat. The film is a testament to her ability to make a story resonate with social issues and also keep an audience entertained. The film is classified as a drama, but could also count as a thriller due to the intense nature and theme of it. What helps it along is the structure of the film, cutting back to the president’s office as he reads the letter helps split the film up, if it weren’t for those scenes, the film would have dragged on a bit. It also helped raise the tension, with a decision on whether to stay Soraya’s execution the stress levels in the office are evident.The film is Afghanistan’s official submission for the ‘Best Foreign Language Film’ at the academy awards in 2018. I have not watched too many other foreign films – but I think this one has a shot.