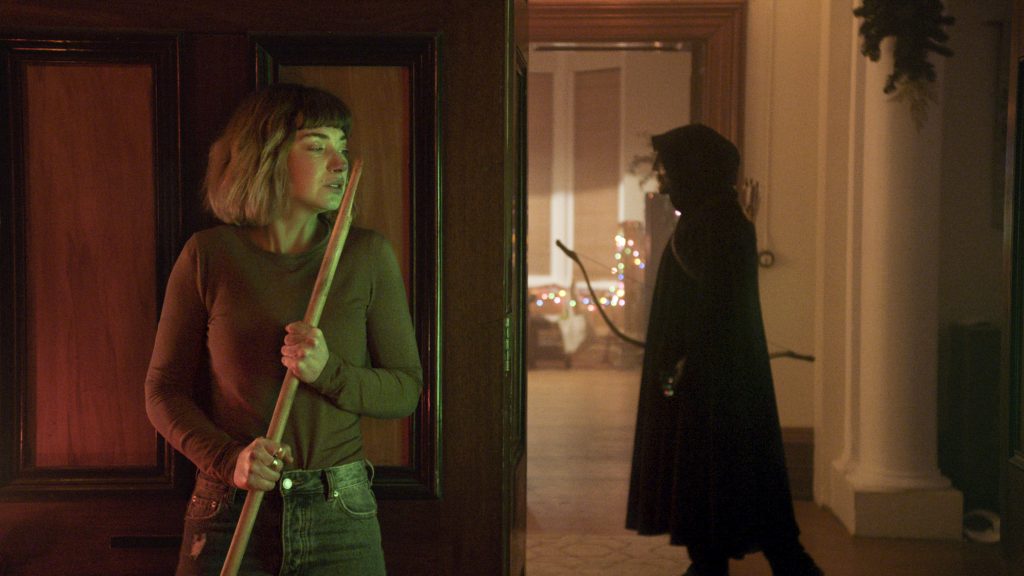 (from left) Riley (Imogen Poots) and a black-masked killer in "Black Christmas," co-written and directed by Sophia Takal.
Home
Reviews

This is the second remake of the 1974 Canadian slasher movie Black Christmas, and seems to be a remake in name only. The first two Black Christmas’ were about evil degenerate people living in the attic of a sorority, killing the sisters one-by-one in the house. This movie throws all that out the window in favour of a generic horror movie that wants so desperately to be a timely and relevant critique of rape culture and a feminist power fantasy, but lacks decent execution, compelling characters, or fluent writing to do so.

I don’t mean to be so negative straight into the first paragraph of a review, but Black Christmas annoyed me. Not because it’s a badly made film with questionable construction, but because it is so aggressively bland that it left no impact and I’m already starting to forget it. I fully support its internal politics and attempts to destroy, in a fictional setting, rape culture and the oppressive patriarchy setting upon young women, but I felt alienated and bludgeoned by this movie’s bluntness and wearing-thin the meaning of such messages.

Directed and co-written by Sophia Takal, Black Christmas stars Imogen Poots as college student and sorority sister Riley who, with other sorority sisters on the night before their winter break, are hunted down and terrorised by mysterious, black-cloaked attackers around the college campus, hellbent on destroying women by any means necessary.

First off, we never really care about the characters. Riley is a traumatised rape victim who no-one believed and now cannot feel comfortable around most people, but this trauma and insecurity never comes back to strengthen other character relationships. Her struggle is shown just enough to get you into thinking about some kind of meaningful resolution, then forgets it all in favour of more meaningless side characters who all feel the same and a plot that wants to be crazy and unexpected like other horror movies with a Satanic edge but is just basic and bland.

It’s not like I was expecting much from another Black Christmas movie, but Blumhouse can and have done great work, and a new female voice in horror is always a welcome thing, but this movie is not enough of the important horror things and too much of its own message that nothing registers in the end. Black Christmas is a forgettable 90-minute jump-scare-fest that won’t satisfy horror fans, other supporters of feminism, or really general audiences looking for a thrill. Or at least I predict so. Believe in victims though please! 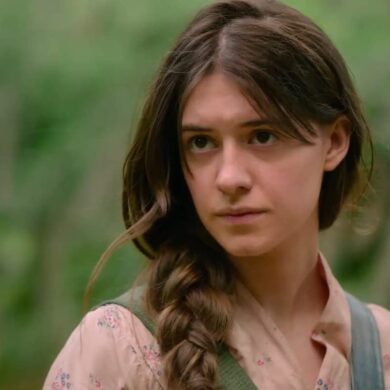