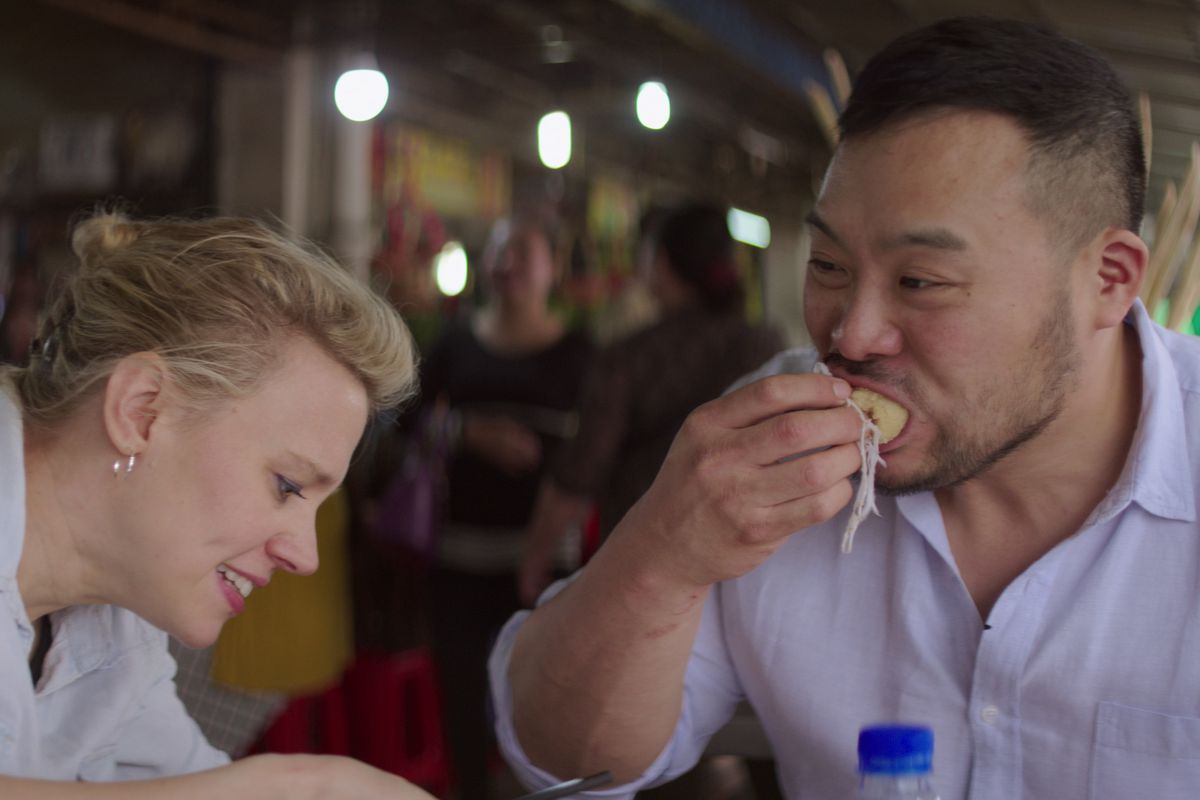 My new Netflix addiction is here. I was already addicted to David Chang’s Ugly Delicious, and I’m not ashamed to say that when I need something to kill the time, I rewatch that. I’ve gone through it countless times, finding peace in the way that Chang and his guests travel the world and experience different versions of food. Pulling from that motif, Chang’s new show, Breakfast, Lunch & Dinner has him visiting different cities with a celebrity guest as their guide, and as the title suggests, he eats breakfast, lunch, and dinner, with them, all the while navigating and learning about the city and the guest.

First up there’s Seth Rogen and Vancouver. The stereotype of Seth Rogen being a fun loving comedic stoner is proven 100% accurate right off the bat, as Rogen and Chang spend the day driving around Vancouver getting stoned and eating a wealth of different food. One of the things I love about Breakfast, Lunch & Dinner is the way it breaks down preconceptions about different cities. The tour of Vancouver subverts the predominantly white perspective that many may have of the city, with Rogen and Chang exploring the Asian culture and restaurants that proliferate the ‘off the main strip’ areas.

In the second episode, Chang visits Marrakech with Chrissy Teigan. If there’s a moment of ridiculous privilege to be sensed with this show, it’s here. Two wealthy people visiting a foreign city and living a luxurious life hits a point of possible peak cringe when Chang and Teigan are ferried out into the middle of the desert on camels to drink tea. Yet, instead you getting the feeling that you’re watching Sex and the City 2 continued, the chemistry between Chang and Teigan is so infectious, and so entertaining, that when Teigan calls husband John Legend on the phone to get him to sing a ridiculous song, you can’t help but grin like an idiot.

One of the luxuries of Chang spending the whole day with someone is that the guest is given the chance to relax, to be comfortable, to let down their guard and feel like they’re just having a regular day rather than being on a TV show. This is effortless TV, eagerly informing about a cities culture, while at the same time just being wonderfully entertaining.

While this is a food show first, it’s the way that Chang manages to weave in the cities history with the food that they’re eating. Whether it be the surprise from Seth Rogen over the film The Breakfast Club showing people being shocked that someone would eat sushi, or the way that he learns about the way that chefs are preparing traditional food in Cambodia, you’re always learning something about the city, and in turn, you’re learning about the guests as well.

The other two episodes have Lena Waithe taking Chang around Los Angeles, and Kate McKinnon visiting Cambodia with Chang. Waithe’s journey across LA has her and Chang eating everything in sight, so much so that I was convinced they’d both turned into a Mr Creosote and explode at the end. This excessive consumption reflects the excess of an ever changing Hollywood, which in turn reflects Waithe’s career path and success.

With McKinnon in Cambodia, the show wraps up with its best episode. McKinnon has always been an enjoyable person to spend time with, her brand of comedy being joyously left leaning and comforting. Her genuine intrigue in the history of Cambodia (which came as the most likely country of choice to visit after a bunch of Middle East countries were crossed off the list) is endearing, and the way that Chang and McKinnon learn about Cambodia’s history makes this more than just a ‘tourist TV show’. I was in awe of the questions that Chang had for the chefs he visited, inquiring about how they grapple with delivering dishes that represent pre-Khmer Rouge and post-Khmer Rouge Cambodia.

This is why I love these kinds of shows. You learn so much about the food that a country eats. The struggles they’ve faced. The changes they’ve had to implement due to necessity. There’s no judgement, there’s only respect and admiration. Food is such a common entity that it makes for a perfect way to break down barriers, stripping away differences in language, and in turn, it becomes a form of communication in itself. And honestly, there’s no one I’d love to communicate with food more than David Chang. 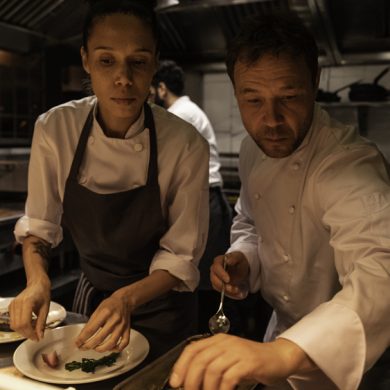