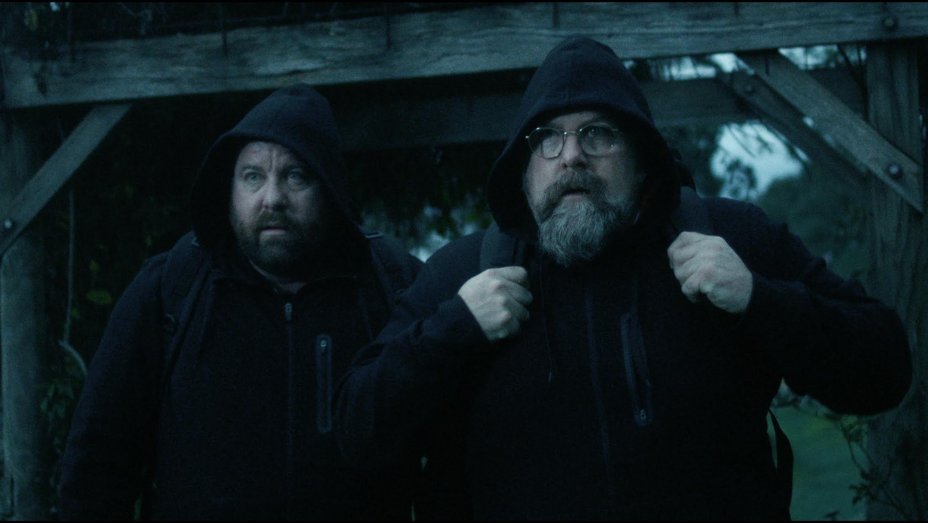 It’s been twelve years between drinks for director Clayton Jacobson. Kenny arrived in 2006 and conquered the Aussie film industry and box office, leaving a genuine mark on culture and redefining the concept of ‘toilet humour’. But, the Australian film industry is a slow moving one, and the difficulty in getting films made doesn’t exactly make things easier. Thanks to an ingenious funding idea, the Jacobson brothers are back with their latest effort – Brothers’ Nest.

For its ninety minute or so runtime, Brothers’ Nest employs a creeping darkness that gradually envelopes you and sucks you in. The thrill that Brothers’ Nest aims to smack you with is amplified by knowing as little as possible about it prior to slipping into its grip. So, with that in mind, if a good thriller is something you’re interested in, then Brothers’ Nest is exactly the kind of thing you’re going to want to dig into. And definitely don’t watch the trailer.

In many ways, this is an Aussie heist film. Real life siblings, Shane and Clayton Jacobson, play brothers who early one cold morning, trundle off on their bikes to a house seemingly in the middle of nowhere to enact a plan. How well that plan plays out all depends on how well Jeff (Clayton) manages to communicate it to Terry (Shane). Given the stereotypical, monosyllabic nature of Aussie males, it’s no surprise that things don’t exactly play out how each brother thinks it might.

The thrill of the trifecta of Clayton’s direction, Jaime Browne’s script, and the small ensemble cast, all working in unison, is a lot like the thrill you get from watching a wondrously constructed Rube Goldberg machine. Here, the first act sets out the plan, explaining in minute detail how it will work effectively and flawlessly. The second act then unpicks that plan, letting the house of cards gradually fall aside into a heap. The third act then forces us to assess the mess that’s left over and witness the fallout of the mess. The traditional three act structure employed by writer Jaime Browne works well, even if you are a little more acutely aware of the act changes than you may usually be thanks to some nice, subtle visual cues.

When you sit Brothers’ Nest alongside Browne’s previous feature, The Mule, you start to get a glimpse into the mind of someone who is able to construct supremely uncomfortable moments. Where The Mule had a nauseating sequence involving consuming some particularly noxious non-food items, Brothers’ Nest has some moments which gradually ratchet up the tension in unexpected ways. A sequence with a bathtub in particular will have your feet curling up.

Thrown into the mix is the superb cinematography by Peter Falk, bringing the level of visual ingenuity and awareness of the dark as he did with The Jammed. The countryside feels blanketed in a fog, in turn muting the impact of the usually harsh Australian sun. This is amplified by the seventies era household that the brothers creep around in. The dirty, stained yellow windows transforms that muted sunlight into an eerie light that creates an uncomfortable, unclean, dusty feeling. Dark wood walls, off colour shagpile carpets, aging electronics, and decidedly unnatural coloured bathrooms add to the lived in feel of the house. As the day grows weary, the plot grows darker, with the blood that is spilled matching the darkness of the all-consuming night.

Given the comedy pedigree of both Jacobson brothers, there is a suitable amount of tension breaking jokes, but never so rib tickling that it belies the necessary thriller genre tropes. In fact, the genius of Clayton’s direction shows itself with the deflective comedy that the brothers employ to avoid discussing the problems within their lives. In turn, the comedy that should provide a reprieve from the uneasiness, actually works to add to the uneasiness.

The masterful aspect of Brothers’ Nest is how it ends up exploring the flaws of the Australian male. In short – the story would not exist if the two brothers simply talked about their problems with each other. When issues of divorce or financial issues are swept under the rug because the fear of being open and vulnerable is too much, it then adds a heartbreaking tone to some of the second and third act reveals. Both Clayton and Shane deliver career best performances, with their real life brotherhood amplifying the sibling relationship that Jeff and Terry have. On some level, this feels like a blood-letting for the brothers, a way of letting off any possible grievances that have built up over the years.

I fear I’m painting Brothers’ Nest as a darker, more depressing film than it actually is. It’s not – with equal moments of levity and tension, the combined genre of dark comedy and thriller sing in harmony. This is a truly superb entry into the pantheon of Australian cinema. Visually stunning, emotionally taut, narratively engaging, superbly acted and directed, and deceptively self-reflective – you will not regret spending time wrapped up in Brothers’ Nest.

(It would be remiss of me to not mention the great performance from Lynette Curran who steals one of the best scenes in an Australian film I’ve seen in recent memory. To say any more would be to rob the surprise of her role.) 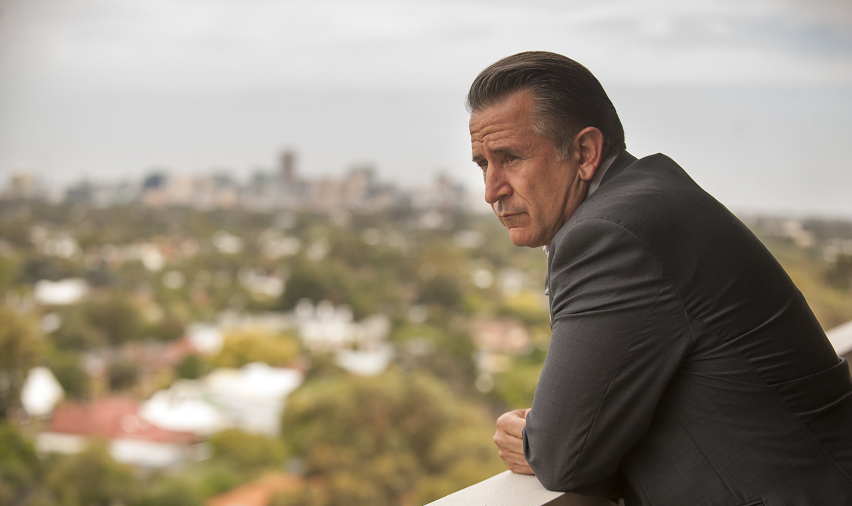