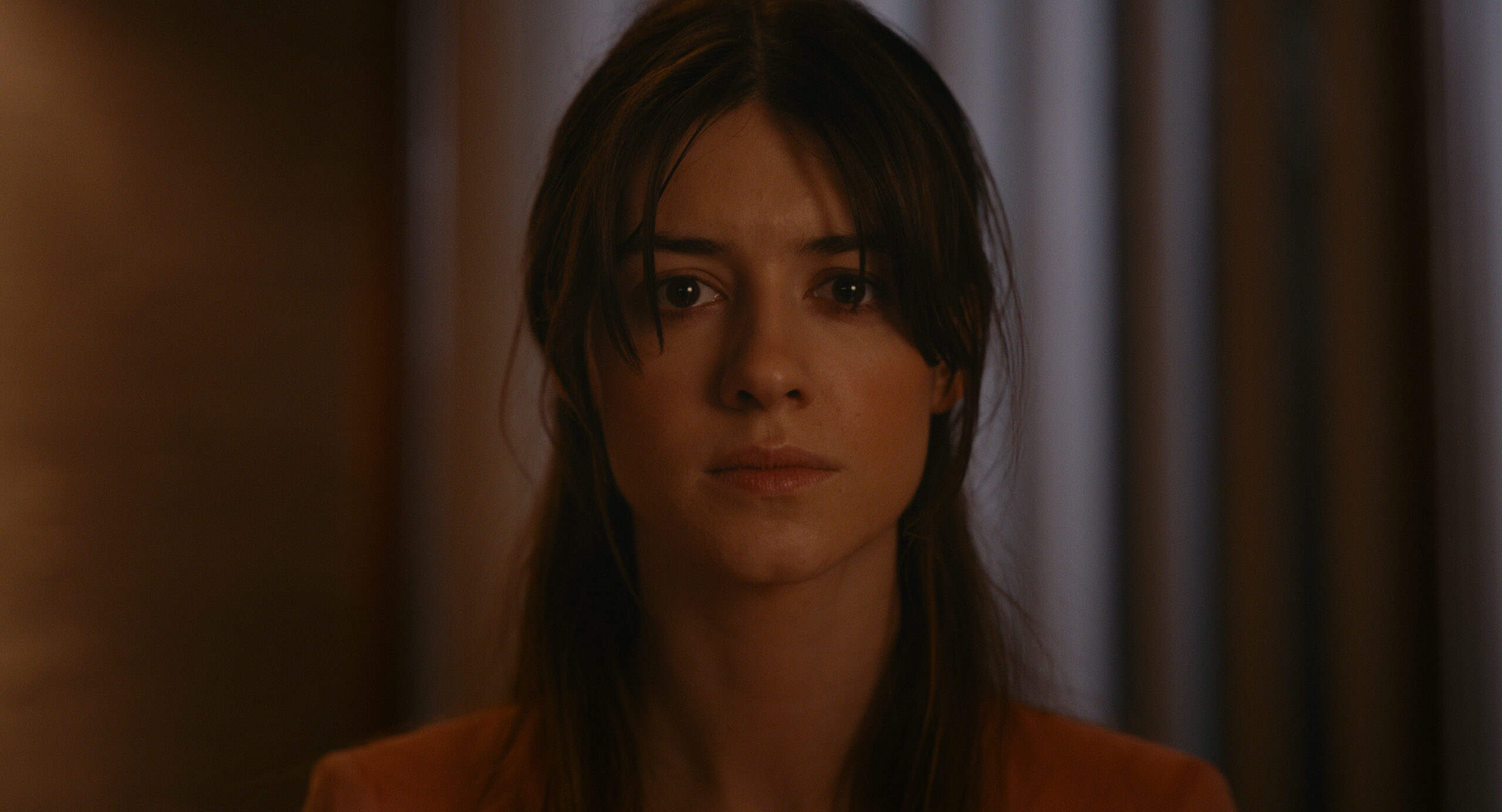 
Director Mimi Cave’s debut feature Fresh is a film that can be best described as going for the jugular in more ways than one. Initially Cave and screenwriter Lauryn Kahn seem to be crafting a satire about modern dating culture but as things take a much darker turn it becomes clear that they are critiquing the broader culture of misogyny and how men can quite literally carve up the bodies and agency of women to consume them as they see fit.

It’s difficult to discuss the film without revealing some spoilers, so if you want to go into Fresh with, shall we say, fresh eyes, close the page now and also avoid the marketing and trailer.

Noa (Daisy Edgar-Jones) is a young woman trying to navigate the world of online dating. After matching with a man on an app she meets him for an excruciating dinner where he rambles on about how much he loves hot sauce and how “women these days” just aren’t as feminine as the counterparts in the past. Wouldn’t Noa look so much prettier in a dress instead of oversized clothing? Chad (of course that’s his name) is seemingly just one in a long line of men who feel it is their right to opine on the state of modern womanhood. Noa isn’t having any of it, and after politely telling him that she doesn’t really see them as a match is called a “bitch” by Chad who storms off in fury.

At home Noa gets messages on the dating app that of course include unsolicited dick pics. Kahn cannily states the universal entitlement of certain men who believe their desires are foremost and that women just need to lighten up and deal with sexual harassment.

It’s little wonder that when she meets cute with Steve (Sebastian Stan) in the produce section of her local supermarket she’s charmed by his awkward attempts to make her laugh. What’s more he seems to respect that she has boundaries and when he asks for her number, the charmingly disarmed Noa gives it. After all the disastrous dates and messages, Steve seems like a god send.

Noa discusses Steve with her best friend Mollie (Jojo T. Gibbs). Mollie immediately wants to stalk him on Instagram but when Noa informs her that he doesn’t use social media certain red flags pop up for Mollie. It’s the 2020s after all. Despite her slight misgivings Mollie is genuinely happy that Noa seems to have found an available guy who isn’t basically an arse.

Proceedings move very quickly between Noa and Steve, from drinks to sex, and from there Steve invites her on a weekend getaway. Noa who is in Mollie’s terminology “dickmatised” (hypnotised by dick) agrees to go – after all Steve has been perfect. He’s a doctor, he’s available, he loves to dance to silly songs, and he genuinely is interested in Noa. It all seems like the beginning of a fantastic romance until it isn’t.

Steve and Noa drive up to his remote home supposedly on the way to the weekend holiday and things take a turn. In his extraordinarily tastefully decorated house Steve offers Noa a drink. Slowly the camera starts to move out of focus and the audience realises Noa has been drugged. Just as she drops face down on the floor the titles for the film drop. We are now in a very different territory to the one Cave originally set up. The tone of the film shifts, and romance is off the menu, or more specifically, Noa is on it.

Steve has been hiding more than a couple of secrets, his biggest is that he’s a cannibal and procures women’s flesh for an elite market of men. He chooses his victims based on their lack of family and community ties. Noa is only one of many women he has seduced and brought to his human abattoir. The film is now firmly in the realm of horror with Noa desperately trying to find a way to survive long enough not to be carved up to her death.

The tonal shift may be too much for some, although there isn’t a lot of gore on screen there are enough suggestive scenes of how the human meat gets to the table to make it difficult for some viewers. What doesn’t change is Cave’s critique of male entitlement, nor the dark humour that salvages some over the top goings on. Kahn and Cave have created a feminist tract that uses the tropes of horror to feed back all the violence we have seen women go through on and off screen. It is also darkly funny especially in the final act where frankly, catharsis is necessary after watching Noa and other women suffer so much.

Fresh is a bold film that doesn’t hold back on any of its messaging. It also provides Sebastian Stan with one of his best roles to date. He’s charming and menacing, seductive and sleazy, and somewhere within all of that, more than a bit ridiculous. Daisy Edgar-Jones as Noa is just enough of an every-woman to be relatable at all stages of the film. Supporting turns by Jojo T. Gibbs, Dayo Okeniyi, and Charlotte Le Bon are all strong – especially Gibbs who as Mollie gets some of the best lines in the movie as well as being a strong focal point in the second half of it.

Cave leans heavily into camp in some places especially with the soundtrack. It all works to keep the film moving and the satire relevant. Watching Steve prepare a human thigh for consumption to Animotion’s 80s hit ‘Obsession’ is as hilarious as it is horrifying. Visually the film is an absolute treat expertly lensed by Ari Aster’s frequent collaborator Pawel Porgorzelski.

Fresh is an exciting and unexpected mix of disparate elements that manage to make a satisfying whole. Cave’s vision never wanders as her (side)eye is always firmly fixed on her feminist statement. It is unusual to affirm that a film about the consumption of women and the terrors and tribulations of the contemporary dating scene is delicious, yet somehow Kahn and  Cave have made something so fresh and clever that you can’t help but eat it up.