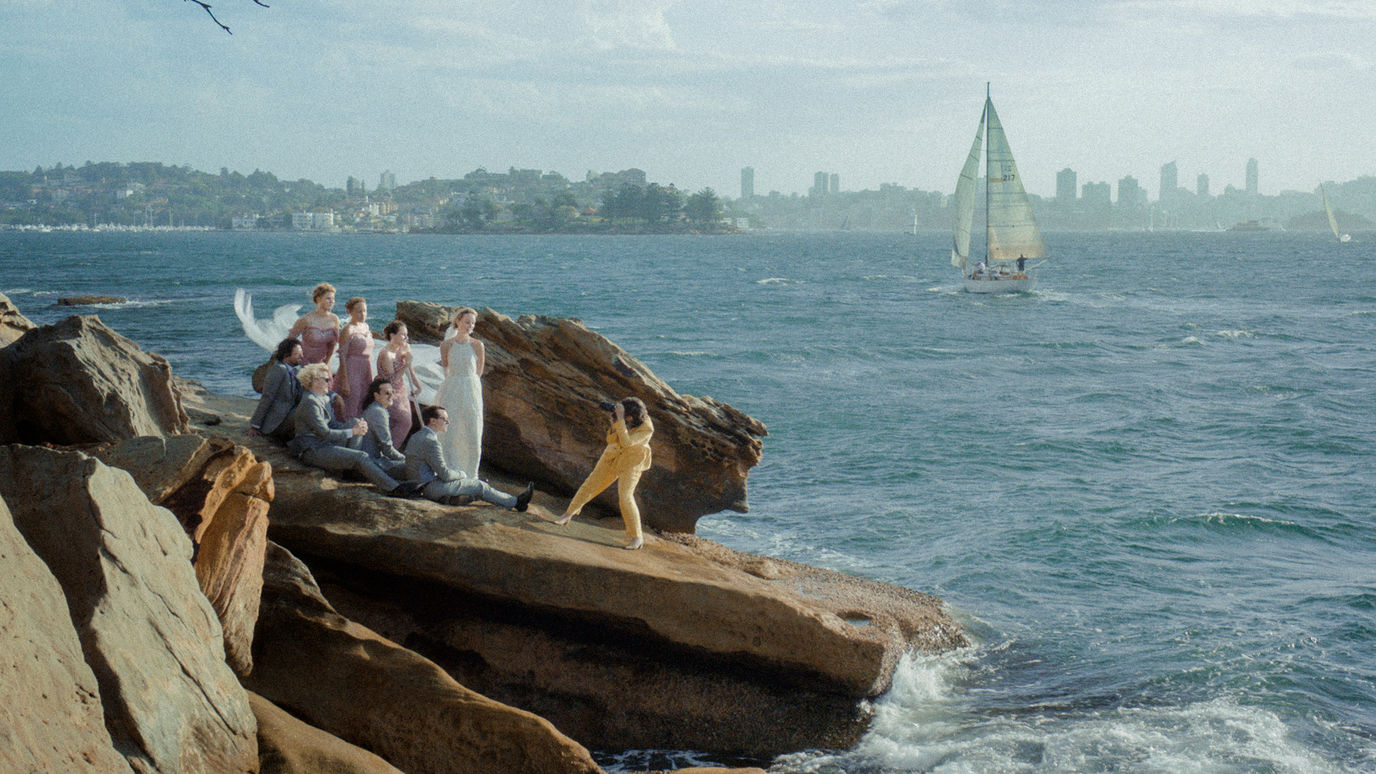 Before the colonisation of Australia had occurred, Europeans developed their own lexicon for what they believed existed on the other side of the earth, which they colloquially referred to as the antipodes. James Vaughan picks up on the notion, established in folklore centuries ago, that everything is topsy-turvy ‘down under’ in his debut feature length film Friends and Strangers. The film finds Ray (Ferg Wilson), an earnest soft boy who drifts around Sydney, mostly meaninglessly, searching for work as a videographer with the help of his friend Miles (Dave Gannon). One of the few tensions in the film emerges when Ray and his friend Alice (Emma Diaz) team up together in order to travel to Brisbane to return her brother’s car. A misinterpreted move causes Ray to fall out with her, something discovered implicitly through dialogue later on in the film. James Vaughan’s film is a nuanced attack on middle class virtues in Australia and reveals the hostility young creatives find themselves up against in an Australia which isn’t receptive to those who choose uncommon career paths.

The film’s credit sequence opens with scanned illustrations of the early settlement of Sydney and a slow yet regal pan pipe hums over the top (as if to suggest this isn’t quite like Peter Weir’s Picnic at Hanging Rock). The scene establishes a detached relationship between the audience and Australia’s colonial past because the film isn’t an explicit depiction or portrayal of colonisation. The images continue to haunt the characters as Ray feels alien within both the urban and rural environment, never appearing at ease. If Peter Weir evoked the turn of the century in a romantic gaze using hazy sun flare techniques, garnering similar festival acclaim to Friends and Strangers, Vaughan appears to be turning this on its head. He shoots his film in stark bright light, often using slow-paced and still shots of the city to compose entire scenes.

This pacing and direction verges on slow-cinema and if the subject matter depicted were more sensual and romantic it would be easy to attach the film to a director like Tsai-ming Liang. Vaughan’s film chooses to be refrained and minimal in direction and technique creating even more detachment for the viewer. Through the characters that Ray meets, Friends and Strangers inadvertently references Australia’s cultural history, emphasising that the past was once a better place. In a camp site Ray meets a father who laments how Sydney once was culturally relevant and bursting with creativity. He also meets the loud and obnoxious David, whose daughter is getting married and needs Ray’s help as a videographer. David is proud of his hung artwork which sits perfectly on his walls, which he boasts are very hollow, as if to suggest the very foundations of the house are temperamental.

Friends and Strangers is laced with irony in a way that its all-white cast and representation of upper-middle class Australians is supposed to be funny and self-consciously reflexive. Vaughan does a good job of maintaining a quirky aesthetic and portraying Sydney in a picturesque way. Ray’s unease at being a creative in Australia is an interesting character study and hopefully there are more films to emerge from the mind of James Vaughan.