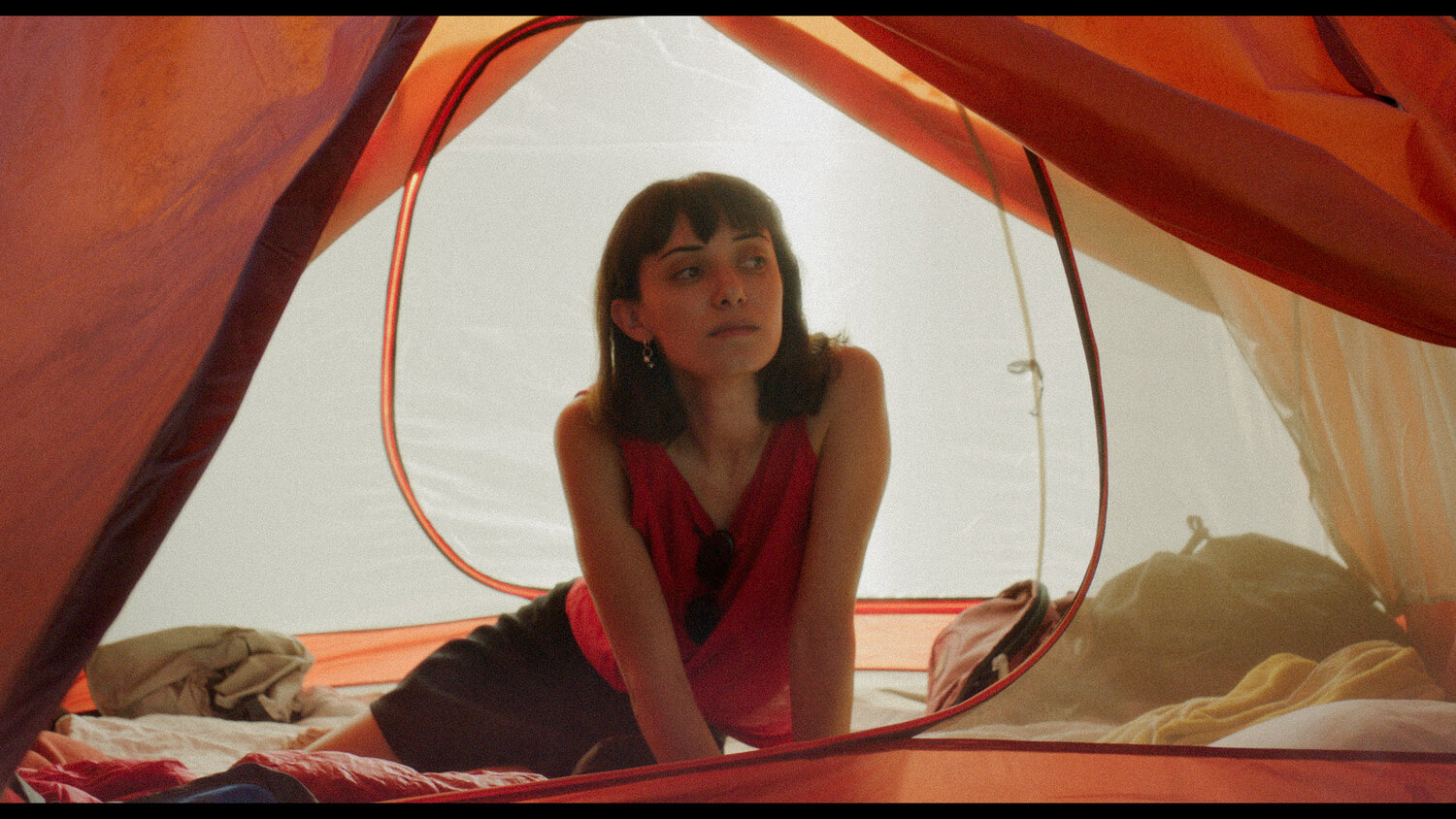 Drift and stillness. That’s what deﬁnes the experience of watching Australian James Vaughan’s debut feature, which he writes, directs and edits. The film meanders through various vignettes in a languid way reﬂective of its millennial (nominal) protagonists Ray (Fergus Wilson) and Alice (Emma Diaz). “‘What’s the plan?’ ‘I dunno, let’s just do whatever’” they say to each other, and on the surface it seems like a maxim Vaughn has applied across his whole ﬁlm. Like the generation it depicts, for some it’ll be too slow, too self-obsessed, too solipsistic. But for others it will be sincere, deliberate, and have aspirations and layers belied by its appearance.

A ﬁlm that takes its time, unfolding like the lazy Sydney summer it’s set in, Friends and Strangers plays like a series of ﬂeeting, disconnected encounters happening to and around Ray. He’s trying to navigate places and spaces he’s ill-equipped to. Trying to ﬁnd his way as he’s consistently asked by the older generation what he’s going to amount to, where it’s all leading. Bringing an Australian casualness not often seen in cinema, we switch by coincidence and happenstance from Alice and Ray’s camping trip of convenience and failed romantic encounter, to a misﬁring journey with Ray and his friend Miles (David Gannon). Then to an increasingly strange, surreal, absurdist meeting between Ray and a wealthy Sydney family for a proposed video shoot, before wrapping up with a circle back to the missed connection between Alice and Ray. It’s distracted storytelling, picking up and dropping threads, tonal and genre transitions as it feels.

The lack of dynamism in Dimitri Zaunders’ photography mirrors the listlessness of the main characters (if they can even be called that), of their dialogue and the narrative direction. His is a stills sensibility, one where he gives the locations time to breathe. One where action comes into the frame, where, like the characters, life happens around the edges. Idyllic beach and country scenes shot in the style of European masters are contrasted with beautiful and brutalist urban landscapes in a ﬁlm where places are as important as people. The connection between the two is highlighted by the opening titles which play over canvases of Sydney’s colonisation, which asks and feeds through to the ﬁlm’s question of story and reality, privilege, and past and future.

Friends and Strangers’s biggest ﬂaw though is which of its varied cast of characters it chooses to hold on to. Ray is really a nothing character, his growth through the ﬁlm non-existent, and interactions and events bouncing oﬀ him with little eﬀect. Maybe that’s the point, that nothing knocks him out of his directionless wandering, like how Australia is a country blindly stumbling into a nothing future. To me he represents an inability to connect on an emotional level, an inability to communicate, which is at odds with the idealised, fabled Australian. But really Vaughan misses a trick by not hanging his ﬁlm on Diaz. She’s the much more natural performer, holds the screen much tighter. Alice feels complex, like she  has  depths  that  Ray  couldn’t  even  fathom. Two  scenes – on  the  beach  and  in  a  caravan –  that she shares with Lauren (Poppy Jones) carry more interest and suggest more layers than most of the other set pieces combined.

Friends and Strangers’s pace, freewheeling naturalistic style and narrative direction – or lack thereof – will deﬁnitely be a matter of personal taste. Most likely an acquired taste for fans of ‘Mumblecore’ or European cinema like Joanna Hogg. For others it will be a ﬁlm without much of a destination that still loses its way. A ﬁlm that looks to examine millennial ennui but maybe becomes a case in point.