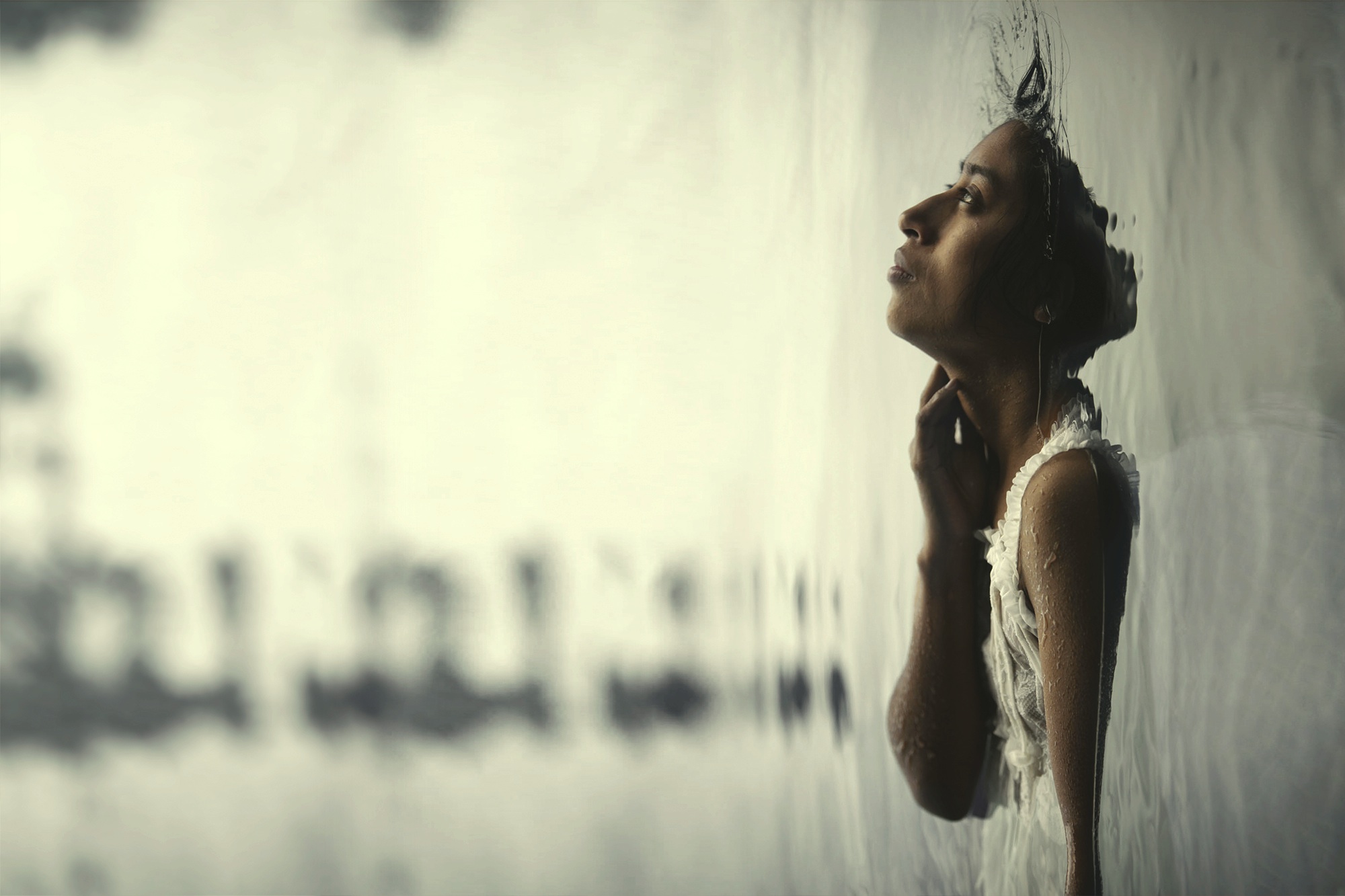 Jayro Bustamante’s new slow burn horror film La Llorona is less interested in what most would call traditional horror and more concerned with a political spectre that hangs over the country of Guatemala with its vicious civil war which lasted over twenty years. During that period thousands of civilians, usually the native Mayan people, were either slaughtered or ‘disappeared’ in a war waged ostensibly to remove Communist agitators so that the right-wing government could freely have access to land and resources that traditionally belonged to the Indigenous peoples of the region.

The myth of La Llorona or the Weeping Woman usually involves the story of a woman who through trickery, jealousy or madness, drowned her own children and then herself. She is cursed to wander the earth in search of her children and when she comes upon children that are not her own, she drowns them because they have deceived her and prolonged her agonising search. Like the Irish Banshee, she is known for her plaintive cry which warns of her presence. When she weeps for her children others should beware for lives will be forsaken if she finds children unattended.

By repurposing the La Llorona myth of Latin America, Bustamante is expressing the horror that grips many of those who still seek their missing children and relatives and for whom the atrocities of war will never be healed. The film is primarily concerned with the evil that exists within systematic racism, classism and socio-political aspect of evil and uses the supernatural as a metaphor to investigate such subjects within a genre framework.

The film begins in the palatial home of retired General Don Enrique Monteverede (Julio Diaz) who lives with his patrician wife Carmen (Margarita Kenéfic) as well as his daughter Natalia (Sabrina De La Hoz) and granddaughter Sara (Ayla-Elea Hurtado). One night he is awoken by the uncanny sound of a woman sobbing. Immediately he takes a gun and winds through the house trying to find the source of the cry. As he passes rooms taps seem to mysteriously turn on and water flows. In the shadow he mistakes his wife for the intruder and shoots at her. Despite the unsettling event he shows little to no remorse for his action, and it is up to the women of the house to take on the responsibility of the trauma. One of those women is his housekeeper (and later suggested daughter) Valeriana (María Telón) who later informs the family that the Mayan servants of the home no longer feel safe and seek to leave. At this point Dona Carmen shows her hand as she berates the servants for being ungrateful. Hasn’t she fed them? Has she not provided a home for them? Instead of the contract being between employer and employee Dona Carmen’s behaviour shows she believes herself to have more intrinsic worth than the “leftist natives” that she believes she has graciously allowed into her home as servants.

In a courtroom a Maya Ixil woman narrates the war crimes of Don Enrique at a tribunal which include rape, murder, brutal beatings and interrogations of her people including many of those being under the age of twelve. The camera pans out from her veiled face as she numbers the atrocities committed against her people during the early 1980s when the General was in charge of the Guatemalan forces in her region. The steady narrative pace and camera work highlights the deeply horrific nature of her story. In effect this is one of the most unsettling moments of the film. When the General is declared guilty the courtroom erupts with impassioned cheers which are to be short lived as via a technicality the conviction is annulled.

The General and his family return to their home under heavy guard via a hospital visit as he is in the early stages of emphysema brought on by heavy smoking. The family arrives to a home surrounded by protestors crying for justice for those they lost during the massacres. Bustamente sets up a locked house scenario as the family cannot leave their home which is essentially now a compound for fear of their own safety. Although the protests are mostly peaceful, they are relentless and continue day and night with calls for the General to face up to his role in genocide. As he looks over the crowd he meets the unerring gaze of a young Maya Ixil woman called Alma (María Mercedes Coroy) who has come to fill the position of maid in the house since the previous servants have left.

Alma, whose name means spirit in Spanish, is an uncanny manifestation. Her traditional clothing and long hair give her a sense of timelessness – she appears untouched by the modernity that surrounds her. Although not outwardly malevolent she causes a sense of unease in the house with all but the young Sara who is immediately taken with her. Her quiet presence pervades the house and the General’s dreams are no longer the only ones that are disturbed. Dona Carmen begins to dream she is a native woman being tracked down by the army with her two terrified children in tow.

Cinematographer Nicolás Wong suffuses the house with tones of blue and frames the spaces within the set in a suffocating manner. The elements of horror cinematography create a subtle and then increasing unease within the walls of the home. Slowly it becomes the realm of Alma and the spirits of those she carries with her as the past reaches out to claim retribution upon the General for his grievous actions.

Although the film employs the supernatural it is at its heart a political metaphor. The unease that it generates is given a sense of righteousness, for why shouldn’t the General and those who aided him suffer for what they have done? In effect it is a revenge film and one that moves by building unsettling layers within the central certainty that the evil in the house has been there long before Alma’s cry was first heard.

La Llorona is a subtle and persuasive masterpiece – a clever piece of horror that asks the audience to witness real life atrocities and recoil from them far more than they recoil from the supernatural. Horror is a genre that is ripe for social commentary from the warnings that are given in films about not disturbing sacred sites, to films like Romero’s Living Dead trilogy that are just as much about consumer culture and collective discord as they are about a hoard of relentless flesh-eating zombies. As Jordan Peele has shown with both his features Get Out and Us, marking the horror film with real world issues is a way to bring the political into the genre realm by asking the audience to really question what is the most horrific aspect of the film they are viewing. Jayro Bustamante does not leave the question hanging – there is nothing in the ghost realm that can live up to the terror of genocide.