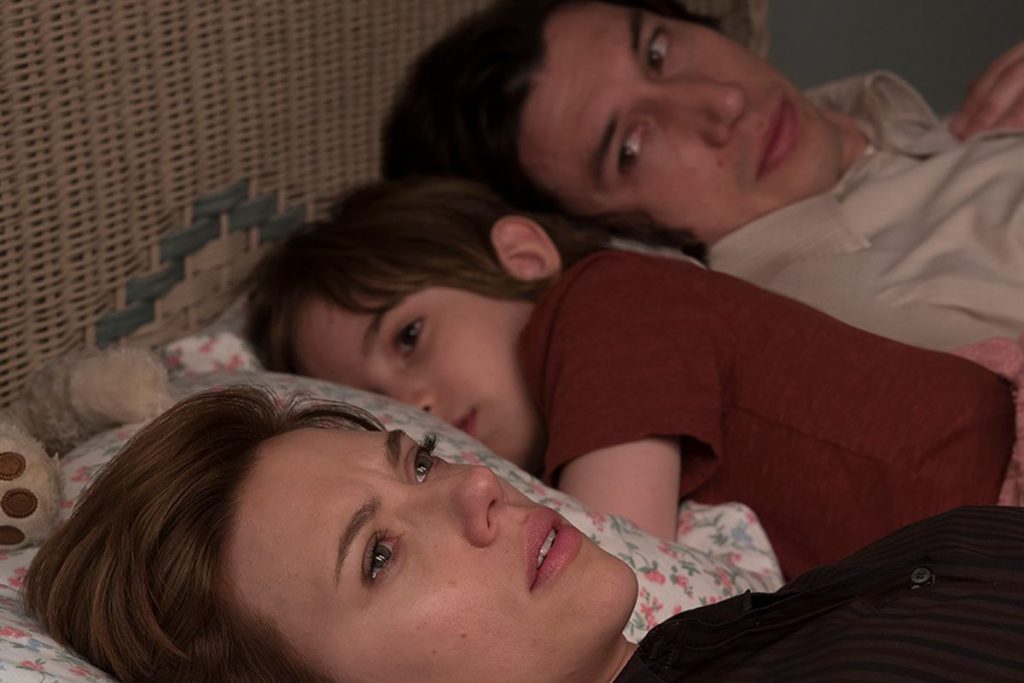 Written and directed by Noah Baumbach, Marriage Story stars Adam Driver and Scarlett Johansson as Charlie and Nicole, respectively, a couple going through a coast-to-coast divorce that involves their 8-year-old son, career aspirations, financial stress, and in the process tells a story of who they were together as much as they are apart now.

I’ve had some difficulties with Noah Baumbach’s films in the past. Though I haven’t seen a majority of his work, what I have seen in While We’re Young and The Meyerowitz Stories never grabbed me. He seemed to be too focused on the eccentricities of people and random conversations about nothing in particular, then having random subplots for characters that either come in too late or struggle to have meaning when it’s all over. Marriage Story has a few of these problems, but wins because of the masterful performances and a strong core story built out of pain and love.

Baumbach was a child of divorce, documented to widespread acclaim in 2003’s The Squid and the Whale, and has been divorced himself from actress Jennifer Jason Leigh. This kind of truth about a writer-director knowing what divorce is from multiple angles does inform his story, which gets into the gross and unfortunate details of what this kind of costs, both financially and morally, how it disturbs multiple lives, how your location in the United States determines what kind of divorce it’s going to be, and what all of this ends up saying about the two people when they go through multiple emotional states.

This is a detailed and realistic depiction of this kind of thing that more people are experiencing nowadays, but what can hold one back from fully accepting the reality is its metatextuality of the two leads being a director married to an actress. While both say they’re struggling financially, it can feel like lip service without getting into more of the reality of trying to find a decent apartment in L.A. or trying to find good work in the entertainment industry out of the blue. I might be nit picking, but I could only buy the reality of this divorce up to the point when it starts being a bit too inside-Hollywood and trying to adapt Baumbach’s life on film.

What sends Marriage Story soaring is Driver and Johansson’s performances, as well as a few good supporting turns from Laura Dern, Ray Liotta, Julie Hagerty, and Alan Alda. While the story wants to be a two-hander of two sides of a divorce and how they approach it as individuals holding onto their own meanings of life, it’s Driver’s Charlie who gets the most focus from Baumbach. While I wanted more from Johansson’s character, I cannot deny that Adam Driver gives of one the absolute best performances of the year. At first he seems like the stoic figure that he usually appears as in other films, but the walls begin to break down, and every time he starts to cry, it is truly crushing. He needs a Best Actor nomination now and I will hear no objections.

Scarlett Johansson, as I said, gets less to do than Driver and slowly becomes less of the focus as things develop, still has some truly amazing scenes to deliver a thoroughly riveting performance as a wife, mother, and actress who is realising she has no say in where her life is going. Maybe she’s always known this but never wanted to say it, but Nicole is never painted as a villain in this situation, merely one of the two sides of this situation with her own problems and flaws and desires to be a good parent and still hold love in her heart for someone she can’t be with anymore. No doubt her single-shot monologue will be the clip used when her name is read out in the nominations come Oscar time, because it is the kind of scene actors dream about, and one that Johansson makes feel so effortlessly natural and pure.

One single point of praise I can give is for one scene that is the emotional climax of the film, it’s most terrifying moment, it’s lowest period, and a total showcase of two brilliant actors going toe-to-toe like the greats of before. After vicious lawyers have attempted to rip each other apart, Charlie and Nicole meet one-on-one to try and rationally resolve things and be civil about all of this. What follows is nothing civil. A normal conversation starts to escalate, profanities are spoken and then yelled, things get broken, hearts too, and the camera starts to get closer and closer, locking us in helplessly into this horrible fight that ends with raw, soul-crushing emotion and leaves you feeling exhausted, shattered, and in complete awe of these two actors giving everything they have on the screen. It’s one of the best scenes of the year.

Marriage Story is not just scene after scene of depressing anecdotes on the dissolve of a marriage, the post-separation realisation of toxicity, and the unending stress of divorce, it also aspires to be funny like the classic screwball comedies that have unfortunately fell by the wayside in cinema beyond Baumbach’s work and some of the Coen Brothers movies. There are some truly hilarious scenes involving the absolute confusion around serving divorce papers or horrible awkwardness around mediators sent to observe Charlie’s role as a father, and these work well. But there are a few moments where it feels like Baumbach is trying to make something funny, but it isn’t a natural conversation and feels stuck in that “mumblecore” style of quirky for the sake of quirky.

I did like Marriage Story for its ambitions about tackling divorce from a realistic and sensitive angle, giving enough voice to both characters and treating them like flawed humans trying to be civil about a tumultuous time. Charlie and Nicole are introduced with lists about what the other person likes about them, and while a few of those things don’t come back, we are then treated to masterful performances from Adam Driver and Scarlett Johansson that inject life, heart, soul, blood, sweat, and tears into this story. Every scene they have could be used as the awards nomination clip, Baumbach is thankfully focused more on a central idea, and as well as some breathtaking editing by Jennifer Lame and a gorgeous, lived-in visual quality thanks to cinematographer Robbie Ryan shooting on 16mm, Marriage Story is a well-crafted and solid exploration of tough ideas and the humanity behind it all. 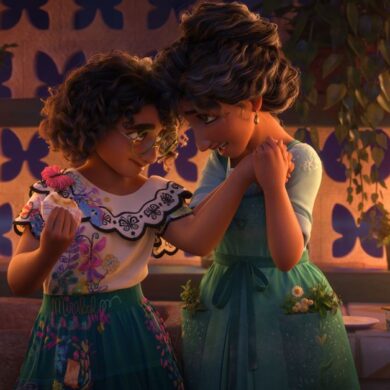