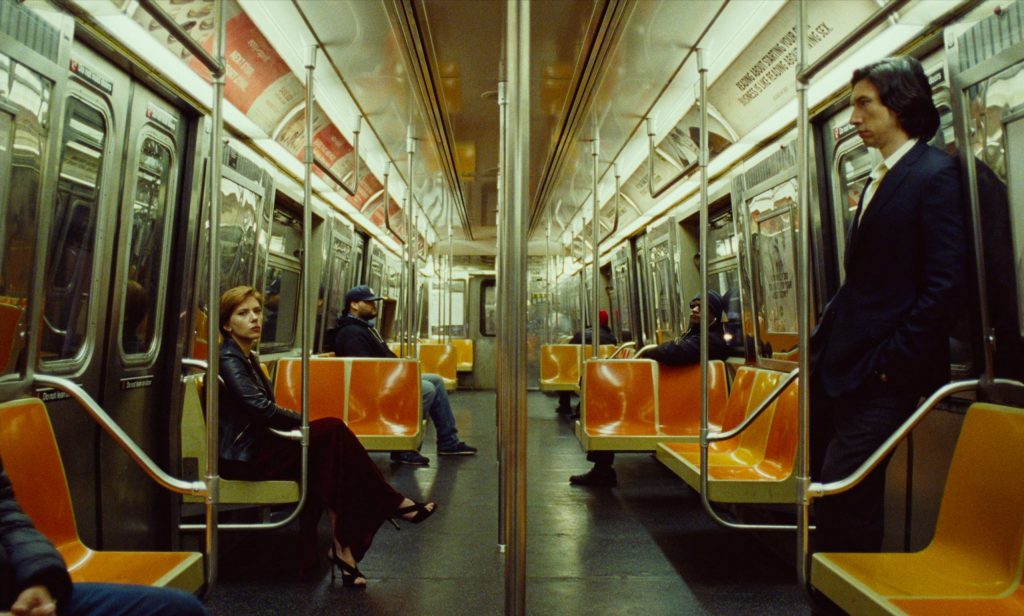 Marriage Story Review – An Enriching Observation of Unity and Heartbreak.

In 2019, audiences have seen a notable push from streamer Netflix, in acquiring outstanding, award-worthy talent for its slate of original movies, whether it be David Michôd’s gritty Shakespearean drama The King (2019), Martin Scorsese’s revisionist gangster epic The Irishman (2019) or even to some extent, Eddie Murphy’s outstanding return to form in Dolemite Is My Name (2019).

Following the sheer presence of Alfonso Cuarón’s Roma (2018) at this year’s Academy Awards, it’s abundantly clear that Netflix has made ample effort to push for high calibre talent, in the aim of being awarded that Best Picture Oscar, a win that would undoubtedly shake an industry which has looked down upon streaming, for many years now.

And yet, despite all the above-mentioned talent, Netflix’s biggest award-season push will likely be with Noah Baumbach’s essential divorce drama, Marriage Story. A Kramer vs. Kramer (1979) story for the modern age, particularly in a time where more and more people are delaying marriage till later in life, or rejecting marriage all together.

Marriage Story follows Charlie (Adam Driver) and Nicole Barber (Scarlett Johansson) over the process of their separation and divorce.

Charlie is a New York based, avant-garde stage director, prospering a potential Broadway opening for his new play.

Nicole is a Los Angeles born actress, haunted by the shadow of her fading star. Nicole’s career resurges with her casting in a high-profile television series based in Hollywood.

The film opens with the fractured couple recounting their shared love and compassion over the years, from being work partners to parents. Here, Baumbach presents the fairy tale relationship, a sequence recalling graceful, happier moments aided by a whimsical soundtrack from Randy Newman.

The calming fantasy eventually fades into the reality of separation, losing the sense of whimsy for the gruelling, raw journey to come.

Marriage Story is an enriching observation of unity and heartbreak.

A personal catharsis from writer-director Noah Baumbach, the film has been imbued from the experience of his divorce to actress Jennifer Jason Leigh.

Baumbach never pulls any punches in revealing the ugly side of divorce, showcasing the pent-up anger and breakdowns built up by financial and emotional strain.

Additionally, Charlie and Nicole are burdened by their location, fighting for custody over whether their son Henry, should stay with Nicole on the West coast or Charlie on the East coast.


What keeps Marriage Story engaging is its honesty and powerful performances. Baumbach approaches the film with a dignified pace, allowing events to unravel naturally. Scenes leading to tension and outbursts feel like moments earned and reflective of the divorce process.

Moments where Charlie and Nicole become friendly or act responsibly with one another feel like monumental shifts in potentially keeping the marriage alive, before reality sets in once again.

There’s a genuine connection created with the characters as they progress over time with their separation and divorce. Moments of respite, exertion and hope feel like they’re being experienced first-hand.

The performances of Adam Driver and Scarlett Johansson as Charlie and Nicole respectively, are nothing short of incredible. Baumbach commands much of the film in mid-shots and close-ups, allowing these actors the opportunity to flourish in emotionally demanding scenes, that at times don’t cut for a number of minutes.

The range of emotional talent involved is staggering, with scenes requiring Driver or Johansson to exhibit numerous emotions within a single shot, all with unwavering commitment and sense of natural ease.

Whether it be Nicole recounting to lawyer Nora Fanshaw (Laura Dern) over how she met Charlie, or Charlie being presented with his child custody options, there are numerous scenes in Marriage Story that showcase the unbelievable talent that Johansson and Driver hold, that often get undermined and overshadowed in the big-budget tentpoles that both actors are attached to.

Driver in particular showcases a satisfying level of emotional depth that the actor has yet to sincerely attempt on screen. While the actor gained a lot of attention this year for his sophisticated performance in Scott Z. Burns’ riveting political drama The Report (2019), it’s his role here in Marriage Story, that I believe will gain the most attention come awards season.

I’d be remiss not to mention Laura Dern’s turn as lawyer Nora, which feels like a role custom made for Dern.

Baumbach has a lot of fun showcasing the duality of lawyers in these proceedings, watching a pleasant and casual interaction between lawyers divulge into utter vitriol in the courtroom.

It’s Not Just Me Review

Laura Dern plays this notion up wonderfully in a number of Marriage Story’s more comedic scenes.

Marriage Story is a film that challenges the perceived prominence of marriage in the modern age. While it doesn’t disregard the idea of marriage entirely, it does question whether the notion of committing to a legally binding symbol of love… is even worth it, particularly with how that same love can be reciprocated in different forms of recognition and appreciation.

I imagine anyone who’s been through divorce or felt the effects of divorce, may find Marriage Story to be a deeply cathartic experience. However, I can also imagine anyone currently engaged or yet to be married, potentially finding the film to be something of a cautionary tale against getting married at all.

Marriage Story offers the opportunity to be reflective with your significant other, so if you decide to watch the film with them, be prepared for any and all discussions that follow.

Noah Baumbach has delivered a deeply enriching film, that benefits from its unmatched authenticity and unbelievable performances, while showcasing Netflix’s dedication to high-calibre filmmaking. Marriage Story is a film that offers introspection and discussion on a deeply personal level, and for that, it is absolutely a must-see film.

Marriage Story is currently playing in select theatres, and will arrive on Netflix 6th December 2019.