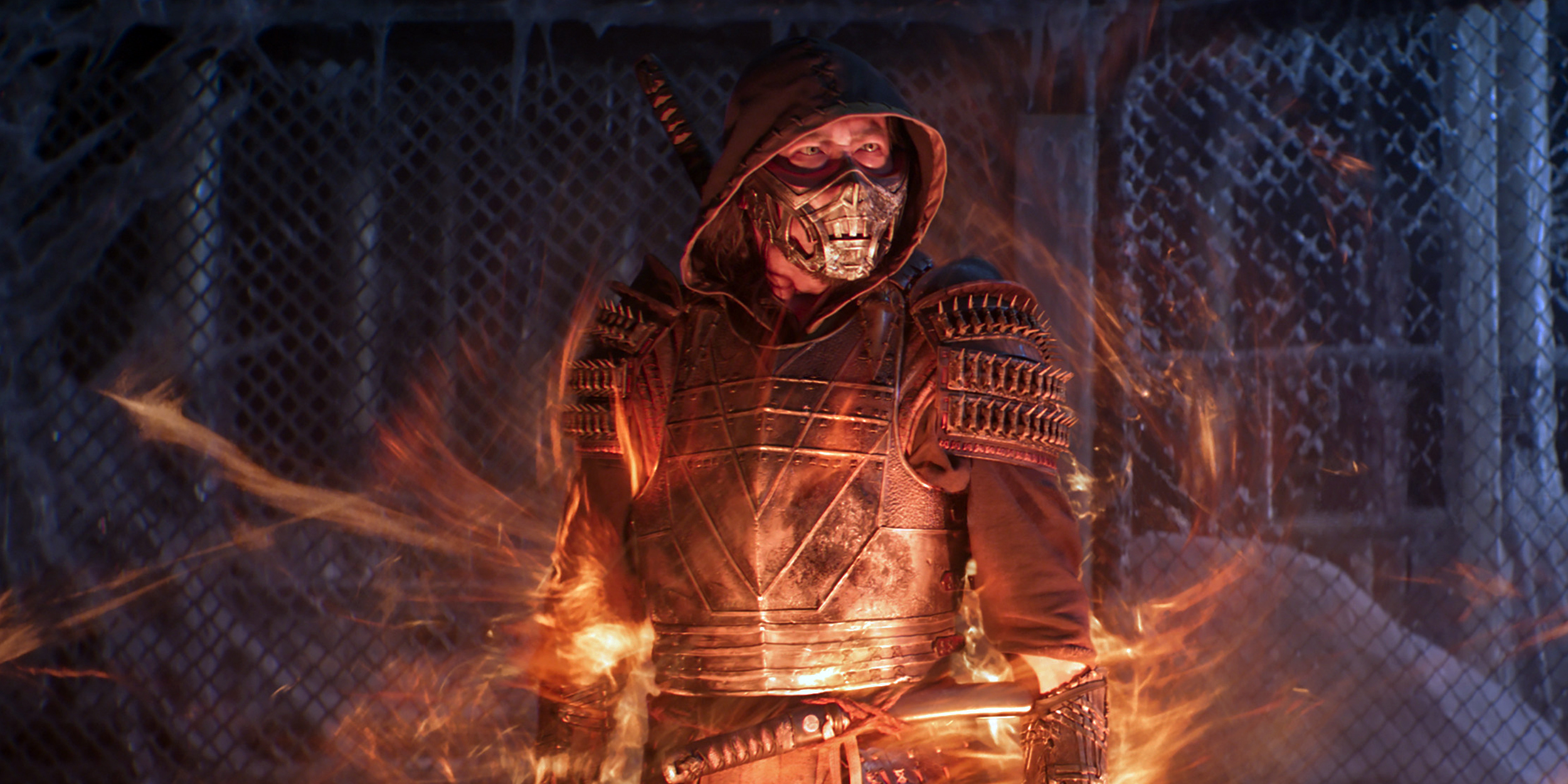 
It is entirely possible to attend a screening that is preceded by a Q&A with the film’s director and one of the stars and have that initial experience, and the fact that the director of the film is sitting in the audience, affect your opinion of the movie. It happens. You certainly don’t want to boo loudly and be obnoxious (don’t be like that in any viewing of any film), but you realise in a rare instance that a person is behind this movie and they are there, judging audience reactions and wanting their creative endeavour to be enjoyed by a packed screening of fans.

I could have come away from Mortal Kombat with no strong opinion out of blind respect for director Simon McQuoid and star Josh Lawson. Movie was fine. Whatever. Don’t need to think about it again.

But a critic cannot be like that. It’s nice and all to have had a director and star actually do a Q&A before the movie, but that doesn’t make all criticisms invalid. Most of my actual problems with Mortal Kombat are not on either of them as filmmakers. It’s more than that.

Mortal Kombat stars Lewis Tan as Cole, a young fighter who gets sucked into the world of Mortal Kombat, instructed that he is one of a half-dozen “champions” chosen as our dimension’s protectors against warriors from the evil dimension Outworld. The two sides have fought each other in 9 previous battles and Outworld have won each conflict. If they win a tenth, then Elder God rules state that Outworld can invade Earthrealm.

Beyond Cole’s name and who he is, all that information is relegated to on-screen text that happens without visuals or even narration. You have to get on board quickly to what Mortal Kombat is going with or be utterly left behind. This information dump happens after an opening fight sequence involving child murder, mutilation, and damnation to hell followed by a sudden appearance of the god of thunder (Raiden, not Thor).

That opening fight was interesting, setting up a dual conflict between Bi-Han/Sub-Zero (Joe Taslim) and Hanzo Hasashi/Scorpion (Hiroyuki Sanada) that you would think would be the main emotional backbone of the story. And then the dump happens and I was taken aback. That’s how they want to get people on board with this story and this universe?

Not much else afterwards dissuaded me from the thought that Mortal Kombat is trying to tell a story in this universe for both fans and newcomers alike, but is favouring one far more than the other. Fans of the franchise are here to see fights and have the game characters say their catchphrases from the games and that’s about it. Newcomers might have a passing knowledge of characters like Liu Kang, Sub-Zero and Scorpion through cultural osmosis, but are requiring a little bit more than the bare minimum. If you actually want to care about anything on screen, you have to feel like you know this world well enough. The film doesn’t take that effort. I don’t want a spoon-feeding or a hand-holding but perhaps a little more than a paragraph of text silently on screen. Can we actually see some of this legendary past conflict? No? Why not?

This is my first problem and the movie has barely started. The rest is a pretty standard hero’s journey: unlikely hero is given a call to adventure, joins with a heroine who knows more of the world than him (Sonja Blade, played by Jessica McNamee) and an unpredictable rogue (Kano, played by Josh Lawson), is taught the importance of the magical mystical Power by a Supernatural Aid, goes through challenges and temptations, refuses the call, has a revelation, transforms, calls upon the Power and knowledge of his lineage to defeat the Great Evil, then returns renewed and all-powerful. You have seen this before and it is tiresome.

What’s worse is that the protagonist Cole is not a character in any of the games. He was created specifically for this movie so the audience can have a main character with no knowledge of anything, and every supporting character can then explain the plot and machinations to him and therefore us. It is an old, tired, and lazy cliché that constitutes the bare minimum of storytelling. What is worse is that Cole, despite Lewis Tan’s best attempts, is a void of charisma, intrigue, energy, and excitement. He’s an expressionless lump of clay that isn’t moulded into anything great or meaningful. He leaves no impression on the audience and the family that motivates him is a horrendous drag on the plot and pacing.

Cole’s existence is most egregious because his story of discovering the secret world of Mortal Kombat and Lord Raiden’s (Tadanobu Asano) resistance against the forces of Outworld should have been given to Sonja Blade. Her character already knows about the secret history of Mortal Kombat but has never seen it. She’s forced to team up with Kano and Cole to discover the truth about everything, but is not a chosen champion unlike her counterparts. Once the heroes meet Raiden and his best warriors Liu Kang (Ludi Lin) and Kung Lao (Max Huang), Sonja just mopes around not contributing anything until the final battle where she defeats Kano and becomes a champion, using her new powers to fight off evil. THAT should have been the main story.

A woman affected by secret history and dedicated to the cause, rejected by greater forces but through strength of will and character proves herself worthy and defeats evil. Plus, she’s already a Mortal Kombat legacy character, not a made-up guy with a boring family. Jessica McNamee proves herself more than worthy in fight sequences and her dedication to the material, but sidelining her character is wrong, weird, and makes her transformation into a champion feel out of place. Do one massive revelation for a main character or the other; doing both strains interest.

Josh Lawson as Kano is the standout part of the whole movie. All the other actors are committed enough to the material, most I assume knew exactly what all of this meant, but Kano is on another level. He’s a funny bloke, and that might be because this reviewer is Australian and saw the movie in a packed screening of Australians. He swears worse than a sailor and comes sailing in with an unholy mix of charm and acid. No one can stop him when he’s on a roll and is the single most energetic, interesting and charismatic part of the whole movie. Maybe because all the other characters are so dull and super-serious that Kano shines brightest and boldest. I enjoyed it and Josh Lawson’s performance all the same.

Mortal Kombat, much like Warner Bros’ other most-recent 2021 film Godzilla vs. Kong, is really about one thing: fights. Everyone who goes in watching this movie expects that, even though we should still be told a good story anyway just for the hell of it. Does Mortal Kombat deliver? In a way, yes. It has the blood and brutality that most fans crave, as well as actors committed to the physicality of each character and delivering in that way.

However, the direction still relies on tired tricks of fight sequences that I thought we were done with in this John Wick world. Tight camera angles to hide choreography, jumpy editing without visual consistency to give the illusion of impact, and clunky sound effects to make you think the hits were way harder. I thought filmmakers had learned an important lesson from Chad Stahelski and David Leitch; shooting fight sequences in wide shots on locked tripods and SteadiCams with actors actually doing their own stunts is the best way to entertain an audience. Mortal Kombat is a step-back, made worse because this cast is mostly stunt performers or actors with martial arts backgrounds

I enjoyed some of the fan-service moments like characters saying their catchphrases (Scorpion’s “get over here!” or others saying “fatality” and “flawless victory”) and yes, there is a plentiful amount of gore that’s to be expected with the R18+ rating, but I was left utterly frustrated by yet another bland video-game adaptation that is in the same boring camp as Warcraft and Tomb Raider for video game movies that I’ll never rewatch. The movie is also yet another hopeful franchise-starter that doesn’t tell a complete story and merely ends on a tease that the big battle you all want to see is coming later. Stay tuned.

If you start your story with the idea that the last battle between two realms will decide the ultimate fate for Earth, then actually give us that in your first movie. It doesn’t mean nothing else can happen, but don’t introduce a big potential conflict only to say it’s coming later. It’s like ending the original Star Wars before the heroes have even blown up the Death Star. The same thing has happened with Chaos Walking, Warcraft, The Mummy, The Golden Compass, Alita: Battle Angel, the Fantastic Beasts movies, The Amazing Spider-Man 2, The Dark Tower, The Darkest Minds, The Last Airbender, and most YA adaptations.

These movies are not telling stories that matter first, they are relying on audiences merely showing up so they can then pump out sequels and catch-up to the white whale that is the Marvel Cinematic Universe. Mortal Kombat is the same damn thing. It isn’t a complete story. It tries to harvest the fruits 10 seconds after planting the seeds and we’re not left with a worthy storytelling experience.

The reason movie universes are started is not just because of wealth of story material; it’s because people liked the first movie so much that a sequel is just a bonus. The people who made Spider-Man: Into the Spider-Verse didn’t make the movie specifically to make another one. That’s always a bonus, but they focused on the first story and hope that people like that.

It is such a lazy and boring way to go with a first movie in a franchise that could happen. Franchises should happen naturally with audience interest, not the other way around. Historically, the sequels to the hopeful franchise-starters are quite terrible and waste any audience interest that was generated from the first movie. Your franchise is over well-before it ever started. I didn’t hate Mortal Kombat. I enjoyed the conflict between Scorpion and Sub-Zero the most, but that wasn’t enough to save this movie. Incoherent editing, dull colour-timing, cheap costumes, cramped production designs, and uninteresting characters dominated the frame and left Mortal Kombat as yet another mediocre box-ticking video-game movie.

I think I’ll just go and rewatch Pokémon Detective Pikachu to be honest. 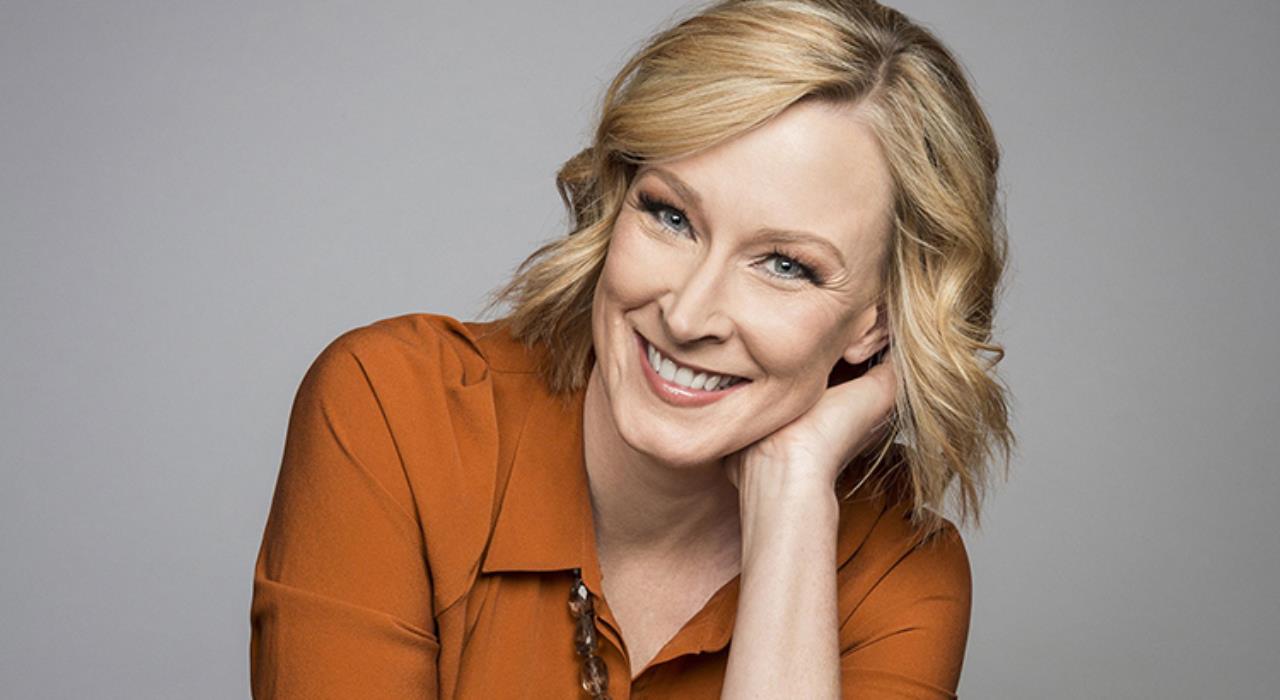