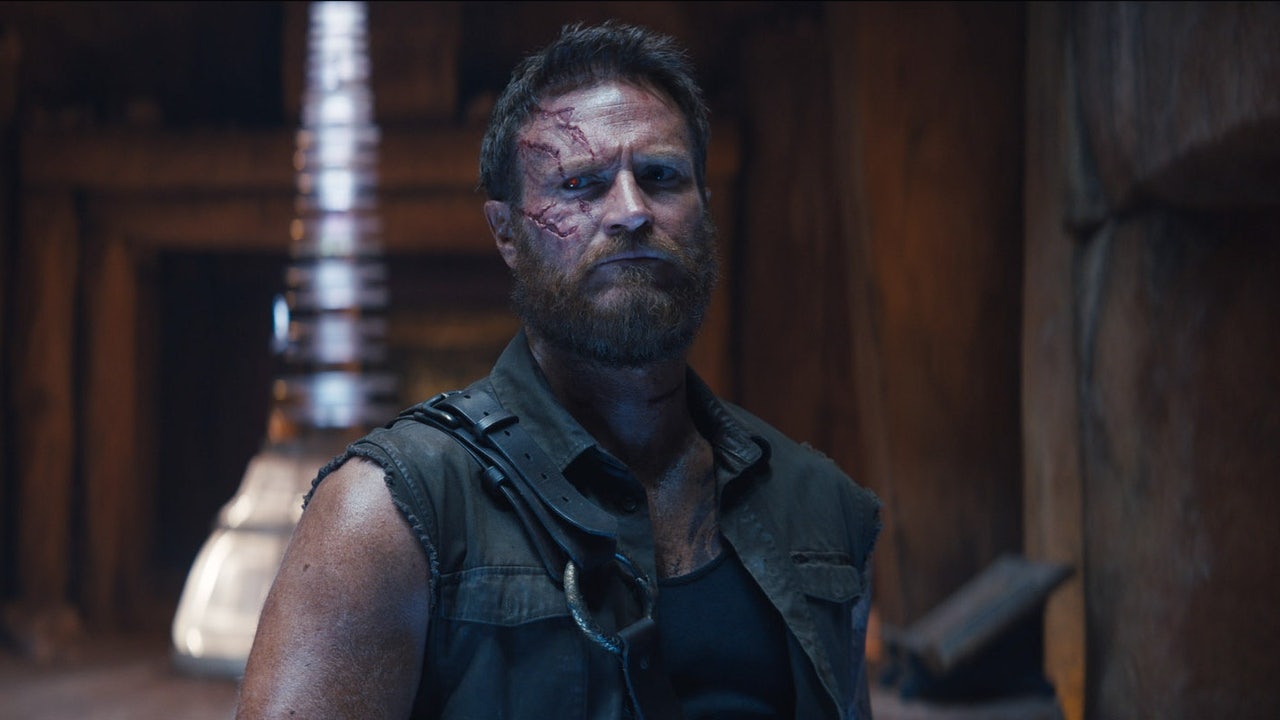 Mortal Kombat Review: Logic and Sleeved Shirts are Non-Existent, and For That We Are Thankful


In director Simon McQuoid’s adaptation of the ‘90s video-game series Mortal Kombat, logic and sleeved shirts are non-existent. And we, the audience, should be thankful for it.

Though beloved, previous efforts to translate the ‘90s fighter into something cinematic have been bad-bad in a good-bad way. (It is almost becoming of any video-game adaptation.) Deliberately, McQuoid dials into this frivolity which, despite being a bugbear on its predecessors, doesn’t overcomplicate what is lightheartedly camp and gloriously gruesome viewing.

By no means should a Mortal Kombat film be complex. The game itself is high-concept: dragon-crested fighters from various realms, each with their own unique abilities, fight to the death in an interdimensional martial arts tournament known as Mortal Kombat. (Just win ten consecutive tournaments against a realm and you just might bag yourself a realm!)

Needing one more win against the Earthrealm is the Outworld; a gloomy and destitute place loaded with super-powered monster-like inhabitants, each more demonic than the last. Their attempts to take out the Earthrealm competitors before Mortal Kombat, in violation of the rules dictated by space deities, are spearheaded by a nefarious soul-sucking god, Shang Tsung (Chin Han).

Understandably, voyeurism is why we are watching Mortal Kombat. Technology may have given humans medicine and robots (heck, one features in this film through the form of the muscle-bound Jax (Mehcad Brooks)) but deep down, we are all ticket buyers to the happenings at the Coliseum. The film delivers the brawls in spades, offering decapitations, viscera, and strangely enough, garden gnomes.

There is a rawness to the visual effects that, not only offers homage to the OG games, offers added grit to the violence. Fights are composed with frenzied energy to them. It is an effect that becomes compounded in intensity thanks to Benjamin Wallfisch’s heart-pounding score; the likes of which combine the 8-bit grace of ‘90s video-game music with the oscillating roar of something out of the mind of Skrillex. Though, like the game itself, and despite there being many characters with varying biff styles suited to their personalities, there is a repetitiveness in action sequences that fizzles towards the film’s tail-end. (And if you feel like one of the fight scenes is oddly familiar to one from the Kill Bill series, please do let me know.)

Characters face an unfortunate similarity to the film’s barren, desert surroundings (South Australia showing off its beauty – never feel guilty again for calling it Radelaide); both are in short supply of life. Like lambs to the slaughter, certain characters are there to meet bloody fates, with the inclusion of Cole Young’s (a very wooden Lewis Tan) family serving as an unnecessary form of stake creation. Fewer stern gazes and more bloodshed (kthx).

That said, the role of personality is absorbed by Josh Lawson’s Kano; an arrogant, short-fused and foul-mouthed vision of bush Australia. He delivers the gaffes admirably, landing all the ‘farks’ and ‘farken hells’ with the spirit of a Queenslander. It is incredibly unfortunate that he becomes reduced by a script insistent on making racist remarks that push his character beyond the point of endearing. It is salvaging that not even the tough-as-nails and affable Sonya Blade (an all-in Jessica McNamee) can save.

I’m reminded of Han Moleman’s iconic quote “we paid for blood” when I think of a film like Mortal Kombat. By design, Mortal Kombat isn’t a film driven by a deep plot or story. To complicate or make it overly serious would undo its captivating gruesomeness. To call it dumb would undercut its power. Film freaks are still awaiting the day a video-game adaptation knocks the air out of them, and while Mortal Kombat isn’t exactly committed to, nor interested in, conventional filmmaking standards of ‘quality, it does what it is set out to do: offer a bloody good time from start to finish (him).