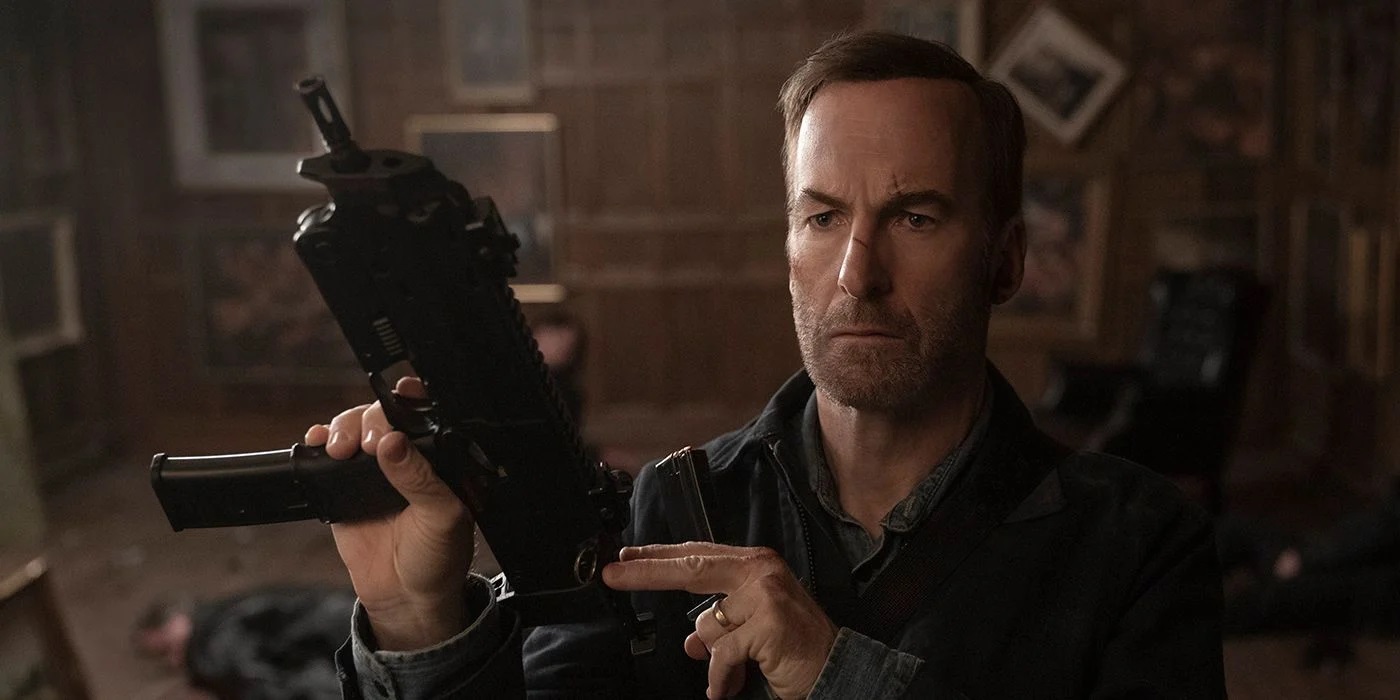 
Nobody stars Bob Odenkirk as Hutch: an unassuming everyman who lives an unsatisfying life mind-numbingly dedicated to the economic and familial grind. A prisoner of routine, Hutch’s days are about as bleak in colour as the sweat pant combo he wears. (Heck, the montage which frequently depicts his quotidian suffering goes as far to replicate the sound of a prison-cell slamming.) Family, coffee and an extreme exercise regimen offer little respite to Hutch’s case of the Mondays.

Breaking Hutch’s rut comes through an unlikely form: a home invasion. Hutch’s inactivity during the event, as though a failure of manhood, attracts the scorn and disappointment of those nearest-and-dearest to him, particularly from son, Blake (Gage Munroe), and wife, Becca (a criminally underutilised Connie Nielsen). Outwardly distraught, Hutch goes on a mission to retrieve what has been taken from him: a value measured in hubris and a ‘goddamn kitty-cat bracelet.’

Here, there, and everywhere, Hutch moves around the grim streets looking to restore his pride. His heated (and for the squeamish people in the room, excessively bloody) interactions with street-level thugs suggest there is more to Hutch than just the facade of being a ‘nobody.’ The tantalising details of which unravel coming from the deft mind of John Wick scribe, Derek Kolstad. Having tasted blood, so begins Hutch’s ascent from duking rapscallions to taking down big-time Russian drug-lords; the leader of which being the beguiling Yulian (Aleksei Serebryakov).

The path taken by Hutch is bloody and weary, but you better believe it is the therapy he needs. And in this action-comedy, laughs pack as hefty of a punch as the graphic violence.

Fisticuffs don’t so much as free Hutch from his funk as it does illuminate his soul. He is out for himself and looking to finish fights, not start them. (Just give him a reason; c’mon, any reason.) We learn more about Hutch through acts of violence than we do any dialogue; a treat effectively brought to life by both director Ilya Naishuller (Hardcore Henry) and an astute Odenkirk. Naishuller balances heaviness with a wicked sense of humour that punctuates throughout the film’s brisk ninety-minute runtime. The overall effect imbues a sense of levity to the film while demonstrating the extent of Hutch’s emotional crutch.

The above said, the film is not without its drawbacks. Flamboyant soundtrack choices, particularly bellowing big-band tunes, feel like shaky attempts to haphazardly create personality. As well, the odd decision to replace exhilarating hand-to-hand combat scenes with gun-fire and contraptions in the final act feels like an unwelcome kick in the teeth.

Elsewhere, the violence is particularly masculine-focused, and overall Connie Nielsen is given little to do. If there are future instalments, giving the peripheral women characters more to do, or at the very least, getting them involved in the action, would be a welcome addition.

Beyond the gruesomeness and engine revving, there is an earnest, albeit unconventional, story about self-actualisation and identity found within Nobody. It is a vision brought to life by an extremely likeable turn from now bonafide action-somebody Bob Odenkirk. May the reign of unexpected action-stars flourish (except maybe next time allowing some women in on the bloodshed).