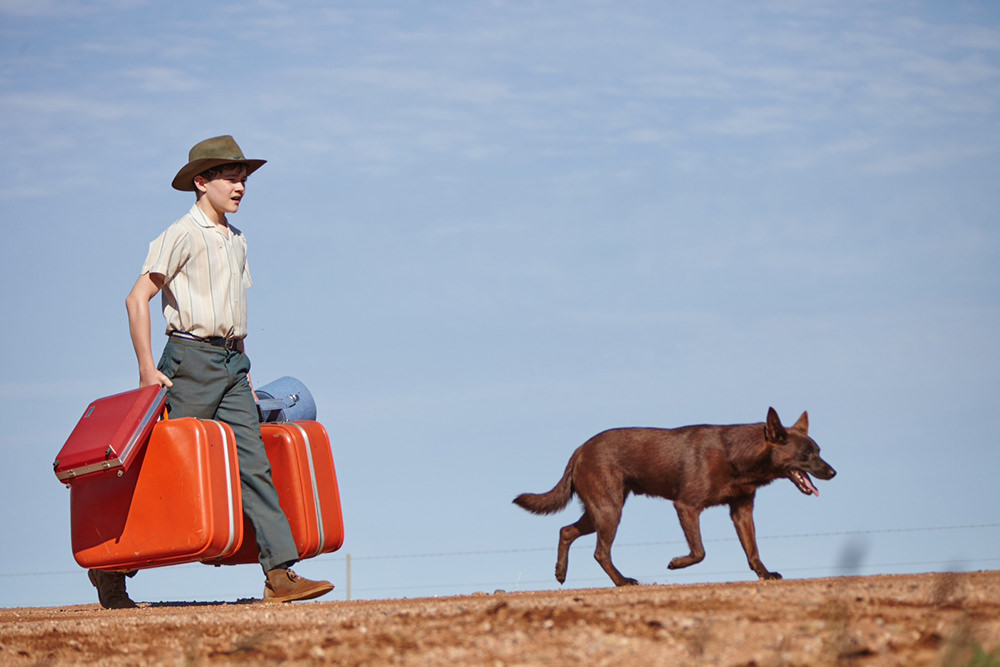 How do you make a sequel to a much loved film in which the titular star dies at the end? Even more, how do you make a sequel when the actor who portrayed the titular character has passed away as well? Well, trust director Kriv Stenders and author Louis de Bernieres (by way of screenwriter Daniel Taplitz) to find a way to continue the legacy of the mythical Red Cloud Kelpie from the Pilbara in one of the most joyous films of 2016, Red Dog: True Blue.

In a world full to the brim with superhero origin stories, it’s easy to feel exhausted at the notion that a beloved Australian story is getting the ‘origin’ treatment, however, it’s with great elation to report that this prequel works so well. There is a dearth of good sequels to Australian films, often they arrive ten years too late (The Wog Boy 2: Kings of Mykonos for example), and miss what made the original film ‘special’. In fact, Australian cinema doesn’t really seem to embark on doing sequels to successful films all too often, which further reinforces the cinematic oddity that is Red Dog: True Blue.

Levi Miller leads the film as Mick, a young boy having had to make the move from Sydney to the Pilbara to stay with his grandfather (Bryan Brown), on his homestead. It’s here he meets the ragtag team of cohorts that exist on the property, all ranging from a maniacal one eyed horse that was struck by lightning, to a guitar toting, song singing casanova, Stemple (Thomas Cocquerel); as well as the Aboriginal tribe whose land the homestead resides on, namely the young Taylor Pete (Calen Tassone), whom Mick befriends. After a typical north-west cyclone rages through the landscape and overturns everything in sight, Mick stumbles upon the last of the group that he will grow up with, Blue (new pup Phoenix taking over the reigns from the original films star, Coco) – a Red Cloud Kelpie, covered in blue paint and stranded at the top of a tree in a fridge.

As with the original film, the concept of a dog uniting everyone together is what drives the core narrative. In some ways, Red Dog: True Blue shares a similar concept that existed within Steven Spielberg’s War Horse; where a war is essayed through the eyes of the titular horse in that film, here the evolution of a country is seen through the eyes of a dog. The history of Western Australia, and the foundations of issues that still echo through today, are briefly touched upon. Lang Hancock (John Jarratt) is shown to be a land searching man, eternally seeking the financial boon that hides in the red dirt of the far north (iron ore). The Aboriginal tribe is extremely vocal about the fact that this land is theirs, and not that of Mick’s Grandpa. Impending land rights issues and the proliferation of mines are things that are just on the horizon – something that will come to play in the original film Red Dog.

A complicated romance between Stemple and Mick’s tutor Betty (Hanna Mangan Lawrence) doesn’t work as well as it should do. The moments of levity within these scenes are effective, and the ‘lesson’ that Mick learns is a notable one, however the outcome feels lacking. Maybe this is simply because of how well everything else is presented. Lawrence’s Betty is solid as one of the few females on the land, doing her best to keep busy in an ever changing world, she eternally dreams of moving to San Francisco and partaking in the ‘summer of love’.

Mick is a fairly stubborn kid, more enamored with his grandfather’s record collection than doing his schoolwork over the wireless. It’s clear though, that Mick is learning more about his country than most school kids would at his age – especially in the late sixties, early seventies. The value of understanding the history of the traditional owners of this country is enforced here in some wonderful ways, and no doubt viewers will gain more understanding of aboriginal culture than most mainstream media outlets would usually provide.

The Pilbara is a truly beautiful part of the world, and thanks to the sumptuous cinematography of Geoffrey Hall, every shade of red is given its big screen due. The wide, open landscape of the outback is captured in all its beauty, alongside an appropriate amount of sunset shots. A climactic bush fire sequence is displayed with the amount of fear and awe that a fire of its size requires. Technical shots like this are few and far between in Australian cinema, and this sequence alone announces itself proudly as one of the great ‘epic’ moments in Australian film history. If Hall’s cinematography alone makes Red Dog: True Blue a necessary big screen viewing, then the bush fire sequence cements it as an essential big screen viewing.

Yet, with all of this subtext, how does the main reason you’re paying to watch this film work? Namely, of course, the relationship between Mick and Blue. Well, it’s truly wonderful. Part of what worked about Red Dog was the element of mystery behind the wandering canine and how he came to be part of the lives of the residents of the Pilbara. One of the fears regarding prequels is that they can sometimes rob the charm and personality of the original film, yet here, the bond that Mick and Blue have strengthens and improves the relationships in the first film. At least in this one, you’re certain that the dog won’t die.

Which is not to say that there’s no emotional impact within this film, far from it. In fact, this viewer was profoundly moved within the first two minutes, with a very unexpected opening. Maybe I’m a sucker for tales about dogs in films, but it takes a special kind of film to melt this cynical heart within a couple of minutes of the theatre going black. What’s important, and necessary, is the exploration of the effect a companionship like that of an owner and their dog has on the life of the owner. If one relationship has a profound impact on the owners life, then how do they move on from that and learn to accept another dog in their life? Often owners may feel that they’re replacing their friend, or that by getting another dog, the memories of their old friend will disappear. Red Dog: True Blue may not have set out to provide a vessel for dog owners to remember their past companionships, but it managed to do just that – provide a way for owners to relive memories through the surrogate that is cinema. If all that existed of this film were the opening and closing moments, then that would almost be enough.

Kriv Stenders is one of Australia’s great directors, there’s no denying that. With this one two punch of the great commercial films Red Dog and Red Dog: True Blue, he’s placed himself up there with Rob Sitch and Stephan Elliot as creating truly Australian stories that speak to the population as a whole. Red Dog: True Blue takes the original story and improves upon it in every way. If you only see one Australian film from 2016, well, shame on you as it’s been a great year for Australian film and this is a perfect capper to the year that’s been. But, if you do only see one, then you could do worse than this. 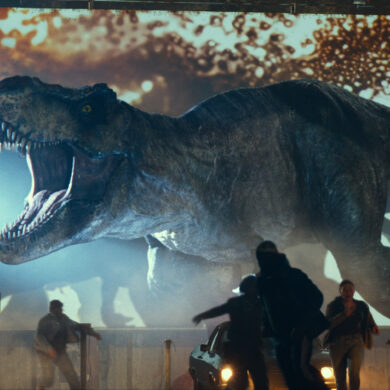