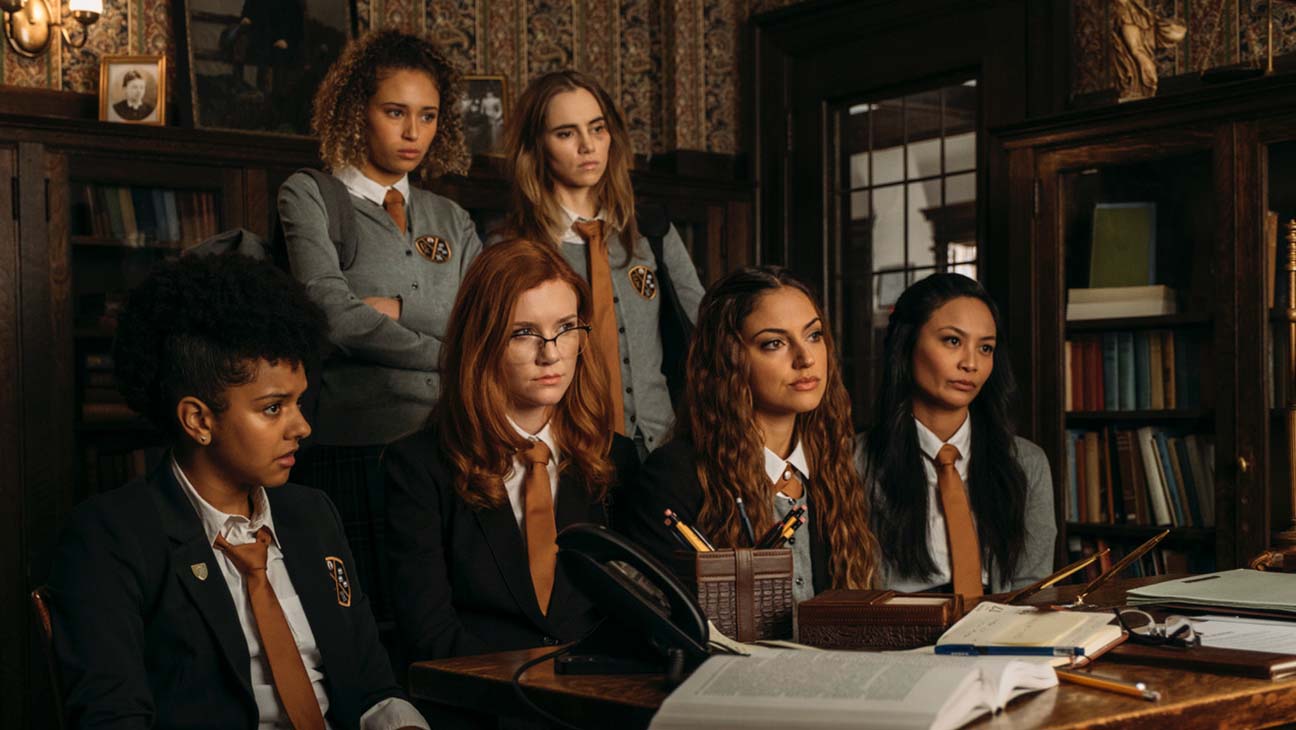 
From Malory Towers to St Trinian’s, a girls boarding school is always a rich setting for stories of female friendship, rivalry, anti-establishment self-actualisation, and just enough queer tension to make things delicious. Make it the backdrop of a horror movie and the deliciousness factor skyrockets.

Simon Barrett’s directorial debut Séance clearly recognises that potential, as Lucky McKee did before with The Woods (2006) and Carol Morley did with different effect in The Falling (2014). But whereas both those films went hard on the atmospherics with varying degrees of success, Séance falls woefully short. The production design is so unconvincing that I never believed these girls were actually living at an elite academy. There is an attempt at Suspiria staging late in the film but felt too little too late and rather trite. The cinematography is ordinary and depressingly lo-fi at times, though that may or may not have been the screener quality. More the pity because the score by German experimental duo Sicker Man is a bloody marvellous trip from strings to creepy piano to a little bit of dronewave that delighted me no end. I could have done without the Halloween motif, though. Enough already, leave Carpenter’s excellence to his own films.

The best part of Séance is the central performance by Suki Waterhouse. Her character, Camille Meadows, arrives at Edelvine Academy after a space is opened up by the death of a student, Kerrie, who died after a prank séance conducted by the ruling clique. (Of course I immediately heard Kerrie as Carrie.) Waterhouse plays Camille with a sardonic intensity that makes her so refreshing in a cast of mean girls, victims, and scared followers. She befriends Helina, played with endearing vulnerability by Ella-Rae Smith. Their scenes are the loveliest of the film, blurring that tender liminal space between friendship and romance, absent of any leering overtones.

As more seances are conducted and more girls die, the plot slightly de-centres Camille which does the film no favours. At this school, there are no assemblies, only one teacher, and a headmistress who talks in such archaic language with such earnestness I kept expecting her to turn out to be an android or something spewing milk for blood. There’s a cute boy in the shape of Trevor Patterson but happily the film avoids any cliched sexual shenanigans between him and the girls.

Half an hour in, I half-guessed the twist. And as usual, the full reveal turned out to be more mundane than I hoped. There’s an amusing use of a Wuthering Heights library book in the final act, a lot of blood, and slightly unconvincing prosthetics. It would be a thoroughly mediocre showdown except for Waterhouse’s satisfying ferocity. Lean and blood-spattered in pajamas, she makes a great protagonist and does her best with leaden dialogue in a substandard horror flick.

I’ll admit I was a bit alarmed when I realised Simon Barrett was the writer of The Guest (2014) and You’re Next (2011), both films which aggravated me deeply and put Adam Wingard on my shit list of directors to avoid. (Much to my annoyance because I was really keen for the next Godzilla instalment.) Wingard co-produced this too, but if you enjoyed the high-octane ridiculousness of those films, you may be disappointed by the smallness of Séance.