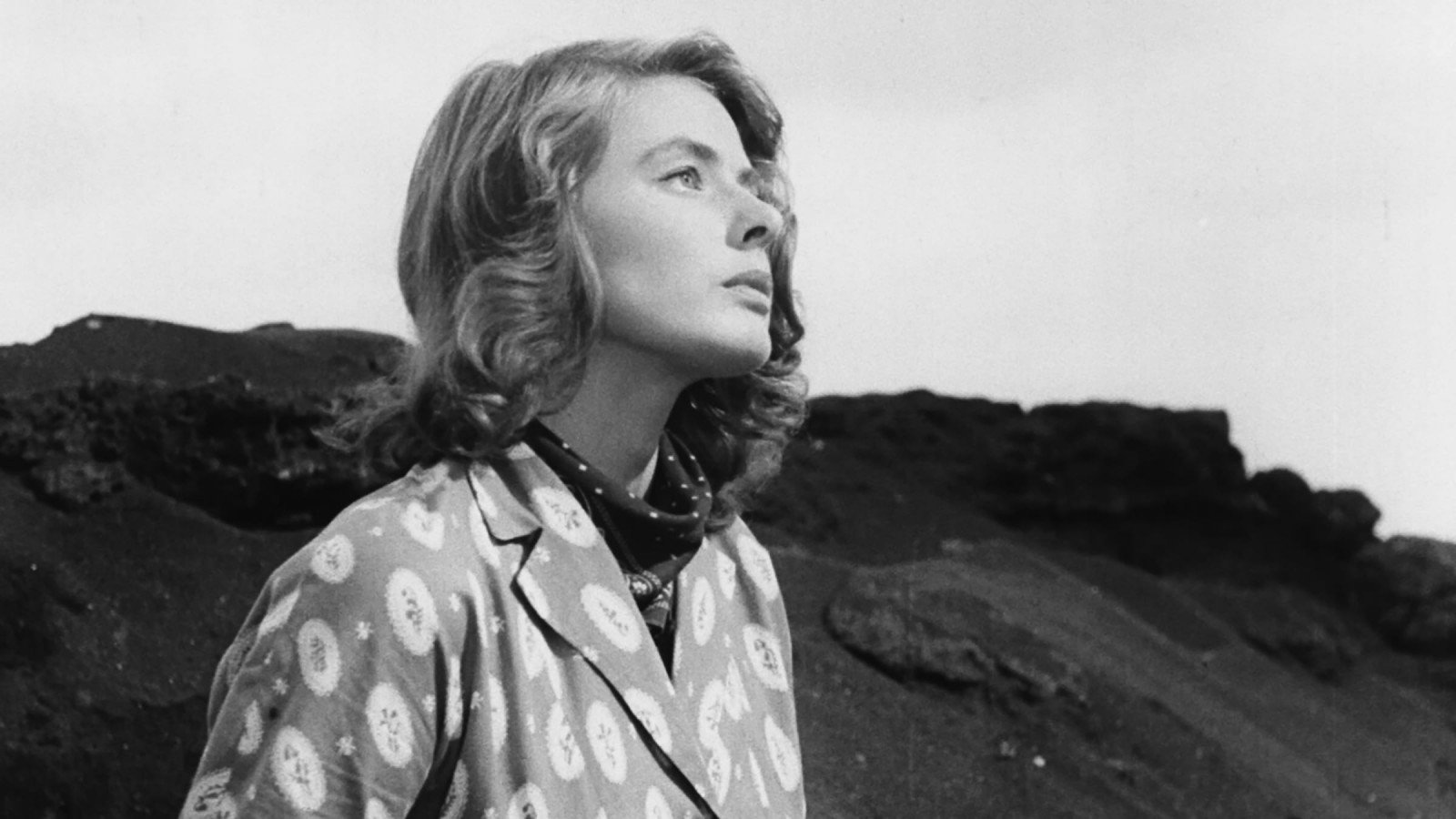 World War Two caused masses of people to flee for their survival, forming the basis for Roberto Rossellini’s 1950 film Stromboli, playing at the upcoming Italian Film Festival as part of a retrospective on the acclaimed director. The filmfollows Karin, played by the inimitable Ingrid Bergman who would go on to marry Rossellini, a displaced Lithuanian in Italy who is released from an internment camp through marrying an Italian POW fisherman called Antonio. She follows him back to his island home of Stromboli with the ideal that it will be beautiful and relaxing. Karin’s ideals are ruptured as the island village only seems to remind her of the depravity she had lived through during the war, living in a home initially without furniture and struggling to fit in. The locals take offence to Karin’s liberated persona and are untrustworthy of her character, refusing her hospitality. Karin’s plight is all the more tragic as she has escaped one temperamental home during the war only to find herself in a world where she doesn’t belong again.

Rossellini had filmed a slew of films including Rome, Open City (Roma Città Aperta, 1945), Paisa (1946) and Germany Year Zero (Germania Anno Zero, 1948) which explored the effects of World War Two in Italy and centred around working class characters. The label “neo-realist” was applied to Rossellini’s style as well as contemporaries like Vittorio De Sica (who had released the Bicycle Thieves in 1948) in order to discern it from classical realism. This was a style which predecessors like Carl Theodor Dryer and Sergei Eisenstein had championed in the silent era characterised by unflinching adoption of realist methods through acting and montage. Rossellini’s films follow everyday stories and characters and Karin’s uprooting from World War Two limbo in order to live a domesticated and provincial lifestyle allows the tension of the film to be developed.

Bergman plays the challenging role full of fluctuating emotions which are predominantly repressed as she is constantly being judged by the locals but desires to be free and happy. Her role in the film and the concurrent extramarital affair with Rossellini would see her sidelined from Hollywood for a short period due to the prevailing conservatism which existed in Hollywood throughout the fifties and the House Un-American Activities Commission. Karin’s displacement and her refusal to acknowledge her new home as a place of belonging is heightened when the suspicious locals confess how they returned from other countries like the USA in order to be in Stromboli. Karin cannot see the beauty of the fishing island nor does she want to. The stark black and white cinematography which is often jarring in the beaming sunlight of the island village produces a textured result often evoking the Karin’s mood.

Karin’s displacement is emphasised throughout the film but her personality is inextricably tied to her femininity and the desire she has for lives to be spared. The two components are best illustrated when Antonio brings home rabbits from work only to set a raccoon on them leading Karin to break down into tears. The brutality and machismo of the island and Antonio’s fisherman lifestyle are not what Karin desire further exacerbating her isolation within the island. Rossellini’s movie is a careful and considered portrayal of misled expectations in the aftermath of the war told in striking detail by one of the masters of neo-realism.

From Moneyboys to The Sixth Reel: These Are Some of the Best Films at the 2022 Mardi Gras Film Festival