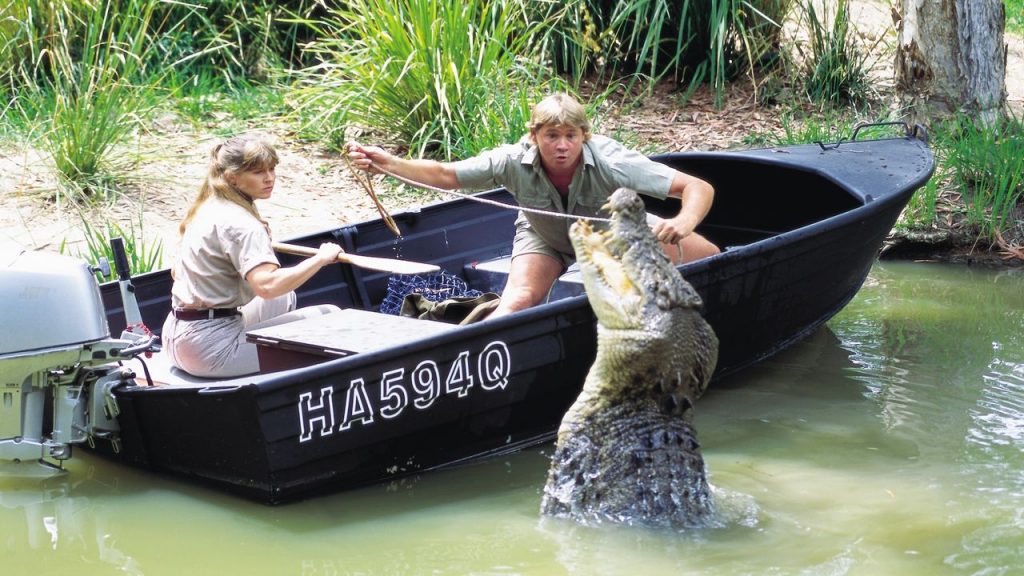 The early 2000’s was a curious time in the history of Australian cinema. After a wealth of films that were domestic successes in the nineties (The Adventures of Priscilla, Queen of the Desert, Strictly Ballroom, and The Castle), and with a rare crossover to international success (Babe hitting it big with a Best Picture nomination), there was an apparent reigniting of the search for the ‘next Crocodile Dundee‘. The quality of cinema was high, with some of Australia’s best films being made in late nineties/early 2000’s era – Chopper, Lantana, Japanese Story all coming out within a few years of each other. But, as we all know, quality does not immediately equal box office success, and no matter how good these films are, they simply failed to light up the box office in the ways that their supporters would have hoped they would.

The search for the next Crocodile Dundee continued. So much so that an ill advised third entry in the long dormant series arrived like an unexpected pimple some thirteen years later. Sure, in the year 2018, this kind of greatly delayed sequel is the order of the day, but back in the early 2000’s, seeing an obnoxiously nineties, bright pink and yellow poster for Crocodile Dundee in Los Angeles, replete with a shit-eating grin from star Paul Hogan, was wince inducing and stomach churning. Little needs to be said about the tagline ‘He heard there was wildlife in L.A. He didn’t know how wild.’ (After all, our constitutionally assigned ‘old mate’ Mick had already been to New York and had dealt with a different kind of ‘wild life’ there – one day I’ll dive into the transphobia of that original film, but today is not that day.)

Long the pinnacle of the Australian box office, with successfully holding the title as the ‘most successful‘ film with a huge $47 million domestic take, and a $174 million take in the US (coming second to Top Gun), Crocodile Dundee has always been the benchmark that many have tried to attain. Only Baz Luhrmann has come close with his melodramatic ode to the Australia long gone with his Gone With the Wind-wannabe epic Australia, taking in $37 million at home. The thing that Australia and Crocodile Dundee have in common is their dedication to the heightened view of Australian life. It’s accentuated to the point of absurdity, with everything larger than life, like the characters have lived on a diet of Big Pineapple and Big Macadamia Nuts, all the while conquering massive crocodiles and submissive sheilas.

While other Australian films were showing Aussie history, and exploring Aussie stories in respectful, entertaining ways (The Dish, Looking for Alibrandi, The Bank, for example), there was a subset of Australian films that were looking to take the mantle of the ‘new Mick Dundee’. Yahoo Serious took one last stab at success with Mr. Accident, while American studios headed to the outback with the bugnuts mad and insanely terrible Kangaroo Jack.

Meanwhile, if you were a stand up comic who was extremely active in Australia, then odds are you were probably going to get a film – what with the work of Jimeoin in The Craic, Billy Connolly in The Man Who Sued God, Acropolis Now lead Nick Giannopolous turning to the big screen with The Wog Boy, or Mick Molloy making a lark out of bowling with Crackerjack. Basically, Aussie comedy was looking for the next larrikin to hang a new movie series on.

All the while, one particular larrikin who had international appeal was creating a storm on the small screen. Eternally adorned in khaki, Steve Irwin, aka The Crocodile Hunter, was the modern Mick Dundee. Seemingly born from the mud, Irwin was the epitome of the term ‘larger than life’. Eternally living with a grin on his face, carrying a youthful exuberance that showed a love and admiration for the Australian environment, Irwin wanted to show the world that the Aussie wildlife was to be respected, not feared. It didn’t take long for his catch cry ‘crikey’ (or, best written phonetically, kroi-kee) to sweep the globe and overtake Mick Dundee’s ‘this is a knife’ as a way to easily imitate being Australian. It was also an easy way to piss off an Aussie, sitting alongside ‘chuck another shrimp on the barbie’ (another thing we have to thank Paul Hogan for).

Steve Irwin had the kind of widespread cultural impact that had seemingly eluded Australian celebrities since the era of Paul Hogan. Australia has a hard case of tall poppy syndrome – we like to see the underdog become successful and ‘make it big’, but as soon as they do ‘make it big’, Australian society deems them no longer worthy and set about tearing them down. The instant that Irwin became a worldwide success, he became a point of ridicule in his homeland.

The huge worldwide success of Irwin’s Crocodile Hunter TV series, and his infectious enthusiasm for nature, made the creation of a film focused on Steve’s exploits somewhat inevitable. The Crocodile Hunter: Collision Course arrived around the time of the reality TV boom, with Big Brother and Survivor exploding on the small screen. Sure, the Crocodile Hunter series was less reality TV, and more sugar crazed adult rampaging through the wilderness, but it still kind of ticked the box of ‘life on film’ that made up the ethos of reality TV.

As with every new threat to the art that is cinema, there is mad hand waving and fear that the sky will collapse and there will be no more films ever made. Studios in the early 2000’s had no idea what to do with the format of reality TV.  So, they looked to the realm of reality TV and gave it their best with efforts like The Real Cancun and Windy City Heat, and the horror genre taking a great stab with films like My Little Eye. Fortunately, the genre struggled to gain life in cinema, instead thriving on the small screen. Cinema was saved once again.

With a convergence of these two distinct pressures in Australia, and the train of inevitability coming steaming into the station, a narrative was created around Steve Irwin and The Crocodile Hunter: Collision Course was birthed into existence. Longtime collaborator, and close friend to the Irwin’s, John Stainton came up with a plot to hang a film on, with Holly Goldberg Sloan (Angels in the Outfield, Made in America) turning this plot into a script. Stainton also took charge as director.

That’s a lot of preamble to explain how a film a like The Crocodile Hunter: Collision Course came about.

And what a film. This is glorious drovers’ stew of ludicrous plots combined into one. On the one hand, there’s Steve Irwin being Steve Irwin, with dutiful Terri Irwin working in the background, corralling the chaos into some kind of sense. Then, there’s a bizarre narrative about a satellite that contains all of the CIA’s sensitive data (remember, this is in the early age of the internet, and we’d all just survived the Y2K bug) that explodes over Australia, the unit that stores the data ending up in the stomach of a crocodile. Meanwhile, Magda Szubanski is getting cranky at the local crocs because they keep eating her livestock.

Hunter: For the Record Review – An Intimate and Energetic Ode to an Aussie Hip-hop Icon

A lot of crocs. A lot of hunting. And a lot of madness.

Naff plot aside, the core energy of Collision Course comes from Steve Irwin himself. The rest of the actors simply cannot compete with the Croc Hunter’s hyperactivity, even though they certainly give it their best.

Magda Szubanski carries across the essence of Babe‘s Mrs Hoggett, imbuing that charming character with a dark streak, and spitting out lines like ‘trespassing on my land is good enough reason to be shot, but having a go at my dogs is a lynching crime around here’ with a self-aware absurdity that embraces the ludicrously tone-deaf nature of the dialogue. Szubanski clearly enjoys the role she’s given of the farmer with a vendetta, acting alongside the exhausted ranger Sam, played by the ever dependable David Wenham. It’s rare to see women farmers depicted on film, so it’s nice to see that Szubanski’s Brozzie is a self-sufficient no-shit-taking farmer.

Less effective is the CIA duo of Robert Wheeler (Lachy Hulme) and Vaughan Archer (Kenneth Ransom) who are shipped out to Australia to track down the missing data drive. Both actors do fine by themselves, but lack the necessary chemistry with each other that would make their scenes less of a chore to get through. Sure, they’re also given ripe dialogue, such as this choice quip as they witness Steve Irwin doing his best Jack from Titanic, chasing a crocodile on his dinghy, ‘I think the binoculars have just picked up the Discovery channel’. The film really wants to be self aware, and thinks it’s in on the joke, but it’s neither of these things.

The worst thing about this ‘plot’ is that it’s entirely extraneous content, completely unnecessary as a skeleton for the antics of Steve Irwin. The lost CIA hard drive is merely a conduit for the agents to be subject to a bunch of slapstick comedy routines – ones so clearly designed to get kids laughing, but I struggle to imagine any child accidentally farting themselves by giggling too hard at these forced poop jokes. Especially when you compare the actions of the agents to that of Steve Irwin himself.