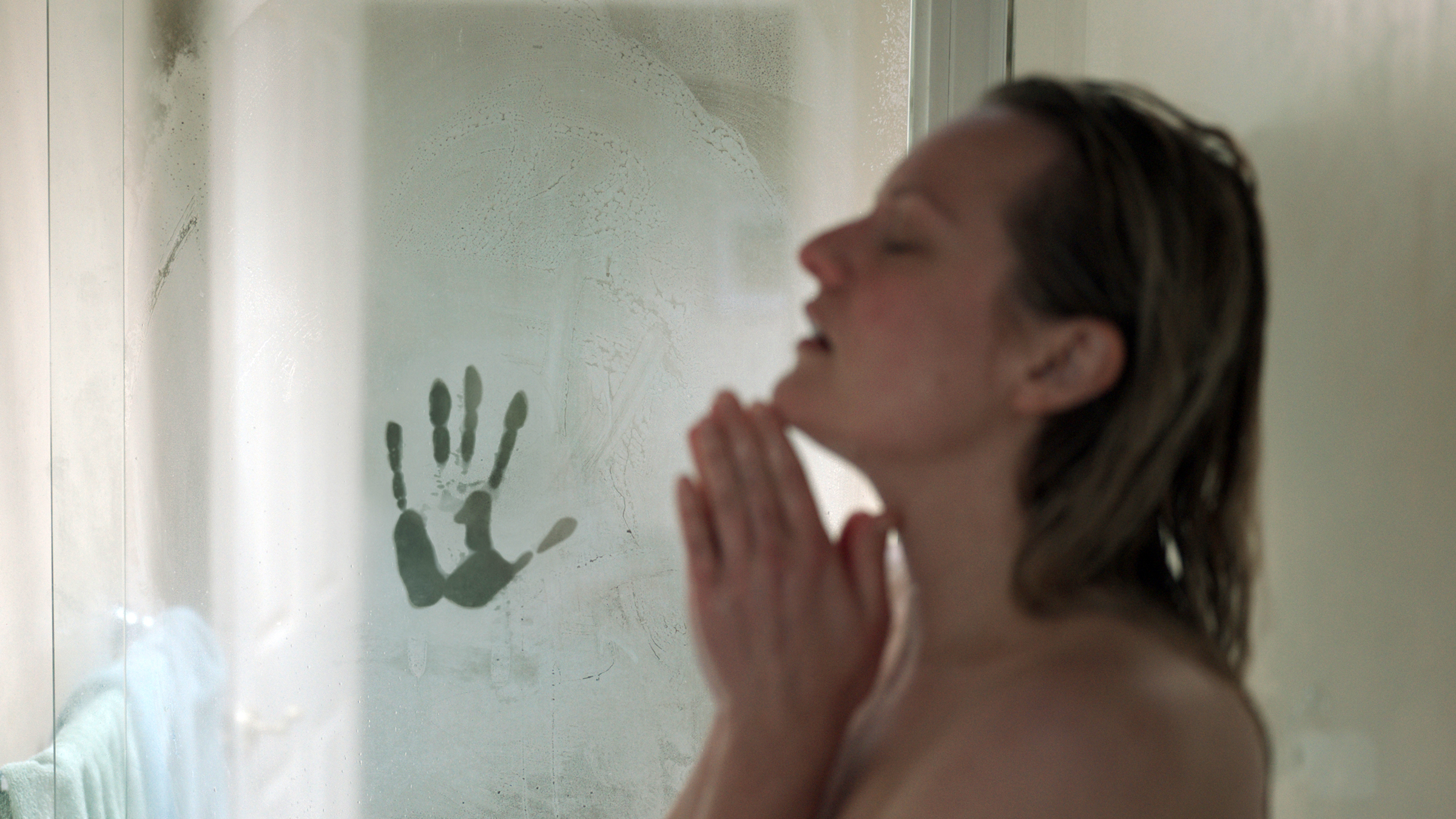 The sheer thud, bringing with it the reveal of invisible captions containing the film’s title, establishes a brooding atmosphere that carries deep into the film.

Echoing the sentiment had by Wells towards the sci-fi genre, Whannell is a director inspired by intertwining technology with horror. Whannell’s body of work, ranging from his work on the Saw series to 2018’s Upgrade, exhibit prevalent themes surrounding surveillance society and the dispossession of free-will. With The Invisible Man, Whannell elevates this motif by constructing a timely and topical assessment on domestic violence.

In the dead of night, Cecilia (powerfully realised by Elisabeth Moss) flees from her abusive relationship to Adrian Griffin (Oliver Jackson-Cohen); a world-renowned scientist – decorated for his work in optics – whose controlling behaviour is matched by his immense affluence. Cecilia’s promising efforts to move forward with her life, rekindling her estranged relationships with sister Alice (Harriet Dyer) and their childhood-friend-now-convenient-cop James (Aldis Hodge), become short-lived upon the news of Griffin’s death. Cecilia’s initial shock soon turns to disbelief following a string of mysterious events, linking back to Griffin and his lawyer brother Tom (Michael Dorman), that cause Cecilia to question his passing.

Griffin may (or may not) be gone in body, but Cecilia has not forgotten his presence.

The mystery behind Griffin’s death, whether a hoax or a manifestation of Cecilia’s grief, is empowered by the conventions of genre storytelling. Like any well-told horror-thriller, The Invisible Man forces the audience to imagine its own monster, with Cecilia’s belief in Griffin’s invisible existence doubling-down to expose the manner whereby society discredits victims of domestic violence. Cecilia’s grief, confused for mental illness by those near to her, pushes her into isolation; a feat which Cecilia is convinced has been orchestrated by Griffin as an attempt to control her.

Whannell utilises jump scares to reveal the abusive experiences had by Cecilia. The camera doesn’t so much as observe as it stares; glaring at Cecilia as though she were being watched. Its effect is to impeccably reveal the bandages behind Griffin’s possible existence. More than that, Whannell proves himself adept in capturing tension for extended durations, with the execution of Cecilia’s escape delivered with a heart-pounding intensity that is sure to shroud the cinema in a cautious silence. However, the film is not without some flat moments, with Cecilia’s return to particular locations and depictions of violence feeling incomplete.

Whannell’s direction ought to be celebrated for its boldness, with few filmmakers willing to stir the pot – and transcend genre – as ambitiously as the Upgrade filmmaker has. That being said, it is when Whannell decides to hastily change up the tone does The Invisible Man feel opaque. The details and events behind this swift change-up are better left unsaid. However, its impact is felt from midway onwards when The Invisible Man moves past being a compelling thinkpiece and verges on boofhead territory. The wider implication of this change felt in the production elements, with the film’s sound design and camera positioning, carrying the trepidation of the film thanks to the absence of visual, transforming from atmospheric and evocative to sounding like a scene from Transformers.

Nevertheless, we have our first Oscar contender for 2020, with Benjamin Wallfisch’s atmospheric score humming with a striking intensity that resembles the powerful sounds made by a plane mid take-off.

While H. G. Wells titular mad scientist plays a crucial component in Whannell’s modern-day retelling of The Invisible Man, it is the invisible suffering worn by victims of domestic violence that bears the heaviest emotional weight. Whannell, proving himself a director willing to shake things up, crafts a respectable and important look at moving forward from trauma, the dire state of societies domestic violence issue, and the importance of believing women.

Writer: Leigh Whannell, (based on the novel The Invisible Man by H.G. Wells)