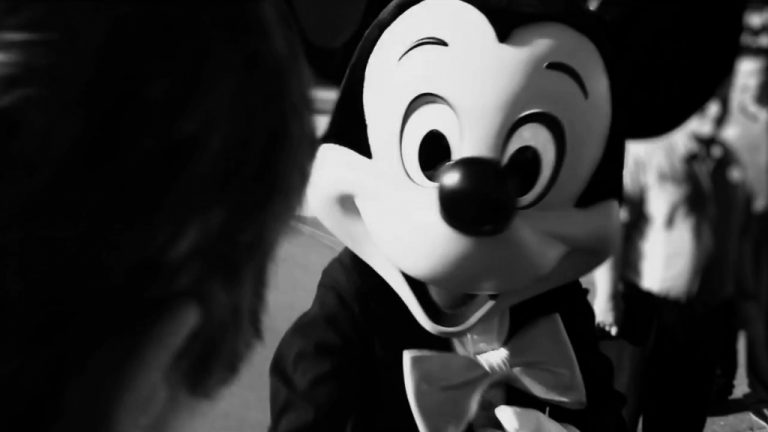 The Mandalorian and Mousehouse Monoculture: Reconciling with a Complete Pop Culture Diet

So, I’ve been going on a bit of a tear lately, railing against Disney in general, Disney+ in particular, and their resolutely average flagship show, The Mandalorian, which has come to be, in my personal mythology, representative of Everything Wrong With the World, if catastrophic climate change and incipient fascism don’t count. Managed to alienate a few people, which is a habit I should kick, but if there’s one thing that raises my ire more than bland cultural hegemony, it’s people loudly defending their right to participate in bland cultural hegemony as though an officially licensed Rebel Alliance button is actually some kind of campaign badge.

I know, I know, perhaps we should meet in the middle, and that has long been my rallying cry, but it’s starting to feel like I’ve been standing in the middle flying the flag for various marginalized or overlooked elements of culture and, frankly, a handful of fellow travelers aside, I’m alone out there. I write largely for myself (we all do – anyone who says otherwise is lying) but also to share and educate and hopefully shine a light on some good stuff that otherwise would go completely unnoticed, little motifs just buried in the bombastic thunder of mass market mass culture. You can’t save ‘em all, but there’s comfort to be had in knowing the occasional cinema seat gets a bum in it because of something I wrote – and yeah, the occasional one goes empty for the same reason, too.

But Christ, is it working?

I don’t know for sure and I have no numbers to pull (but, y’know, box office results speak loudly) but I don’t think so. It feels that, broadly speaking, culturally speaking, the battle is lost and, like so many, it’s been lost on the home front. It’s been lost because the incentives for cultural and intellectual curiosity have been sanded away by the slow, soft, irresistible pressure of the algorithm. It’s been lost because we no longer actually have to choose what cultural artefacts to introduce into out sensoria – we are simply inundated with things designed down to the finest micron and targeted to within a c-hair to appeal to us on a damn near telepathic level and trigger us to reach for our credit cards or, at least, not to flip over to another show or, heaven forfend, another streaming service.

Which is, of course, nothing new, but that’s kind of like saying climate change is nothing new – it’s something we’ve historically failed to grapple with, are currently absolutely failing to grapple with, and will probably fuck us up beyond all recognition in the not too distant future. It might be a bit of a stretch to compare these two things but, Christ, if you don’t think our cultural life as human beings – and yours as a thinking individual – is important, I don’t know what to tell you.


We are catered to. And it’s killing us.

Intellectually, at least. I defy anyone to look at the seismic conversation around Baby fucking Yoda and argue that the infantilization of our culture is not in full swing. As long as we’re talking about The Mandalorian, it’s worth noting that a large swathe of the third episode is devoted to introducing a range of action figures and accessories, while the overall structure of the series mimics almost perfectly the video game that will inevitably be spun off from the show. The articles devoted to the availability of Baby Yoda merchandise outnumber those devoted to the actual show itself by a considerable margin, because the show is the merch is the game is the fandom is the t-shirt. It’s an icy, machined miracle of vertical integration and cross-marketing, and I almost admire Disney for it with the same awed horror with which I regard, say, the efficiency of the Wehrmacht circa 1940.

It was recently announced that The Mandalorian is the most popular web series of all time, which is unsurprising – it would be shocking if it wasn’t. I wonder if part of that is because it’s somehow easier to watch it than to not – to surrender to the moment, punch in the credit card numbers, buy the tchotchkes, post the GIF. We are social animals after all, even if our participation in society is now parsed through social media, but there’s something disturbing about us all participating in the same cultural process at the same time, and encouraged to the same degree of fervor.

It’s the fervor that unnerves me, and the strong tribal drive to view any criticism as heresy (source: literally any comment thread on an article about a pop culture touchstone). We are heavily encouraged to incorporate these juvenile fantasies into our core identities to the degree where a swipe at them is perceived as an attack on us. Not just perceived but felt – the psychological hooks are set that deep. That’s by no means accidental – nothing profitable is accidental at this scale. The test, I think, is to imagine not taking in this stuff – imagine not subscribing to Disney+, or not seeing The Rise of Skywalker, or not watching… well, whatever the next Marvel thing is. Probably Black Widow, I think. Can you picture it, or is it unthinkable? Why? Because you’re a Star Wars guy or a Marvel gal? Is that what you are? All you are?

Well, here’s the big, dirty secret – I like this stuff. Well, most of it, and if my awareness and mistrust of these colourful marketing beartraps is rooted in anything, it’s my own pitiful susceptibility to them. Our weakness for this kind of cultural comfort food unites us, but we can choose how we react to that – do we succumb, or do we recognize our fallibility and do something to course correct? We’re wired to like big, simple colourful stories like we’re wired to like sugars, fats, salts, and carbs – they’re as comforting as a mother’s nipple. But we know – we should know, at least – that we live in a time of plenty, and cookies are a sometimes food. Perhaps we should be applying the same logic to our cultural diet – a Star War is a good time, but if that’s your whole diet, you’ll turn your brain into cellulite.

Still, it’s your choice, and choice matters – it is perhaps all that matters. But it’s worth considering how much choice you actually have, and who’s in the driver’s seat when your id makes grabby hands at the next toy, next show, next fandom or faction designed to plug that hole in your soul, fill that need, be the maypole your identity dances around. Is it you? Is this you? Why? And at what cost?