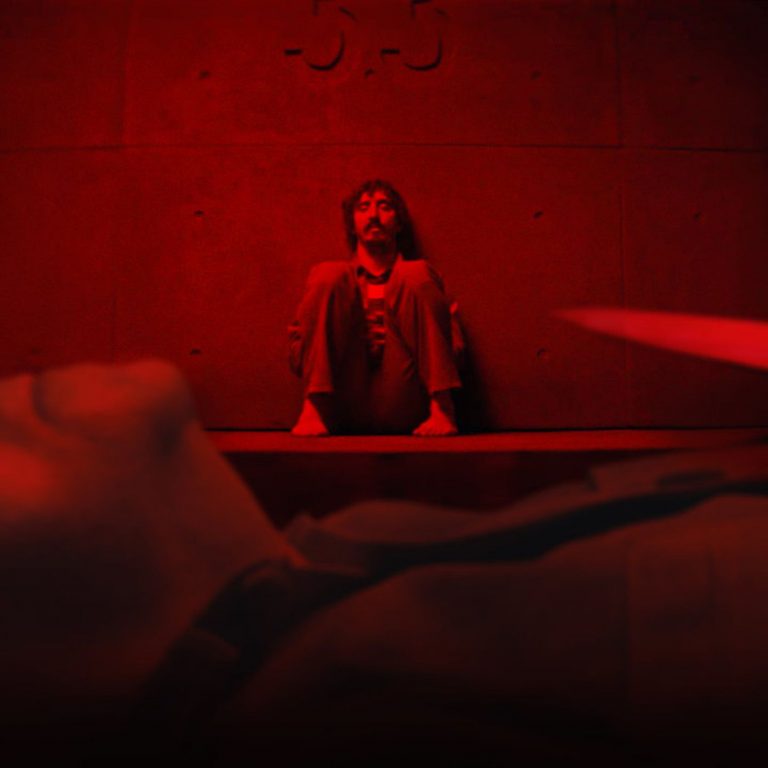 The Platform Review – The Best Heavy Metal Movie Ever Made

Well, if there was ever a time for movies about people locked in confined spaces slowly going nuts, it’s surely now. Or maybe it isn’t; escapist fantasy might be the order of the day when you literally can’t (or shouldn’t – stay the fuck home, for crying out loud) escape. Which would be a shame, because if you’re sticking strictly to lighter fare, you’ll miss out on The Platform, an allegorical Spanish sci-fi that’s short on subtlety but big on style and brio.

The gist is this: there’s a towering prison, one cell to a floor, two people to a cell. Every day an elevator descends from the top floor laden with delicious food, and if everyone just takes what they need, there’s enough for all. Thing is, people are people, and so the lower down you are the less you get, because the inmates above you are gorging themselves. It’s self-defeating – every month you’re randomly assigned to another floor, and so you too will be subject to starvation if you pull a big number (the floors are numbered in descending order from the top), but that doesn’t seem to be much of a check on short-term thinking in this scenario.

Into this grim milieu is thrust the idealistic Goreng (Ivan Massagué), who has taken a six month stretch on the promise of a diploma waiting for him at the end of his sentence. He’s a humanist and an intellectual – allowed to take any one item with him into the prison, he’s chosen a copy of Cervantes’ Don Quixote. His cell mate, the sour, cynical Trimagasi (Zorion Eguileor) is much more pragmatic – he’s got a chef’s knife that never needs sharpening. Goreng tries to appeal to both those above and below him in the tower to act sensibly; Trimagasi simply plans for the inevitable famine that awaits them when they are assigned to a lower cell, and the horrible choices they will have to grapple with. Will the irresistible force of Goreng’s personal philosophy splatter against the immovable object of the entrenched system he’s found himself in? And when’s that knife coming into play?

The Platform’s cinematic antecedents are easy to track. There’s a lot of Terry Gilliam in it, with its cast of fascinating grotesques and merciless bureaucracy; a bit of Cube-era Vincenzo Natali in the way it repurposes one set over and over again to good effect; even a touch of current kine king Bong Joon-ho – after all, The Platform is, more or less, Snowpiercer stuck on its end. It’s more than the sum of its parts, though; its metaphors are not so much obvious as clear, and it tests its theses in interesting and dramatic ways. His pleas for reason falling on deaf ears, Goreng eventually turns to force, and the film spends a fair whack of time ruminating on what it means when we use abhorrent tools such as violence in service to what we believe is a higher moral authority.

Speaking of violence, the film is surprisingly gory, not to mention earthy; a lot of blood gets spilled in the course of the exercise, as well as various other bodily fluids. Food rots on polished silver plates, bones are gnawed by feverishly hungry inmates, sexual violence is an ever-present possibility (and certainly happens offscreen) – it’s a feverish, fecund, primal nightmare – animalistic humans caged in cold concrete, rutting and feasting and killing within the tiny sphere of freedom allowed by the uncaring structure, physical and conceptual, they are bound within.

So, it’s essentially the best Heavy Metal movie ever made, with its combination of high philosophisin’, low exploitation, and striking visuals, and I have no doubt that director Galder Gaztelu-Urrutia and screenwriters David Desola and Pedro Rivero are familiar with the venerable comics anthology, or at least the “mature” European comics it reprints for Anglophone audiences. Watching The Platform feels very much like thumbing through one of this thick, square-bound semi-taboo issues as a teenager; like you’re experiencing something not quite forbidden but certainly transgressive, and dancing across the line of acceptable taste. That line shifts from viewer to viewer, of course, so there’s no guarantee that the film stays on the right side for you personally. It did for me, but I’m on old hand at this sort of thing.

As is often the way with such exercises, The Platform doesn’t quite stick the landing, perhaps taking one conceptual jump too many for the average viewer, but that slight stumble in the final stretch doesn’t undo all the bold and provocative work that precedes it. Currently on Netflix and definitely worth your time.