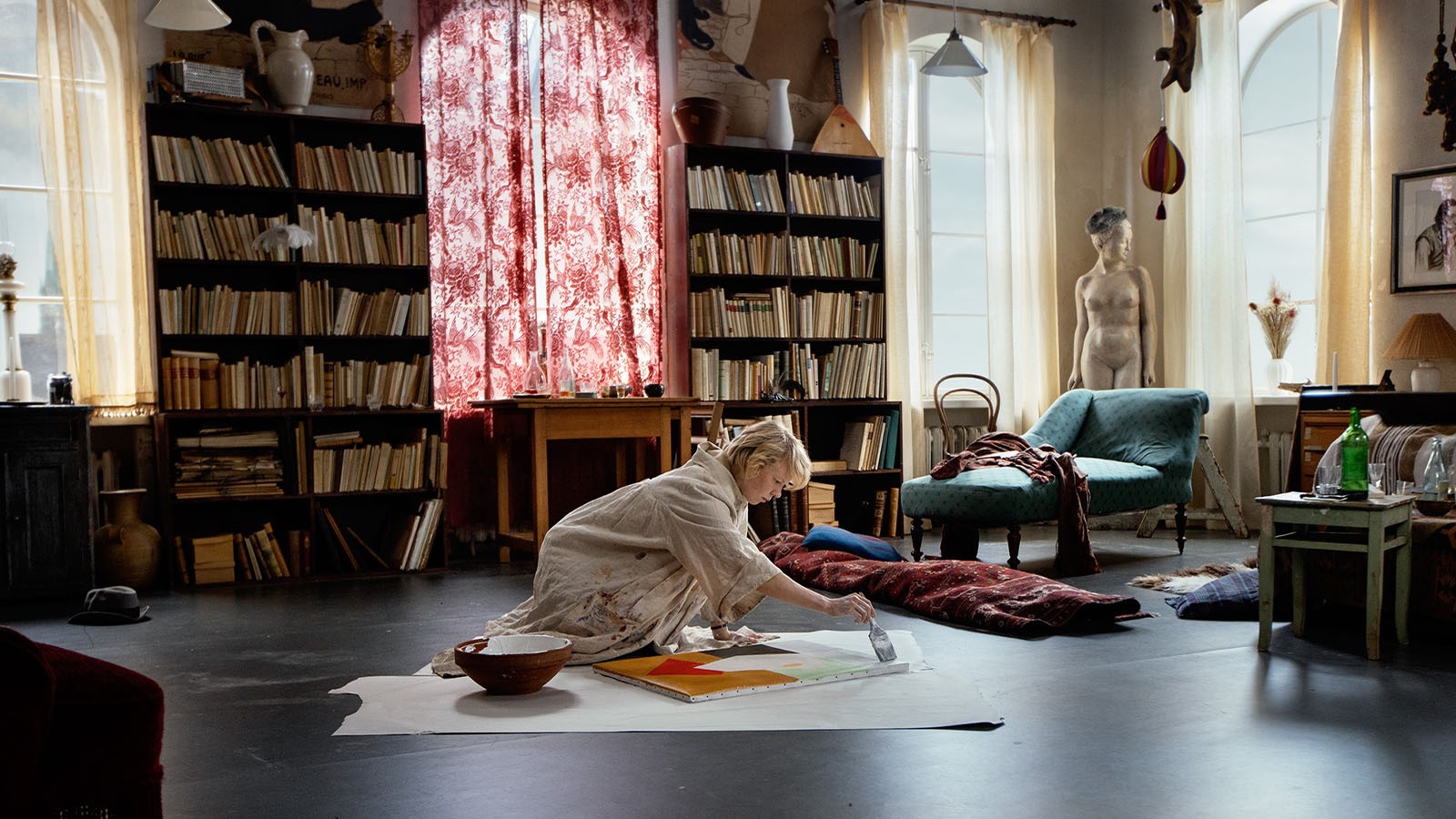 Biographical films can be unwieldy beasts. If the subject is well known enough the audience has set expectations on what the film will cover and how it will achieve an authentic portrait of its subject. In director Zaida Bergorth’s film about the writer and artist Tove Jansson many will go in expecting the film to concentrate mostly on the work involved in Tove’s best-known works, the Moomintroll series of books and cartoons. Although the film does address Jansson’s most famous output it is more concerned with being an intimate portrait of the woman behind the work – more specifically her non-conformist lifestyle and her personal relationships.

The film begins in a Helsinki bomb shelter in 1945 where Tove is sketching her Moomin characters and ends in the late 1950s at a time where she has achieved worldwide success with her children’s books. In small sketches writer Eeva Putro gives enough detail to acquaint the audience with Tove’s family life. She is the daughter of a successful and artistically conservative sculptor who is pushing her away from the whimsy of the Moomins and towards more traditional painting. More supportive is her mother whose artistic life doesn’t make it into the narrative (she was a renowned graphic designer and illustrator who worked for socialist and anti-fascist magazines). Bergroth and Putro aren’t interested in creating a full picture of Tove’s family life, just a brief outline of what drives her to independence. Whilst Tove’s artistic friends and family are recipients of government grants and support she is left out and has to find a way to support herself and her art. Taking small commissions leads her to meet the bourgeoise theatre director Vivica Bandler who becomes both an artistic inspiration and one of the great loves of her life.

Tove is essentially a story about Jansson’s struggle to fit in with society. As a bisexual artist she finds some support in the bohemian art community, but she isn’t made for a conventional life. She starts an affair with a socialist philosopher and publisher, Atos Wirtanen (Shanti Roney) but when he proposes the engagement is short and unsuccessful.

Bergroth has a story to tell about a woman finding artistic fulfilment but it is secondary to her personal growth. In a more conventional biopic Tove’s creations would take the forefront but in this film they are an extension of herself. Her most famous Moomin characters are inspired by her friends, lovers and family but this is only made explicit in how they relate to her love affair with the distant Vivica – her beautiful dragon that she cannot ever hold on to no matter how much she adores her.

Bergroth cannily describes the underground lesbian art scene, especially in the scenes shot in Paris where women can freely express their sexuality. Tove searches for freedom and liberation and although she finds heartbreak with Vivica, she becomes privy to a world that accepts her sexuality and eventually meets the woman who will become her life partner, Tuulikki Pietiä (Joanna Haartti).

Alma Pöysti is luminous as Tove. From the moments where she dances with abandon in her studio, to the silent pain she suffers at the hand of professional and romantic disappointment, the actor conveys each emotional variance with skill and authenticity. In later years there exists documentary footage of Jansson filmed by Pietiä and it is easy to believe that the woman who portrayed her in the film is the same woman dancing joyously on her seaside home in Finland.

Tove is an intimate character study of a fascinating woman that might disappoint those looking for a more rote description of how she came to be the creator of the Moomin series. However, as a tale of a woman fighting to define herself and find fulfilment the film is utterly successful. It is also a melancholy love story that conveys Tove’s heartbreak after falling in love with the feckless but brilliant Vivica who cannot return her devotion.