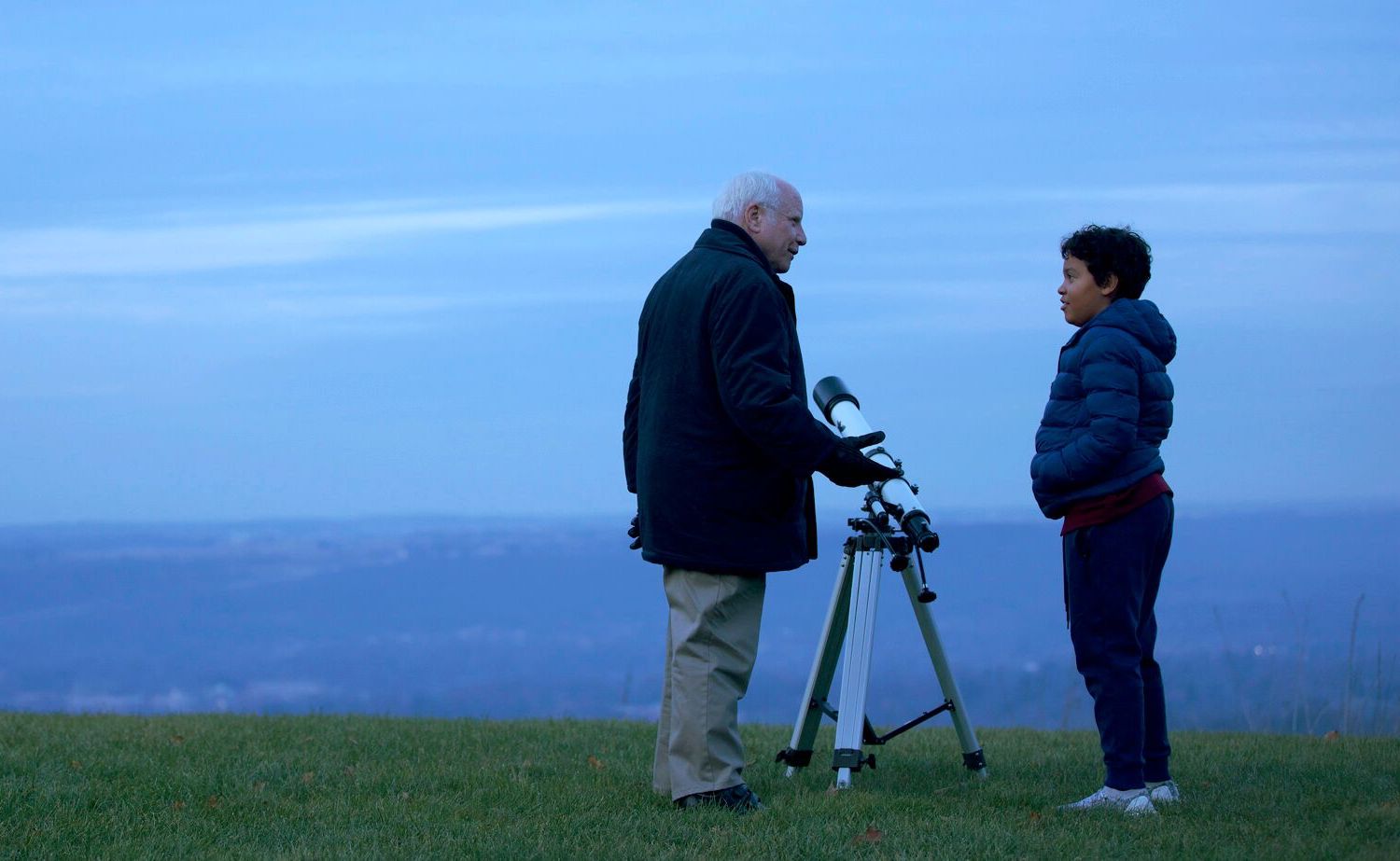 Astronaut Review – A Much Needed Lift (Off)

Covid-19 hasn’t exactly brought the best out in people; there’s been violence, abuse, harassment, racism, and a shitload of fines. Seeing any positivity, especially in the mainstream media, has been something of a rarity.

For this reason alone, I was absolutely delighted to have gotten the chance to check out the latest Richard Dreyfuss latest effort, Astronaut.

The film focuses on the once, and maybe still, brilliant civil engineer Angus Stewart as he attempts to achieve his dream of becoming an astronaut at age 75. While this seems like the goal of someone suffering from dementia, rather than that of a fully aware senior citizen, a billionaire offering a seat on the first commercial space flight as a competition prize makes Angus’ wish a distinct possibility.

To begin with the performances, it’s easy to just say that Richard Dreyfuss gave a five-star performance. But it really was more than that. With the actors of yesteryear getting less and less work as age , Dreyfuss gave Hollywood every reason to find him more work – if he wants it. He was charming, and absolute delight to watch, and he has been for long time.

Then there is Angus’ grandson Barney Williams, played by experienced youngster, Richie Lawrence. Barney challenges Angus in every way, ensuring that he goes for gold and achieves his dream. Lawrence is great as the grandson, it’s a real treat to see that the future of cinema is in capable hands. Lyriq Bent, who plays Barney’s father Jim, is also fantastic. His character transitions from hard-ass, no-nonsense, doesn’t want to know about Angus’ crazy dreams type of guy, to a caring and encouraging friend to Angus, and the transition is heart-warming.

Native American actor Grahame Greene also plays a supporting role, as one of Angus’ friends, Len, and once again, he is great. The role is largely non-speaking, as Greene’s character seems to have struggled a stroke, but his expressions say it all. Greene is fascinating. He is such a great actor, and age is not slowing him down, if he isn’t an American icon, he bloody well should be.

Other main support cast include Krista Bridges, Karen LeBlanc and vintage character actor Colm Feore, and none of them let the team down but even beyond their characters, in the lesser supporting roles, some of Angus’ other friends, were also absolutely fantastic. Angus and his friends get togethers in the common room of the home they are in are well done. I felt like I was watching some kind of weird, far-out, senior sequel to John Hughes’ The Breakfast Club or some other teen movie, but closer to The Supper Club – there was even talks of Fake ID’s.

Writer/Director Shelagh McLeod, helming her first feature film here, has done a wonderful job. The script is clever, smart, funny and heart-warming. It also does a fantastic job and swinging from one story arc to another, and then finding a crisp way to pull them back together again. I was really impressed here and will be happy to support any more of McLeod’s works in the future.

Watching such a compassionate and charming feel-good film really was a privilege given the dull times we find ourselves in. Astronaut is a film that everyone should checkout during isolation, in the hope it will give them a little lift (off).