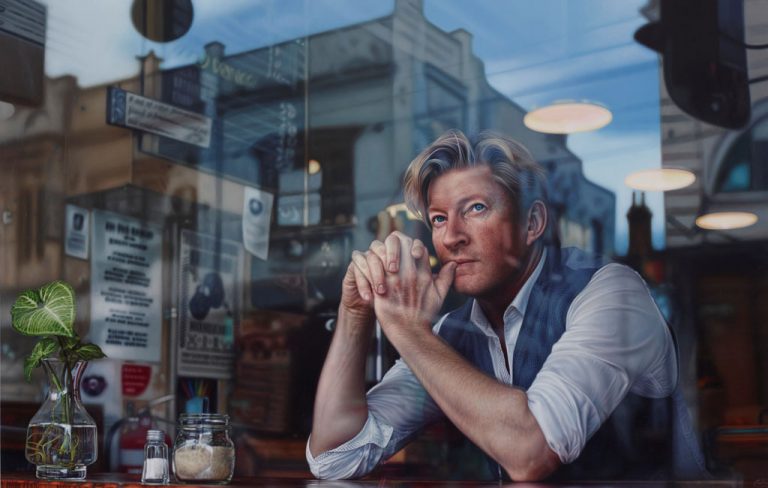 David Wenham – All Round Cool Guy, and One of the Greats

At The Curb, we don’t just write about films, we write about things that are important to us, we like, we love, we think is cool or maybe not so cool. So come #AUSgust, the Australian film month, I really wanted to write about an actor that I think is pretty cool.

Born in 1965, Wenham’s acting career began in the 1980’s after he graduated from the University of Western Sydney with a bachelor of Arts (Performing Arts) in 1987.  After a string of appearances Wenham won his first AFI award in 1997 for his lead role in Simone De Beauvoir’s Babies. After some more small film roles Wenham came across a part in Seachange, that of Dan Della Bosca, Wenham’s popularity grew after playing ‘Diver Dan’, becoming somewhat of a sex symbol and more roles came his way. After appearing as the lead male role in Jonathan Teplitzky’s 2000 film Better Than Sex, he starred alongside Sam Worthington in a support role in Teplitzky’s second feature film, 2003’s Gettin’ Square. A film I would call underrated.

It’s his role in this film that made me remember the name David Wenham. His character, Johnny Francis Spitieri or simply ‘Spit’, was an utter bogan, exactly what you imagine an real life version of Darren from the infamous ‘Ciggy Butt Brain’ YouTube video to be. Wenham portrayed the bogan that is ‘Spit’ perfectly. The highlight of the performance was the courtroom scene in which ‘Spit’ not only gets out of answering questions as a witness, but also gets cash from the prosecutor for lunch and a bus ride home. The scene is pure perfection, and one my favourites in film history. I’ve described it several times over to friends and watch it on YouTube from time to time. The pronunciation of ‘Honour’ is priceless. I met one of the producers of the film at the 2019 Melbourne International Film Festival and couldn’t help but gush about it.

Wenham also starred in The Lord of the Rings: The Two Towers in 2002 as well as Lord of the Rings: Return of the King 12 months later. He was apparently sought out for the role of Faramir because of he looks similar to his on-screen brother in the film, played by Sean Bean. As Wenham notes – they both have big noses.

Another role that I remember of Wenham’s from the mid naughties was that of Murray Whelan in TV films Stiff and The Brush Off. I remember watching both of these films with my mum, and we both greatly enjoyed them. Bouncing between Australia and Hollywood, Wenham followed these films up with roles in Three Dollars, The Proposition, Zack Snyder’s 300, and even starred with Johnny Depp in Michael Mann’s 2009 film, Public Enemies.

Wenham is diverse in the roles he chooses, he can play every day good blokes – like Diver Dan, or Dole bludging bogans like Johnny Spit. He can play Knights, Sir’s, and Governors and he can also play evil king pin bad guy’s, such as Harold Meachum in Marvel’s Iron Fist, and across all these diverse roles, Wenham never misses a beat.

David has stayed busy since his acting career began, with three credits in 2018 on IMDB and at least another two down for 2019. Another, a feature film, Dirt Music is in post-production, and short film Charlie in pre-production.

We Are in the Endgame Now.

Wenham isn’t just a talent on the screen though, the man in question is becoming a double-edged sword. He directed a segment of 2013 Australian film, The Turning and debuted his first feature film, Ellipsis, in 2017. The film was called “rich in character, genuine in feeling and with an ambience that is hard to shake” by Matt’s Movie Reviews.

I’m not exactly sure how high up Wenham is on the list of great Australian actors but if he’s not near the top somewhere then more things out of line in this world than I thought. All I hope though is that in some film industry miracle, we see Johnny Spit on screen once more. Too see those double pluggers sprinting down the bitumen one more time would be nothing less than glorious.

Through the Looking Glass painting by Tessa Mackay.