This International Podcast Day, we’re shining the spotlight on podcasts that help out the budding filmmakers of the world with high level guidance and advice, and even give established filmmakers a deeper appreciation for their chosen craft and vocation.

One of the great benefits of podcasts is how anyone with a skill or knowledge base can start one up and share their experience with the world. If the hosts of the below podcasts were to host live seminars, teaching the audience about the craft of filmmaking, audiences would then have to pay hundreds just for the privilege of hearing them talk, but with the ease of access and freedom of podcasts, anyone can learn from the greats.

Here are some great filmmaking podcasts that you need to listen to if you want to improve your filmmaking craft:

One of the rare fortunes of the Covid-19 era has come from artists like Roger Deakins and collaborator James Deakins starting a podcast and sharing their creative energy with the world. One just needs to look at a still from a Roger Deakins film to see that he’s one of the finest cinematographers around, but visuals alone don’t properly inform on how those shots were achieved.

In Team Deakins, Roger and James discuss the artistic mindset behind cinematography, while also explaining how their collaborative work has evolved together. Some of the more fascinating episodes have Roger and James, and a guest, discussing how lighting in cinematography works and how the layers in animation work, as well as how Roger planned out his Oscar winning work on Blade Runner 2049 and 1917. Even if your filmmaking field of interest is not in cinematography, this is still a wholly valuable podcast that will change how you watch a film and appreciate the creative energy behind them.

The Cinematography Podcast and Walking Backwards

Just like Team Deakins, Scriptnotes is a valuable and interesting podcast that entertains as much as it educates. With over 400 episodes under their belt, John August and Craig Mazin stack each episode with in depth discussions about writing and the business side of the industry. It sounds granular and clinical, but John, Craig, and their seasoned industry veterans, bring an openness to their discussions that welcome newcomers and Oscar-winners alike to enjoy script writing discussions.

Some of the best episodes have featured in depth discussions about presenting mental illnesses on screen, or an open and frank discussion with Crazy Ex-Girlfriend co-creator Rachel Bloom about writing sex scenes. Scriptnotes features discussions that need to be had about representation and progressive ideology in Hollywood and writing in general. As with all of these podcasts, Scriptnotes entertains as much as it informs, and makes for a comfortable fit in your regular podcast listening schedule.

The No Film School Podcast

The most obviously titled of the podcasts here, The No Film School Podcast is your one stop shop for newcomers to filmmaking. The ethos of the podcast is to share a pool of knowledge around the world, and sure enough, this show manages to do that expertly.

The scope is broad and complex, touching on everything from camera types, to WGA rules, to acting and directing, and editing techniques. This is the sort of show that you need a notebook and pen by your side as you listen as you’ll prep yourself for your next project or add another lens on your filming wishlist. A recent episode had an in depth discussion about the future of films, asking the question about whether patrons will pay $30 to watch Mulan at home, pointing towards the snout to sausage purview of the podcast. Engaging and illuminating, this one is a top tier textbook show for up and coming filmmakers.

Here we have the only podcast on the list actually based on a film, with Score: A Film Music Documentary being the welcome template for the podcast Score: The Podcast. Hosts Robert Kraft and Kenny Holmes discuss the art of writing music for films, highlighting the narrative importance of composing, all the while celebrating the way that a score can be its own artistic entity that lives outside the film it was composed for.

Some of the most engaging discussions have been with Oscar nominee Nicholas Britell, whose empathetic music has earned him the highest accolades from his peers, through to a recent discussion with Lord of the Rings composer Howard Shore, who touches upon the need to find the right venue to record a score. Given the prominence of temp track composing and the way that has changed films, Score: The Podcast reminds listeners of the value of great composing.

The Directors Cut: The DGA Podcast

The biggest shame about The Directors Cut is that the majority of the episodes only go for a half hour. These in depth and engaging discussions positions an established directors with a counterpart, and the two engage in a post screening Q&A about their film. Hosted at the Directors Guild in Los Angeles, The Directors Cut is a frank, comfortable, and illuminating podcast that may be less educational than other shows on this list, but certainly no less informative.

Get a Life, Alright! Director Joy Hopwood Talks Increasing Diversity in Australian Films, Creating Romantic Comedies, and Inspiring Others in This Interview

Great discussions include ones Greta Gerwig and Rian Johnson exploring the creative energy behind transforming an iconic text like Little Women, or titans Martin Scorsese and Spike Lee going on about their creative works and New York. Each awards season, the DGA nominees dig into their nominated films and explore them together at length. This is an exciting listen at all times, and a suitable opportunity for aspiring directors to learn from the greats.

See also: The A24 Podcast

Admittedly, I’m a little new to The Cutting Room Podcast, a show which I discover as I researched this article, but from what I’ve heard so far, this in depth discussion show brings listeners fascinating discussions about the art of editing. There’s ten years worth of episodes here, with some of the industries finest talking about their process.

Given editing is one of the more misunderstood aspects of filmmaking, The Cutting Room makes it easier to understand how editors work and what methods they undertake to turn a film into its final form. Not only does this kind of show help inform filmmakers on how to hone their craft, but for critics out there, it helps the digestion of films better.

A few other notable shows:

What filmmaking podcasts do you listen to? I’d love to hear about any costume design, set design, or special effects podcasts out there, so drop them in the comments or send us an email. 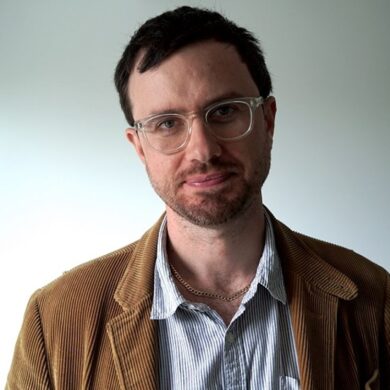