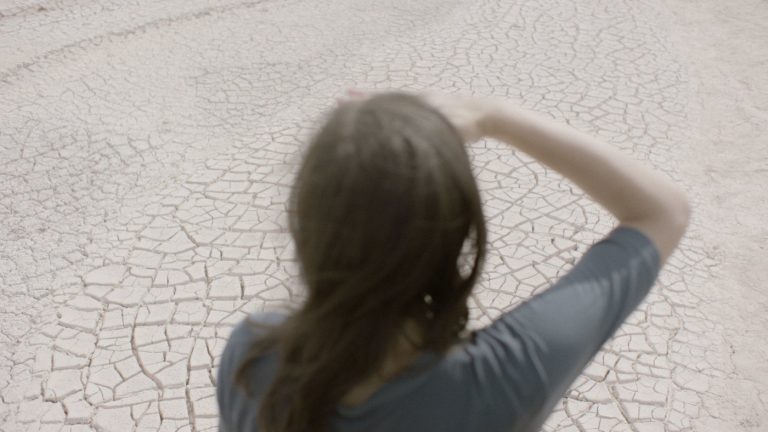 At the end of Rachel Ward’s Directors Chair discussion at 2019’s Cinefest Oz, she was asked a question about what advice she would give her younger self. Her response, just like the rest of her talk, was frank and eye opening, saying, ‘I would want to be in an industry where I’m needed and valued’. While Ward’s discussion covered a lot of necessary talking points about what needs to be done in the Australian film industry to help foster and encourage diversity, it also touched on the subject of trying to retain talent in Australia. With each successful Australian film, the filmmaker or talent behind it inevitably find themselves with a career path overseas, leaving the ever-evaporating Australian market behind. These topics are all deep and worthwhile exploring, with one of the major questions being, is a film industry that appears to outwardly reject the work of Rachel Ward worth supporting?

But, ever the white man that I am, I walked away from the talk thinking about myself. I’ve long needed a bio about what The Curb is as a website. Sure, it breaks down to being Culture. Unity. Reviews. Banter., which is a pretty straight forward explanation, but what else on top of that? What kind of culture? What kind of unity? What kind of reviews? What kind of banter? And, thanks to the Rachel Ward discussion, and my time at Cinefest Oz, I’ve come away with a clearer idea of what I want this website to be.

Now, I’ve been writing reviews and talking about film for a long while, but this current iteration of my work has only been living since July 1 2018. Part of why I got into writing about film was because I found that after the end of David Stratton and Margaret Pomeranz on TV, there was a distinct lack of coverage for Australian films. Inspired by the work that Perth local Matt Eeles does on Cinema Australia, I decided that I had the energy and willpower to write about the Aussie films that nobody else is writing about. (To clarify, yes, there are people writing about small Australian films, but not enough.) With that in mind, I made that the core focus of what I wanted to do as a writer.

I’ve loved being able to bring films like All This Mayhem, or Strange Colours, or Beast, or Me & My Left Brain, to the attention of film loving folks. I’ve loved being able to talk to the filmmakers about their films, and find out why they make them, and to hear their struggles in trying to get their films in front of an audience. Nothing makes me happier than hearing that someone sought out a film based on a review I wrote. On top of that, getting feedback from the filmmaker that they appreciated a review – positive or negative – is always welcome. There’s an aspect of validation there – wanting to know that someone has read your work, and in turn, that person wanting to know that their film/book/game/whatever has been watched/read/played/etc is necessary. After all, why else would art be created other than to be appreciated and enjoyed?

With that said, the illusion that filmmakers are rolling around in cash, living the high life, is one that’s pure myth. It’s simply not the case. Reading this article about Australian artists having to juggle three jobs to make a movie is depressing. Yes, making films is a privilege. Much the same as writing about films is a privilege. I won’t deny that it’s nice to be able to get free tickets to films and to talk to the people behind the films. But, I don’t earn a buck from this website. And, like many Australian filmmakers out there, they don’t earn a buck from their films. They may be lucky to catch a few views on whatever streaming service their work finds a home on, but other than that, the audience for Australian films is oddly lacking.

This is all an extended way of saying that if there’s one core aspect of what I want from The Curb as a website, it is to be able to continue to support Australian filmmakers and artists with broadening an audience for their work. I hope to do this by providing a foundation for reviews, articles, interviews, and promotion of Australian content. I want to continue to shine a light on those films that you’ve never heard of, the ones that struggle to get an audience at the cinema, or those that struggle to get into a cinema at all. I want The Curb to be a place where people are reminded about why the Australian film industry needs support. I want to try and help make people care about Australian cinema once again.

While I’ve long said that I don’t want coverage of blockbuster films, it is inevitable that if I – or anyone else who writes for the site – have something useful to say about non-Australian content, then we’ll put it up. This is why you’ll still see reviews for films like It Chapter Two or Once Upon a Time… in Hollywood. I do still want this to be a ‘different’ website than what else is out there – I want the less standard fare to be discussed. I have no issues with superhero film reviews, but I can’t help but feel that there is little of note that can be added to the discourse, so there will be minimal coverage of the latest Marvel film.

When a new writer comes along and asks me what the writing style is for the website, I struggle to give them a good answer other than saying, I want your voice. I feel that I write a little differently than other reviewers out there, and that’s part of the reason why I’ve never ventured outside of this website to write for other sites/people. (This is not to say that I would never do that, so if you ever want my words for something, then please, drop me a line.) I would never expect other writers to follow how I write, which is why I find it much more interesting to read other peoples views as to why something worked for them or didn’t work for them. I try and avoid prescribing films to people to review, instead, I’d rather find out from someone why they sought something out. If someone can put forward an interesting case as to why something deserves to be watched, then I’m more likely to seek it out, and I would hope that that is the case for all the reviews on the site.

I couldn’t help but think, what chance does Australian film criticism have?

In a recent issue of Metro magazine, Anne Rutherford talks about the necessity of film culture, and how the importance of discussions about film is as vital as the need for commercial success and diversity. It’s an essential read – as is every article in Metro magazine – and one that touches on a lot of points that I’ve long thought about and discussed. The majority of film critics in Australia are hobbyists – we’re doing it on the skin of our own back, plugging away on the fumes of free movie tickets and free booze. If you’re not in academia, then you’ve also likely got a patreon page set up and plug it endlessly in the hope that you’ll be able to make enough to justify your existence. For those out there who live as the life of a freelancer, then you’ll find yourself in deeper waters. It’s a hard life trying to peddle your words for whoever will buy them, especially as each year passes, each word gets cheaper, forcing you to write more for less.

I know there may be some out there who cringe at the concept of complaining about not being paid, especially when there are other areas in the world where people are getting underpaid for work that is desperate and hard. Believe me, those who write about film, and those who make films, are well aware of the luck they have in being able to do what we do. We don’t take the privilege lightly.

But, as soon as you remove the reviews of film, as soon as you take away the discussions of art, the realm of culture suddenly disappears. Call me an alarmist, I don’t mind, but the way that massive corporations have weaponised ‘fans’ against critics and those who wish to discuss the cultural value of film is one of the most harmful and toxic things to have occurred in the realm of film. By attacking places like Rotten Tomatoes, or specific reviewers for positive or negative reviews, both artists and the corporations who pay them have actively devalued their own work.

Every time I see ‘fan’ culture rally against a critic, or a corporation put out a campaign like the ‘Thanos Demands Your Silence’ (did they forget that he’s the villain of the piece, making his ‘demand’ something you should ignore completely?), I cringe. I cringe at how the film industry eagerly moves itself from being an artform into a commodity. The way that ‘fans’ rallied around the latest Avengers film to make it the ‘most financially successful film of all time’, like it was an underdog that needed supporting, caused my head to spin. How have we gotten to this point? How have we strayed so far?