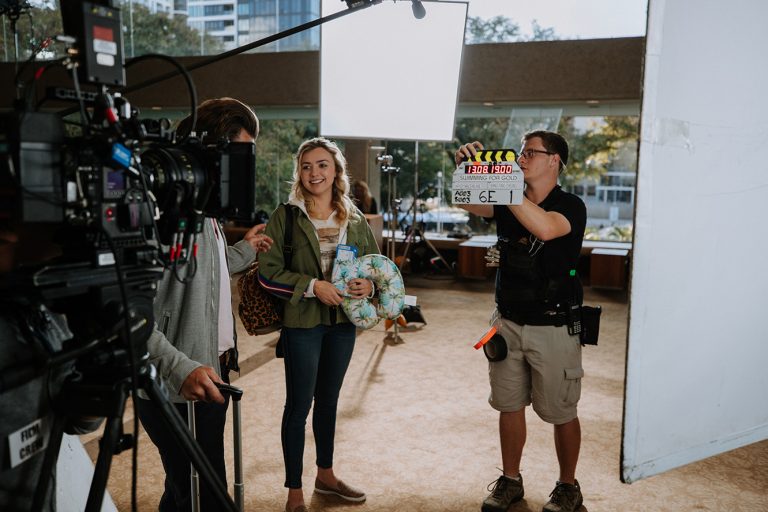 Shooting has commenced in Brisbane this week on the Young Adult feature film Swimming for Gold, starring U.S. actor Peyton List (Jessie, Bunk’d) in the lead role. List plays Claire Carpenter, a 17-year-old elite swimmer who is reluctantly sent to Australia to coach a boys’ swim team, following a jet ski accident that left her with a fear of the water. Susie O’Neill, Australian swimming icon and winner of 8 Olympic medals, Ariarne Titmus, member of the Australian Dolphins swim team, and Australian Paralympic swimmer Ellie Cole will also appear in cameo roles.

Peyton List is best known to audiences for her portrayal of Emma Ross on the popular long-running Disney series Jessie and its spin-off Bunk’d, a character she played from 2011-2018. Some of her recent credits include the Hulu supernatural thriller Light as a Feather, and the Karate Kid spin-off series, Cobra Kai, where List received positive praise from the media for her role as Tory. List is also a recording artist, and has a significant social media presence with over 16 million Instagram followers.

List comments, “I’ve visited Australia with my family, and I’m really excited to return but this time to work alongside a new cast with such an exciting script! My character Claire goes on a journey of self-discovery throughout the film, to overcome her fears. I’m looking forward to sharing this heart-warming and inspiring story with young audiences.”

Swimming for Gold is the third film by The Steve Jaggi Company for the Young Adult market, the first two features Rip Tide and Back of the Net, screening to huge global audiences following their Australian theatrical release. The Steve Jaggi Company relocated from Sydney to Brisbane in early 2019 to join the thriving Queensland film sector. The business has expanded its post-production capabilities and now supports other Queensland productions through their state-of-the-art facilities in Teneriffe.

Steve Jaggi comments “we’re thrilled to be shooting our latest feature here in Brisbane. We’ve been welcomed by the local industry with open arms and hope this is the first of many productions we film here.”

Screen Queensland CEO Tracey Vieira comments “The Queensland Government through Screen Queensland is proud to be investing in Swimming for Gold that will employ more than 65 local crew and cast throughout the 4-week shoot and inject over $2 million into the local economy.”

“This feature film will also provide key training opportunities through industry attachments in hair and makeup as well as assistant director roles demonstrating how our investments continue to grow the local capability and upskill the next wave of screen industry crew.”

“It’s also a clear demonstration of our commitment to gender parity in the screen industry giving the talented Hayley MacFarlane her first feature film directing credit, a step closer to redressing the imbalance of women in this key creative role which currently sits at a mere 16 per cent for Australian feature films.”

Director Hayley MacFarlane said “I instantly felt connected to this story of young athletes training competitively at the top of their game. With intelligent female characters and compassionate male roles, Swimming for Goldis an uplifting story that will inspire courage and friendship in viewers both young and old. Having directed projects around the world, I’m delighted to be shooting my first feature back on home soil in beautiful Brisbane.”

The film will be released exclusively through Event Cinemas in 2020. As part of the company’s continued growth, The Steve Jaggi Company is adding domestic distribution to its portfolio and will be handling the film’s theatrical release in Australia.

International sales and distribution is being handled by MarVista Entertainment out of Los Angeles, California. 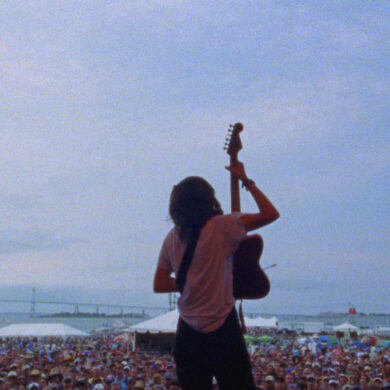