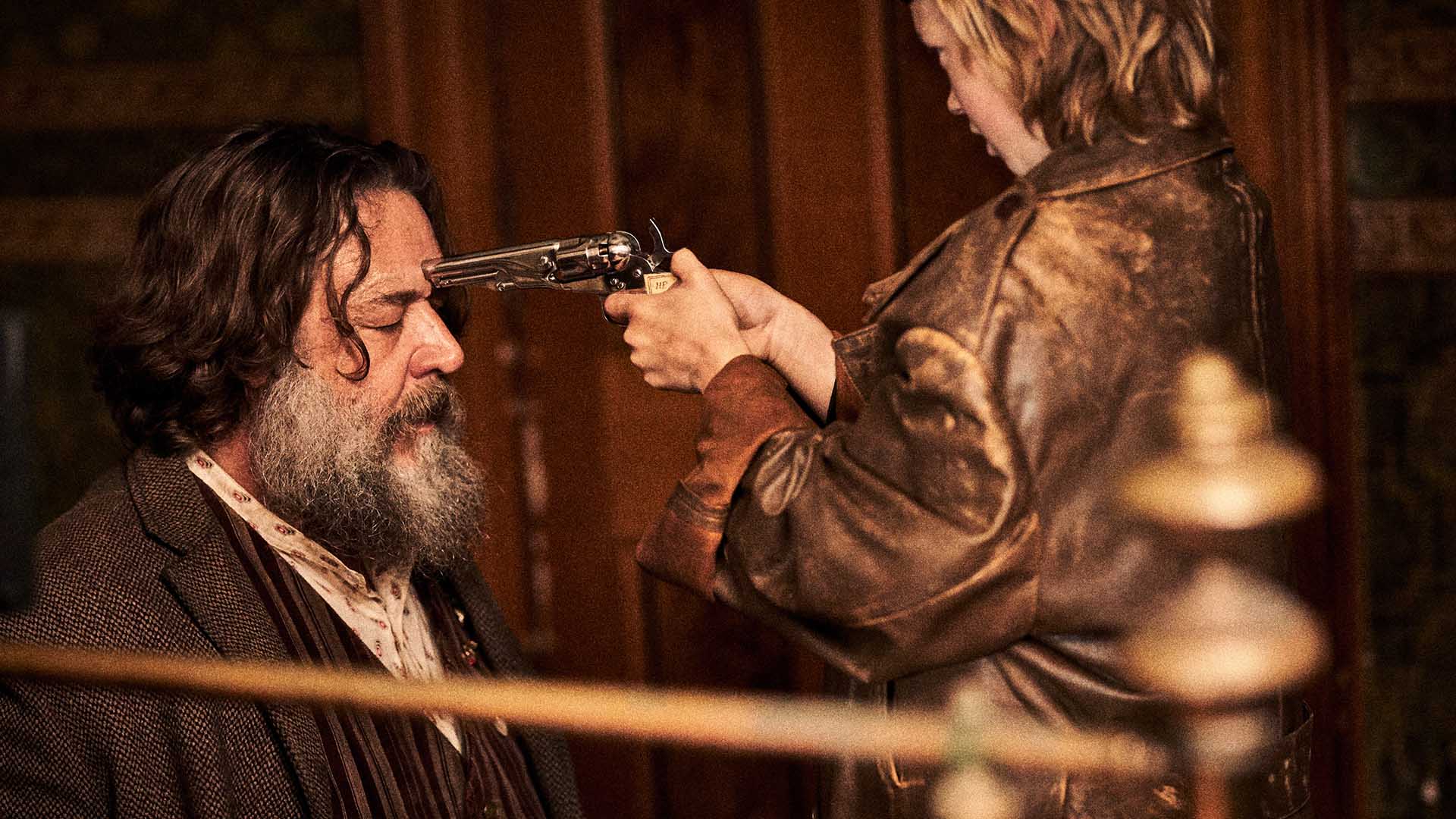 Australian masculinity, cowed, proud, manipulated and broken, is torn down, interrogated, reconstructed, repurposed. Our most indelible hero, bearded, armoured, defiant, a widow’s son outlawed, is now, as played by British import George McKay, clean-chinned, raw-boned but androgynous, sexually fluid. He snuggles and kisses best mate Joe Byrne, played by Sean Keanan, though more explicit homosexuality is left off screen. Male intimacy and eroticism is foregrounded, even with regard to the most roughshod characters; young Ned’s early rite of passage, overseen by bushranging mentor Harry Power (Russell Crowe), involves being urged to blow a naked and helpless O’Neill’s cock off; the threat of emasculation is counterpointed by the visceral appeal of actor Hunnam’s nude form. Ned, hesitant, shoots him in the leg. Later, he and cop nemesis Fitzpatrick (honourary Australian Nicholas Hoult) admire each other in a brothel drawing room; Hoult is extravagantly naked.

What I’m saying, folks, is that this Ned Kelly is as queer as a three pound note, and that should really piss off a broad swathe of knuckle-draggers who have taken the Victorian outlaw as some kind of totem of thuggish blokiness. Working from Peter Carey’s 2000 novel, director Kurzel and screenwriter Shaun Grant, who also wrote Kurzel’s 2011 feature debut Snowtown, have delivered a take on the legend purpose-built to provoke. Historical accuracy, whether by event, character, or even set dressing, is barely a concern here; rather, everything is up for grabs. The Glenrowan Hotel, a foundational part of the mythos, is here rendered as a bare, metal-walled room scarred with crude graffiti. Stick-and-poke tattoos writhe across the arms and peak from beneath the shirt collars of coarse, beautiful young men who look half Wild Colonial Boy, half bass player for a third tier act at Laneway. The effect is to force the mythical idea of Australian manliness into the same space as modern notions of the same; outlaws as rock stars, with all that the notion entails in terms of hedonistic excess and blurred, liminal identities. David Bowie as Billy the Kid.

And with that also comes the half-formed, self-aggrandising ideology thereof, full of crowd-pleasing rhetoric and low on structure and substance. Ultimately, the Ned Kelly presented here doesn’t stand for anything, for all that he’d like to. Hell, he doesn’t even know who he is as a person. Over and over again, Kurzel shows Ned being stripped of choices, opportunity, and agency, forced step by step into the Ned-shaped hole history has waiting for him. Saving a rich kid from drowning as a boy, a reward of private schooling is offered; Ellen Kelly angrily refuses, fearing cultural erasure of Ned’s Irish heritage. He’s literally sold to Crowe’s Harry Power as an indentured apprentice to outlawry. He takes a stab at traditional romance with soiled dove Mary (Thomasin McKenzie), but Ellen disapproves (her class rage only goes so far, it seems). He tries to foster a rebellion, a nod to the (fairly unlikely, believe me) occasional notion of Kelly not just as a lawless robber and killer, but a Fenian-adjacent revolutionary; his would-be rebels desert him. Even his famous last words, we learn, are not his – at least not in this version of events.

And this is what’s fascinating – hell, this is what’s brilliant about True History of the Kelly Gang: the unknowable Ned at its centre, inarticulate, battered and bruised by circumstance and social forces well outside his understanding, forced step by inevitable step from Beveridge to Glenrowan to the gallows. It’s the war between Ned Kelly the man and Ned Kelly the idea, the symbol, the figurehead, of too many contradictory causes to count. Kurzel manages to simultaneously mount the tragedy of a man effectively being killed by his own evolving myth and interrogate our current relationship to that multifaceted myth at the cost of knowing the man, which is no small feat. It will confound and anger many. Plenty of pundits will soon be weighing in on whether the “real” Ned Kelly would, could, should, or did do what we see here, but the key to True History of the Kelly Gang is understanding that this tension between history, artistry, and ideology is the entire fucking point.

Writer: Shaun Grant, (based on the novel True History of the Kelly Gang by Peter Carey)